The Bloomsbury Institute for Pathogen Research (BiPR), a joint venture between UCL and the London School of Hygiene & Tropical Medicine (LSHTM), was launched this week. 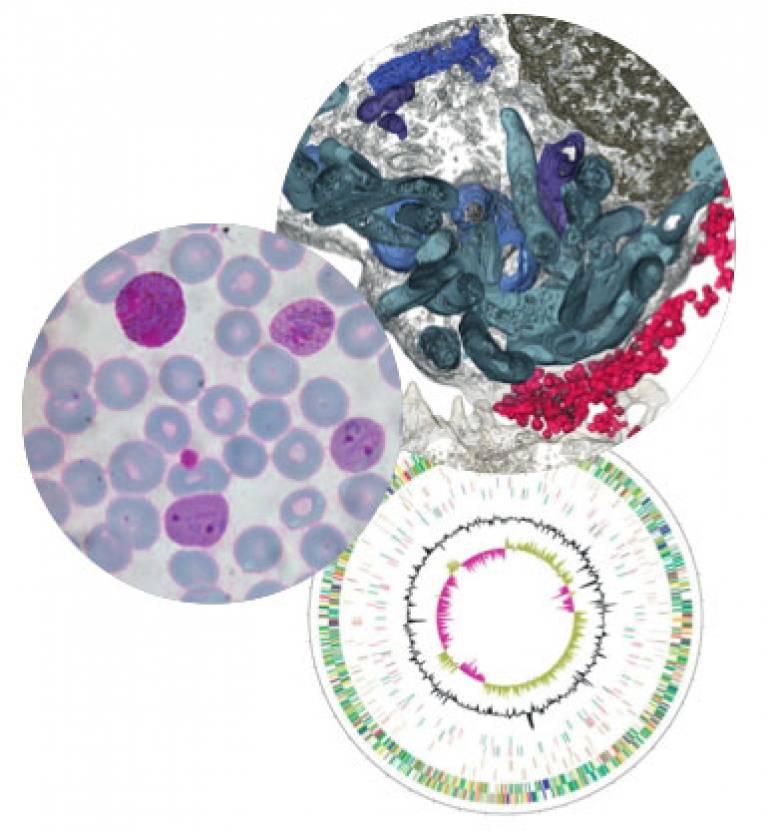 A memorandum of understanding between UCL and LSHTM has been signed establishing a framework for the Institute's development as a centre of excellence for research into pathogens - microorganisms that cause disease in human and animal hosts. The BiPR was formally launched at a meeting on Tuesday 8 November at UCL.

The venture between UCL Division of Infection & Immunity and the LSHTM will bring together more than 70 principal investigators who between them have attracted research income in excess of £100M over the past four years. The BiPR will bring together basic science, translational studies and clinical expertise from across both institutions and their associated hospitals, to provide an optimal environment to develop new drugs, vaccines and diagnostics.

The partnership will consolidate expertise to cover many different agents of infectious disease. Research carried out by BiPR affiliated researchers will build on existing national and international collaborations to address key current issues in infectious disease, the global medical and economic burden of infection, treatment failures of existing pathogens and the emergence of new pathogens.

Commenting on the Institute launch, Professor Malcolm Grant, UCL President & Provost, said: "I am delighted by this initiative. It brings together the complementary strengths of two of the world's leading scientific institutions, around a theme that is of global importance. Infectious diseases can best be tackled by combining forces and concentrating resources in this way. This is a critically important initiative."

Professor Peter Piot, Director of LSHTM & Professor of Global Health, added: "This partnership between LSHTM and UCL will bring new focus to research on infectious diseases and provide a centre of excellence for translational medicine in the UK. We look forward to combining resources and skills in this exciting venture".

Infectious diseases can best be tackled by combining forces and concentrating resources in this way. This is a critically important initiative.

A pathogen institute with a strong translational research agenda is needed because infections continue to be a major medical and economic burden, both in the UK and globally. In the UK, the burden of disease due to infection is very high. Globally, infectious diseases, including HIV/AIDS and tuberculosis, represent four of the top ten killers in low and middle income countries.

It is recognised that translational research into infection lags behind other areas of medicine and there is a need for research that better establishes the evidence base for the management of diseases. It is hoped that the BiPR will successfully bring together and build on existing expertise at LSHTM and UCL, providing a hub for implementation of clinical trials and the development of new therapies.

Professor Simon Croft (Head of the Faculty of Infectious & Tropical Diseases at LSHTM) and Professor Deenan Pillay (Head of UCL Department of Infection) are joint heads of the new Institute.

Polly Roy is a Professor of Virology at LSHTM, where her work is focused on Bluetongue, a virus of livestock, which can devastate flocks of sheep. In pioneering novel techniques to get round the problems associated with traditional vaccines, Professor Roy's group has made a significant contribution to the fields of veterinary and medical virology by using reverse genetics to produce Bluetongue virus-like particles from synthetic genes. This will enable the design of safer attenuated (weakened) viruses, which can be used to induce protective immunity in susceptible animals.

Mary Collins is a Professor of Immunology and Dean of the Faculty of Life Sciences at UCL. Professor Collins' research focuses on engineering viruses for the delivery of clinical and experimental genes, including the use of engineered viruses as vaccines. Researchers in her group have generated hybrid viruses, which use modified HIV as a delivery system, exploiting the ability of HIV to target cells of the immune response. By linking proteins from other viruses (such as influenza virus) to this delivery system, they have been able to direct the immune system to activate defence mechanisms against influenza virus. They have shown this system works efficiently in infection models and are currently developing the system for human application.