Bright Club - the thinking person's comedy night - is back at London's Bloomsbury Theatre on 11 November and this time it's going to be more dazzling than ever. 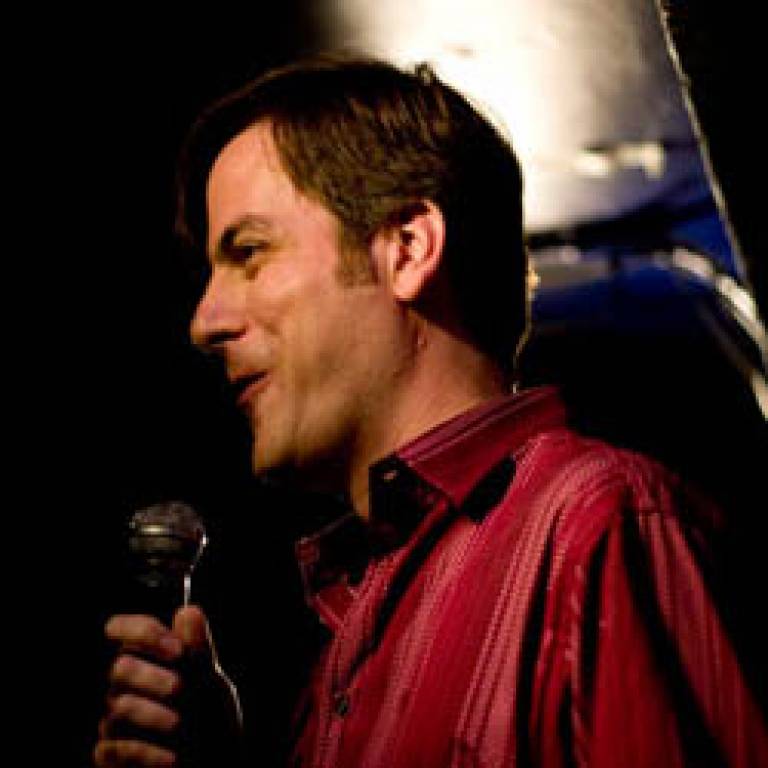 We'll be finding out about the stars in the sky, but this being Bright Club we'll also be asking the most important questions, like which celebrity writes the worst books, and whether a moustache can turn an ordinary archaeologist into a superstar.

Set up in 2009, Bright Club is now an established feature of the comedy circuit. Internationally renowned, Bright Club consists of a mixed line up of professional comedians and brilliantly funny storytellers from the world of academia.

The explosive results have spread like wildfire around the UK, with Bright Clubs springing up in Bristol, Edinburgh, Manchester, Leeds, York, Cardiff and Belfast. Bright Club starts in Sydney, Australia in January 2012.

Who knew the basement of a pub could be a more terrifying venue than an international conference full of renowned experts?

Lloyd Langford (Ask Rhod Gilbert), comedian and compere, said: "I look forward to hosting Bright Club and I hope the intelligentsia clasp me to their bosom. Fingers crossed nobody finds out I only got one A* at GCSE."

Dr Jason Dittmer, UCL Geographer, said:"Bright Club has really forced me to think about how to communicate my research in new ways. Who knew the basement of a pub could be a more terrifying venue than an international conference full of renowned experts?"

Helen Keen, comedian said: "Being on a Bright Club bill is a joy and a privilege - it's always innovative and entertaining, but as a space fan I'm particularly excited about the line up at Bright Club: Stars."

On the bill this time round: