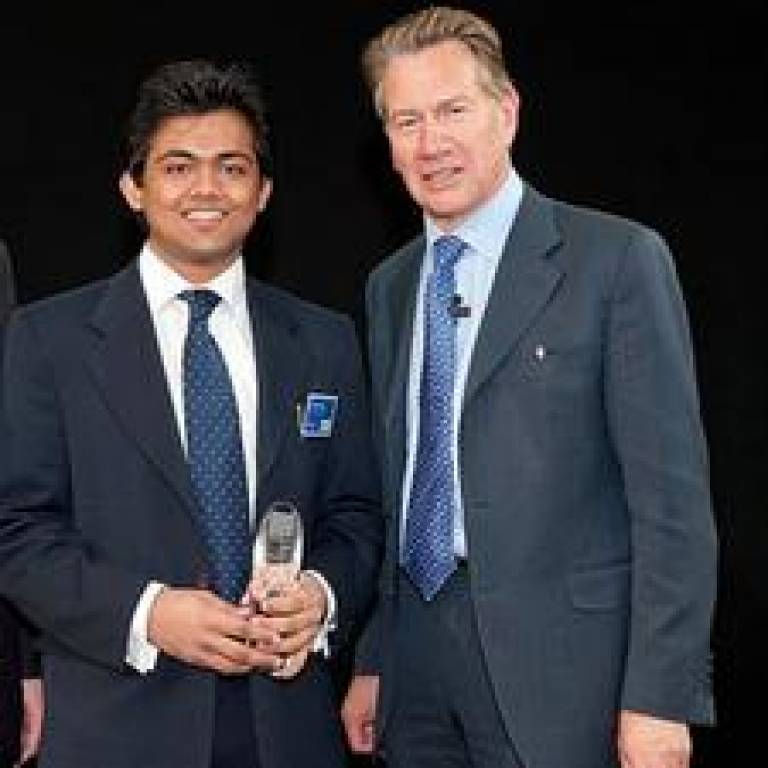 UCL students were winners in two of the twelve categories at this year's TARGETjobs Undergraduate of the Year awards in April.

Omar Nabeel (UCL Civil Engineering) came first in the Low Carbon section sponsored by EDF Energy for his ideas on encouraging low-carbon behaviour during the 2012 Olympic Games, winning a six-week summer internship with the organisation and a place at their International Leadership conference in Florida.

He explained: "As the winner of this award, I receive a work placement with EDF and tickets to London 2012! Overall I am really satisfied to have won the award. It recognises not only my work at UCL, but also its application in encouraging low-carbon behaviour."

Asif Chowdhury (UCL Economics) was a joint winner in the First Year of the Year category sponsored by Ernst & Young, which recognised a combination of academic performance, extra-cirricular activities and career motivation for which he won a placement with the organisation. He said: "I am very excited about joining Ernst & Young and meeting the CEO in Florida this summer. I would like to thank everyone in UCL Economics for their support and for providing the competitive environment which motivates me to achieve higher goals in life. I came to the UK from Bangladesh three years ago and it has been an exhilarating experience so far."

Fifteen hundred students from 140 universities entered this year's competition nominating themselves for one of the awards, each of which was sponsored by a major organisation. Shortlists of ten were nominated in each category and all the nominees attended an awards lunch presented by Michael Portillo and organised by TARGETjobs, the graduate careers website.

Karen Barnard (UCL Careers Service) said: "This shows the fantastic talent that UCL has and demonstrates that recruiters are clearly very impressed with the quality of our students."

Nine UCL students, including the two winners, were nominated in five different award categories, listed below with the category sponsor:

First Year of the Year - Ernst and Young

IT and Computer Science - BT