UCL space missions get the go-ahead 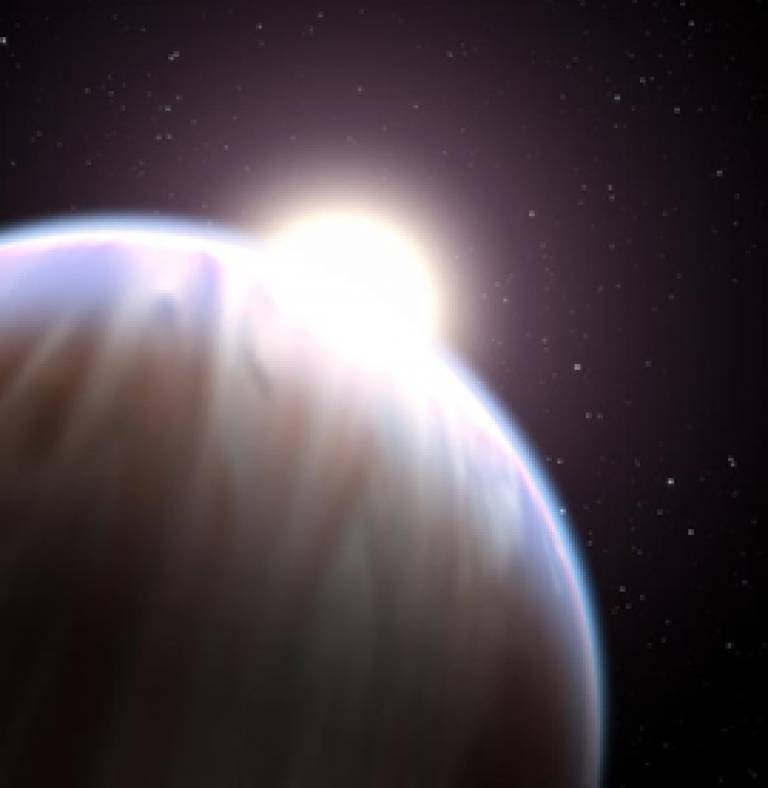 UCL space scientists are involved in two out of four missions that have been selected by the European Space Agency to compete for a launch opportunity at the start of the 2020s.

EChO - the Exoplanet Characterisation Observatory - will search for signs of life on planets which are orbiting stars nearby our sun. Led by Dr Giovanna Tinetti, UCL Physics and Astronomy, and supported by over 150 of Europe's astronomers, the mission conisists of a 1.2 metre telescope designed to carry out spectroscopy of the atmospheres of a range of extra solar planets, from giant gas planets (similar to Jupiter in our own Solar System) down to terrestrial planets in the habitable zone of some stars.

"This is tremendously exciting news," said Dr Tinetti. "One of the key aims of our mission is to see if we can detect molecules such as ozone and carbon dioxide in the atmospheres of planets not much bigger than our Earth. These molecules are key biomarkers - signs that life might be, or might have been, present."

Dr Tinetti has a strong record in exoplanet research. She led the team that made the first discovery of water in an exoplanet atmosphere, opening up a new era in understanding these alien worlds. EChO will try to and understand the chemical composition and thermal structure of these planets, through which scientists hope to unveil their physical processes, formation and evolution.

The second mission, LOFT -  the Large Observatory For Timing - will study the fast-moving, high-energy environments that surround black holes, neutron stars and pulsars - objects that can produce sudden and very rapid bursts of X-rays. The UCL Mullard Space Science Laboratory has a strong involvement in the science team (Dr Silvia Zane and Dr Roberto Mignani) as well as the engineering team of the mission.

LOFT will carry two instruments, the Large Area Detector (LAD) and the Wide Field Monitor (WFM), to be operated in parallel and search for fast X-ray variability. The MSSL engineering group will be key in developing the design of of the on-board electronics, including the payload data handling units, the instrument control units, the flight digital electronics and the power supply units on board the spacecraft. Other contributions of MSSL include technical support in the spacecraft design and in the construction of the micro-channel plate detectors of the Large Area Detector (LAD), the main instrument aboard LOFT.

"This mission has terrific potential," said Dr Zane. "We are really looking forward to the possibility of flying an X-ray instrument capable of performing such high time resolution observations. This is a very ambitious goal that will open a new window on our understanding of the strongest gravitational fields in the Universe."

Both spacecraft were sected from nearly 50 mission proposals made to the European Space Agency. "We had to overcome really tough competition to get selected for further study and possible launch," said Dr Tinetti.

Image: This illustration depicts the extrasolar planet HD 189733b with its parent star peeking above its top edge. Image credit: NASA/ESA

The Physics and Astronomy Department at UCL is located in the heart of the historical area of Bloomsbury. Scientific research and study has been a strong feature of UCL since its inception in 1826 and the Department is currently one of the top rank Physics departments in the country, and indeed the world.