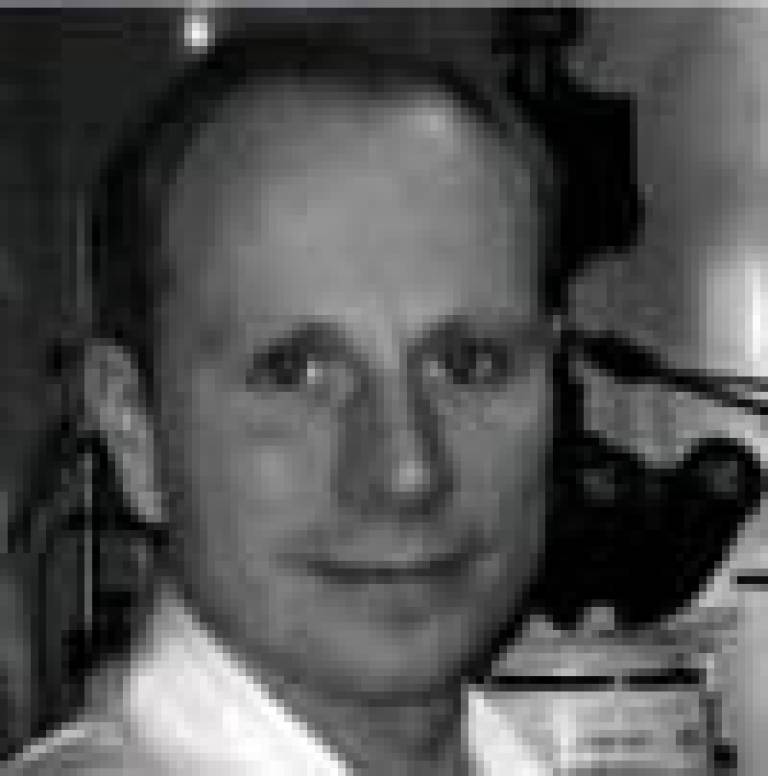 Dr Josef Kittler is a MRC Senior Non-Clinical Fellow in the Department of Neuroscience, Physiology and Pharmacology. His research focuses on understanding the biological cellular mechanisms that underlie how neurons communicate with each other, with the aim of improving our knowledge of how this goes wrong in neurological and psychiatric diseases.

Q: Can you tell us a little bit about your research and its significance?

Nerve cells (neurons) send signals to each other at specialized junctions called synapses. Neurotransmitters are released at these junctions and act on receptor proteins on neighbouring nerve cells to activate or inhibit them. We want to understand what regulates the number and activity of the receptor proteins and how this regulates synapse strength and neuronal communication. Synapses, are also sites of huge energy consumption and another key goal in the lab is to elucidate how energy is generated at synapses by energy producing organelles called mitochondria. We also hope that by understanding how synapses work in healthy neurons we may better understand how they go wrong in neurological and psychiatric diseases.

Q: What technical/technological advancement has most helped your research?

Imaging has been central to our recent progress. The ever-growing armoury of fluorescent protein reporters and sensors allows us to directly visualize many cellular processes in living cells from the movements of ions, to the diffusion of single receptors, to the trafficking of whole organelles. Coupled with new probes such as fluorescent nanoparticles and great progress in microscopic techniques we are now able to image the cellular processes we are interested in, with unprecedented temporal and spatial resolution.

Q: What is your own personal greatest research achievement to date?

I think that my labs contributions come as much from daily small eureka moments by individual lab members as from any one great 'research achievement'. Recent projects we have been excited about include using fluorescent nanocrystals to track the movements of receptor proteins at synapses, elucidating the role of nano motors in transporting receptors throughout the cell and defining the mechanisms that regulate the 'parking' of mitochondria at activated synapses to fuel synaptic function.

Q: What do you consider to be the most important outstanding question to be addressed in your field?

One is how neurons make and maintain appropriate synaptic connections. A second concerns elucidating the mechanisms that regulate energy provision to activated synapses and the contribution this plays in regulating synapse function and dysfunction in neurological disease.

Q: How has working at UCL benefitted your research?

UCL has one of the highest concentrations of neuroscientists in the UK if not Europe, which means that there is a large and diverse basic and clinical neuroscience community that we can tap into for input and expertise. In addition there are several excellent PhD programmes that attract the best and brightest students.

Q: What are the key attributes needed to become a successful scientists?

Thankfully there is not one specific scientific 'phenotype' - the many successful scientific 'styles' is one of the things that makes an academic environment so good for producing new ideas. But among the attributes that are amongst the most important I would include creativity, hard work, rigour and an ability to enthuse young scientists.

Q: Who has been the biggest influence on your career to date and why?

My two mentors Stephen Moss and David Attwell have been influential. I have benefitted from the fact that they have quite different styles as Principal Investigators (PIs) and so I have learnt many different but very useful things from each of them. David Attwell was my sponsor for my MRC fellowship and is immensely supportive of young PIs at UCL. I, (and I suspect, many other young researchers at UCL and beyond) have greatly benefitted from his continued advice and input.

Q: What do you most like about your work?

Great things about being a neurobiologist include being given: i) the freedom to think up and then test out new ideas about how nerve cells work and go wrong in disease; ii) the opportunity to interact with very clever, energetic and enthusiastic young researchers in my lab, which is truly a privilege; and iii) the opportunity to travel to other institutions and scientific meetings to hear about the latest research of others and to present our most recent findings.

Q: What is your favourite brain related fact?

The 'numbers' never cease to astonish me. There are of course the billions of neurons and trillions of synapses that make up the human brain but I am also continually amazed by the sheer size and complexity of the nerve cell surface membrane. There are estimates that just 1 cubic millimetre of human cortex may contain up to 4 kilometres of axon and 400 metres of dendrites.