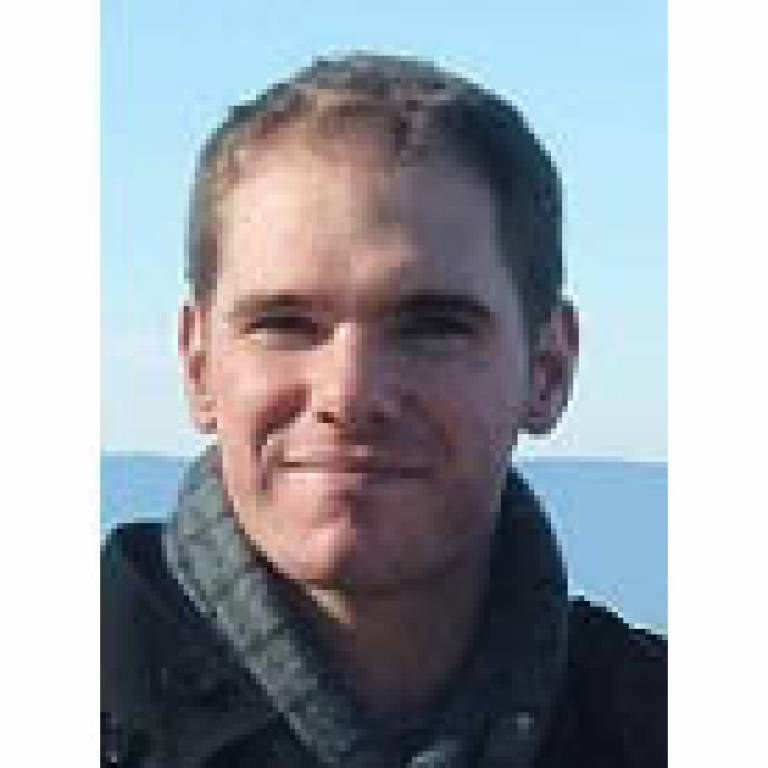 Dr Jonathan Roiser is a group leader at the UCL Institute of Cognitive Neuroscience. His research interests lie in understanding the biological mechanisms that underlie some of the most common psychiatric disorders.

Q: Can you tell us a little bit about your research?

I am interested in understanding the mechanisms underpinning psychiatric symptoms, especially those seen in major depression and schizophrenia, with a long-term view to improving both diagnosis and treatment.

Q: Where do you see your research going in the next 15 years?

Broadly, I hope to contribute to the paradigm shift in psychiatry that is really still in its infancy; that is, moving away from symptom-based diagnosis to objective classification systems that have a solid grounding in neuroscience. Of course, each individual laboratory can only play a small part in this movement, but most leading researchers in this field agree that our current classification system is impeding progress in developing new treatments. Unlike other areas of medicine, very few truly novel approaches to treatment have emerged in psychiatry since the psychopharmacological revolution of the 1950s. Unfortunately, this realisation is currently reflected by the withdrawal of several major pharmaceutical companies from research and development in psychiatry; nonetheless, I remain optimistic.

That it is the same as "multiple personality disorder"; unfortunately this view is often promoted by popular media. Another misconception is that patients with schizophrenia are often geniuses. In fact, schizophrenia is associated with profound and debilitating cognitive impairments.

Q: What's the difference between psychiatric disorders and neurological disorders?

Q: How do neuroscientists distinguish between the mind and the brain? And can the mind be studied in the lab?

The brain is the soft, folded, highly interconnected three-pound conglomeration of cells that sits inside your head. The mind is the dynamic subjective experience that the brain instantiates, including your perceptions, your memories, your information processing capacities and your emotions. I think that the mind can be studied systematically in the lab, though since we can never have direct access to the mental states of others, only indirectly through measurements of behaviour or brain responses.

Q: What's the most interesting research you've been involved in to date?

The favourite study that I ran myself is probably still from my PhD research, where we studied people who regularly took the drug ecstasy. Ecstasy users with a particular genetic variant scored higher on depressive symptoms than those without that variant, which was not the case in the control group. This was one of the first demonstrations of a pharmacogenetic interaction.

Q: How has working at UCL benefited your research?

By being next door to some of the world's most gifted and successful researchers in human neuroscience. Also by the breadth of talent in neuroscience that UCL possesses. The collaborative opportunities at UCL are extraordinary, both clinically and non-clinically, and I have performed research at UCL that would be practically impossible elsewhere.

I found working at the NIH to be very different to the UK. Because of the funding system at the intramural NIH programme, and because of the excellent patient recruitment, I felt like I could do practically any study I wanted to without worrying about how to fund it. However, no doubt this is not the usual experience at US universities!

Q: What's the biggest question about the brain for you that still needs to be answered?

I really can't answer that as I don't think that we are yet in a position to say what the questions are. I'm reminded of the answer to Life, the Universe and Everything provided by Douglas Adams (42): even if we managed to stumble across the answer, we wouldn't know what it meant! Much of our knowledge arising from cognitive neuroscience research does not fit into a single theoretical framework that allows us to be able to formulate big questions. To a great extent, we are still in a "pre-Newtonian" phase of research.

Q: What made you decide to become a neuroscientist?

I became a neuroscientist by accident - I started out wanting to work in basic biochemistry or genetics; in particular I wanted to be a genetic engineer because I thought that it would annoy my parents. However, in my second year at university I had the opportunity to study experimental psychology, and I was hooked! Now I can't imagine being anything else.