A team of archaeologists from British universities are due to return to Jersey to start their second season excavating across the island. 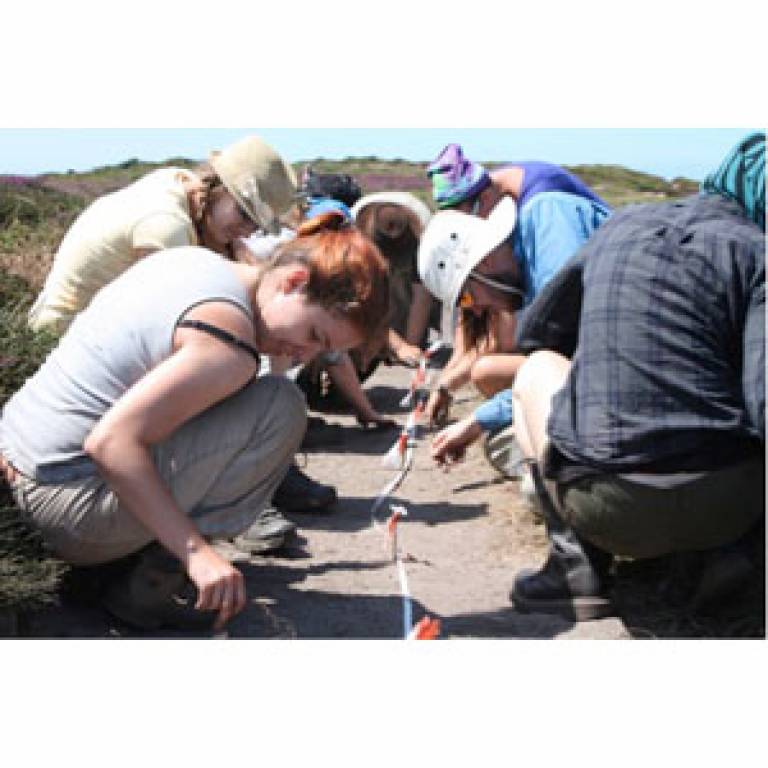 Over the course of a month they will investigate a late ice age hunting camp in St Saviours, trace buried ice age coastlines and use sonar to map ancient landscapes submerged beneath the seas off the island's coast.

The work will take place between 3rd and 22nd July by a team drawn from UCL's Institute of Archaeology, Southampton University, Manchester University and University of Wales Trinity St Davids . The project forms part of the Leverhulme-funded Ancient Human Occupation of Britain (AHOB) project based at the British Museum and has been developed in close partnership with Société Jersiaise and Jersey Heritage.

"Our 2010 season was a great success and we are looking forward to building on these results this coming summer," says Dr Matt Pope (UCL Institute of Archaeology), one of the project co-directors. "Jersey seems to have been a magnet for Neanderthals and other hunter gatherers groups over the last half million years.

"Last year we demonstrated enormous untapped potential on the island for reconstructing long term climate change and human activity over big time-scales. This year we will focus on key sites in detail and we are confident of finding new localities for future scientific and archaeological research. Through land based study and off-shore survey we are literally redrawing the map of ice age Jersey."

"This exciting discovery will tell us more about the lives of some of the first people to move back into northern Europe after the coldest period of the last Ice Age," says Dr Chantal Conneller (University of Manchester). "These people would have experienced very different landscapes from those we know today. At the time sea level was lower and Jersey and mainland Britain would have been joined to continental Europe. The site itself is located in a sheltered spot at the confluence of two valleys, with views across a broad plain. The place would thus have provided shelter, water and good views of herds of animals crossing the plain. Sites of this date are very rare, so this is an important find."

At La Cotte de St Brelade the team discovered in 2010 a mass of surviving sediment dating to the last ice age as well as an entire unexcavated part of the old sea cave system, which has no safe public access and it is cut off at high tide. This year the team aims to work on a small scale, between the tides, using modern scientific techniques to precisely date these deposits. They also hope to uncover archaeology left by some of the last Neanderthal hunters in northern Europe.

"The work we undertook last year at the site was very exciting as we demonstrated there are deposits left in the cave that many people had previously thought had been removed by earlier workers," says Dr Martin Bates (University of Wales Trinity St Davids) who is coordinating the excavations at the world famous site.

"These deposits are the least understood part of the cave sequence so it is very significant.  This year we are hoping to understand precisely what is there and develop a plan for investigation. We are also starting to look beyond the site and into the waters of the bay with the purpose of attempting to find new sites preserved on the sea bed.  We know from work around the Cotentin that such sites exist and if we were lucky enough to find similar sites around Jersey it would add significantly to our understanding of the Neanderthals and their landscape."

As well as fieldwork the team have been analysing material stored by Jersey Heritage from the original excavations at La Cotte and other sites. Archaeologists have developed new ways of looking at stone tools since La Cotte de St.Brelade was excavated in the 1970s," says Dr Beccy Scott (British Museum/AHOB). "We have been using these techniques to look at how Neanderthals were making and using the tools they left at La Cotte. The artefacts from the site don't just tell us about what people were doing at the site itself, but throughout the landscapes that are now underneath the channel. Neanderthals were travelling to Jersey already equipped with good quality flint tools, then reworking them, very, very carefully so as not to waste anything. They were extremely good at recycling!"

The work forms parts of a long term research project aimed at using Jersey's unique and world class record for the ice age to understand the movement and behaviour of humans in response to climate change over the past half million years across Britain and Northern France. "Jersey is like an ice age time capsule for us. It preserves, in a relatively small landmass, internationally important archaeology from the deep past," says Dr Andrew Shaw from the Centre for the Archaeology of Human Origins, Southampton University. "We've been very lucky to have had tremendous support from the island and are working closely with the Société Jersiaise, Jersey Heritage and the States Department of the Environment. We can use our data to give back to the island a vivid account of the island's dramatic ancient heritage for future generations."

"Jersey Heritage is delighted to welcome the team back to the island," says Olga Finch, Curator of Archaeology, Jersey Heritage. "This is a tremendously exciting time for Jersey archaeology. The period they are studying is one of the most interesting in Jersey's past. It is the time when nomadic hunters could walk across from France following herds of mammoth and woolly rhinoceros and set up camps in places like la Cotte de St Brelade.

"We know we have internationally important sites and collections from this period which have been excavated and studied for over a hundred years. But this team brings with them great opportunities - they are a new generation of archaeologists, with new technology and a new vision. We are really looking forward to their results and rediscovering the world of the first people on Jersey."

Image: The team will dig for evidence of Jersey's Ice Age past (Credit: UCL)