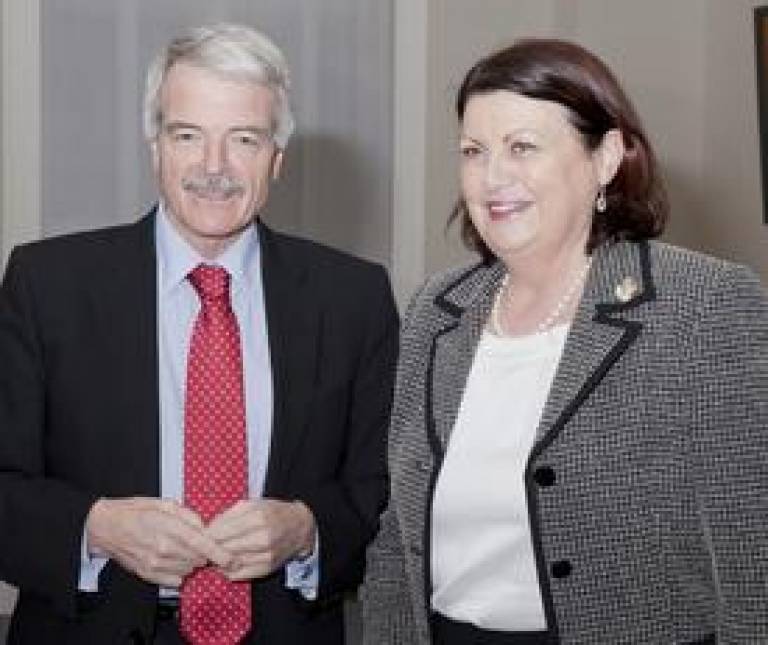 Máire Geoghegan-Quinn, the European Union Commissioner for Research, Innovation & Science made an official visit to UCL on 7 February 2011.

After being welcomed by UCL President and Provost Professor Malcolm Grant, the Commissioner was briefed on UCL strategies in relation to her portfolio. She was then given a tour of the London Centre for Nanotechnology and the UCL Centre for Sustainable Heritage.

The Commissioner also met some UCL holders of European Research Council grants, which is now commonly regarded as the most prestigious funding scheme under Framework Programme 7, the European Commission's instrument for funding research and development. Speaking at a press conference at the European Commission, Brussels, on 9 February 2011, she commented on their "really genuine and inspiring enthusiasm".

This was the Commissioner's first official visit to the UK and was her only visit to a UK university as part of it. At other points during the day, she met with the Rt Hon David Willetts, Minister of State for Universities & Science, and Sir John Beddington, the Chief Scientific Adviser to the UK Government.