Three new locations for Crohn's Disease genes have been uncovered by scientists at UCL using a novel gene mapping approach. 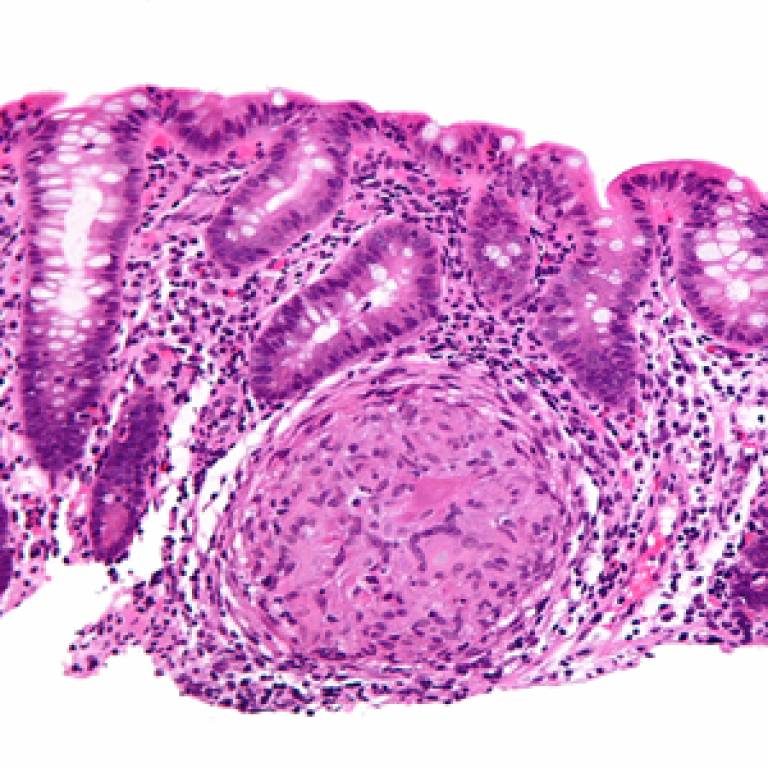 The complex genetic and environmental causes of Crohn's Disease (CD) have long been difficult to untangle. CD, a type of Inflammatory Bowel Disease that affects about 100 to 150 people per 100,000 in Europe, is characterised by inflammation in the gastrointestinal tract. Even though twin and family studies suggest a high heritability for CD of 50-60%, so far the locations of much of the genetic information implicated in this chronic disease have remained elusive.

Now, three newly identified gene regions on chromosome 16 have filled in some of the missing gaps, as well as showing that different patients carry different sets of faulty genes. Published today in The American Journal of Human Genetics, the findings could pave the way for personalised treatment and also lead to improved understanding of how complex diseases are inherited.

Dr Nikolas Maniatis, senior author from the UCL Research Department of Genetics, Evolution and Environment, said: "This paper shows how personalised medicine could work and also help to separate out patients. For example, just as there are many different types of cancer with different underlying genes, it seems that there are also mutations in different genes for different types of Crohn's Disease."

Instead of comparing lots of genomic sites, one at a time, across the entire genome, the team instead looked at segments of DNA, each of which contains many variable sites. They used a mapping technique based on refined genetic maps that have the ability to show how stretches of DNA have been passed down together through the generations. By taking this into account when analysing genetic information from patients with CD the team were able to localise the faulty genes.

Dr Maniatis said: "This project essentially maps the most likely location of faulty sites for Crohn's Disease in the genome. By combining several pieces of information together, our technique lets us increase the power of our analysis."

Applying their technique on chromosome 16, which has long been known to harbour NOD2, an important gene for CD, the team indentified three novel genes, called CYLD, IRF8 and CDH1/CDH3, associated with CD and involved with inflammation and immune dysregulation in the body. Although these genes have different functions, all three are implicated in pathways involved in CD.

Dr Maniatis said: "These are very exciting times, as we can use these genetic maps to pinpoint where the causal sites of Crohn's Disease are located. Although it has been shown in the past that a proportion of patients suffering from Crohn's Disease do not carry the NOD2 mutations, up until now no other genes on chromosome 16 have been published in genome-wide analyses."

Professor Dallas Swallow, collaborator and co-author, also from the UCL Research Department of Genetics, Evolution & Environment, said: "This research will complement the work of those examining cellular and molecular changes, and ultimately lead to more personalised strategies for treatment. The next step is to search the rest of the genome.

"Importantly the work also shows that this method will allow more information to be derived from the valuable datasets collected by organisations such as the Wellcome Trust. This method can also be used to analyse other complex disorders, allowing us to make similar progress on other diseases, such as diabetes and Parkinson's disease."

Research in The American Journal of Human Genetics
Research Department of Genetics, Evolution and Environment