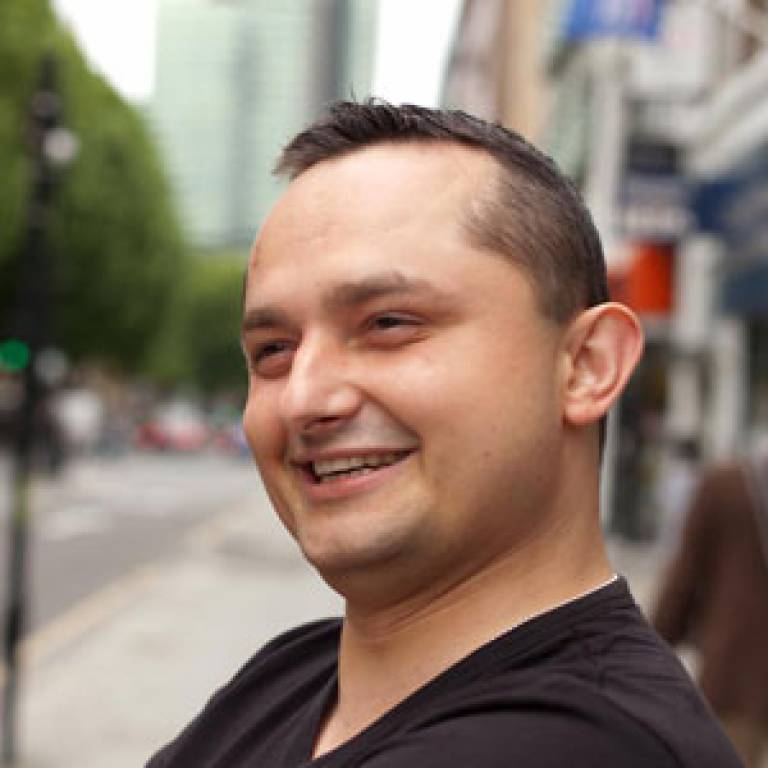 Symptoms improved significantly in adults with the bleeding disorder haemophilia B following a single treatment with gene therapy developed by researchers at St. Jude Children's Research Hospital in Memphis, US and demonstrated to be safe in a clinical trial conducted by UCL.

The findings of the six-person study mark the first proof that gene therapy can reduce disabling, painful bleeding episodes in patients with the inherited blood disorder. Results of the Phase I study appear online ahead of print today in the New England Journal of Medicine. The research is also scheduled to be presented on 11 December at the 53rd annual meeting of the American Society of Hematology in San Diego, US.

Four study participants stopped receiving protein injections to prevent bleeding episodes after undergoing the therapy and have not suffered spontaneous bleeding. Several have also participated in marathons and other activities that would have been difficult prior to gene therapy. The study participants were all treated at the Royal Free Hospital in London under the care of Professor Edward Tuddenham, a pioneer in the field of blood coagulation and a study co-author.

"This is a potentially life-changing treatment for patients with this disease and an important milestone for the field of gene therapy. It could have ramifications for the treatment of haemophilia A, other protein and liver disorders and chronic diseases such as cystic fibrosis," said first author Dr Amit Nathwani, UCL Cancer Institute, Royal Free Hospital, University College Hospital (UCH) and NHS Blood and Transplant (NHSBT).

Haemophilia B is caused by an inherited mistake in the gene for making a protein called Factor IX, which is essential for normal blood clotting. The gene is carried on the X chromosome. As a result, haemophilia B is almost exclusively a disease of men. About 1 in 30,000 individuals inherit the mutation.

Previous efforts to ease haemophilia B symptoms by introducing a correct copy of the gene have been unsuccessful.

The current study used adeno-associated virus (AAV) 8 to deliver the Factor IX gene along with additional genetic material into the patient's liver. AAV8 was picked because the incidence of natural infection with AAV8 is low. It belongs to a family of viruses that target liver cells, but do not cause disease in humans or integrate into human DNA. Participants in this study received no immune suppressing drugs prior to gene therapy. This approach was jointly pioneered by St. Jude and UCL, initially in the laboratory of study co-author Professor Arthur Nienhuis a member of the St. Jude Department of Hematology.

For this study, each patient received a one-time infusion of the vector into a vein in the arm. Two patients each were treated with escalating doses of the vector. Following treatment, Factor IX levels rose in all six patients from less than 1% of normal levels prior to the gene therapy to between 2 and 12%.

Factor IX levels increased the most in the two study volunteers who received the highest dose of the experimental vector, researchers said. After treatment, levels of the protein ranged from 3 to 12% in those men. Even modest increases that raise Factor IX production to more than 1% of normal levels has the potential to dramatically affect a patient's quality of life and reduce bleeding episodes, said the study's senior author Dr Andrew Davidoff, chair of the St. Jude Department of Surgery.

"The first patient has been followed for the longest time, and his levels have remained at 2% for more than 18 months. These results are highly encouraging and support continued research. More patients are scheduled to be enrolled in future trials scheduled to begin later this year," Davidoff said.

One of the participants who received the highest dose of the vector underwent successful, short-term steroid treatment after his liver enzymes rose slightly after the vector infusion. The rise signalled mild liver damage. The volunteer remained otherwise healthy, his Factor IX levels remain above pre-infusion levels and his liver enzymes have returned to normal. Liver enzymes also rose slightly, but remained in the normal range, for the other participant who received the highest dose of the vector. The participant also received a short course of steroids.

The vector used in this study was produced at the Good Manufacturing Practices (GMP) facility on the St. Jude campus. The GMP operates under government-approved manufacturing guidelines and produces highly specialized medicines, vaccines and other products that pharmaceutical companies are reluctant to pursue. The vector can also now be produced in a similar facility at UCL.