'Trial of the year' award for UCL study 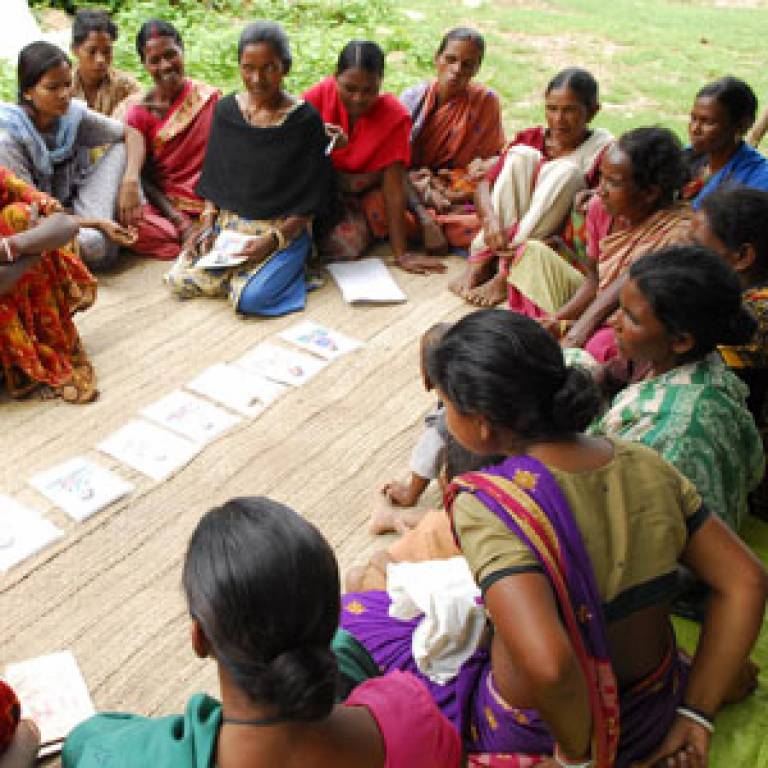 A UCL study aiming to reduce neonatal mortality rates and maternal depression in very poor communities in eastern India has been awarded 'Trial of the Year' by the Society for Clinical Trials (SCT).

The Society deemed that the Ekjut trial in Jharkhand and Orissa was an "extraordinary randomised clinical trial, conducted with high quality in a very difficult setting, and achieving dramatic results of great public health importance."

The trial was led by Dr Prasanta Tripathy and Dr Nirmala Nair in collaboration with the UCL Centre for International Health and Development, and was considered by the SCT to fulfil the following criteria:

The investigators successfully randomised 36 districts to a community intervention (vs. none) which involved using or organising village women's groups, who engaged in participatory learning and action through play, stories and games. Group members themselves identified newborn health problems within the community and selected their own strategies to address the problems, which they then implemented.

Published in The Lancet in March 2010, the trial results showed that after three years of the intervention, neonatal mortality was reduced by 45% and maternal depression by 57%.

Professor Anthony Costello (UCL Institute for Global Health), was a co-investigator on this study. Explaining the value of such a trial in the developing world, he said: "The trial was designed as a community effectiveness trial rather than an efficacy trial of a perfectly implemented intervention which would be difficult to scale up in the real and resource-limited world in which these tribal populations live. Such trials are essential in the developing world so that we can really estimate the impact and cost-effectiveness of what we do."

The trial's principal investigator, Dr Prasanta Tripathy, will travel from India to present an overview of the trial methods and findings during the SCT's 2011 Annual Meeting in Vancouver, BC, Canada in May. Dr Tripathy represents the organisation Ekjut, whose mission it is to improve maternal and neonatal outcomes in the poorest areas of India.

Professor Costello added: "We're delighted that the trial has been recognised in this way. May I offer my particular thanks to the incredible Ekjut team, to Dr Audrey Prost for her unstinting support to the trial team in India, and to The Health Foundation and the Wellcome Trust for their generous financial support."

The UCL Institute for Global Health is:

Beyond UCL, it is: