Our ability to reflect on our own thoughts, emotions and behaviour is one of the key aspects of consciousness and what makes us human, but the biological basis of this process - known as 'introspection' - has until now been unknown. 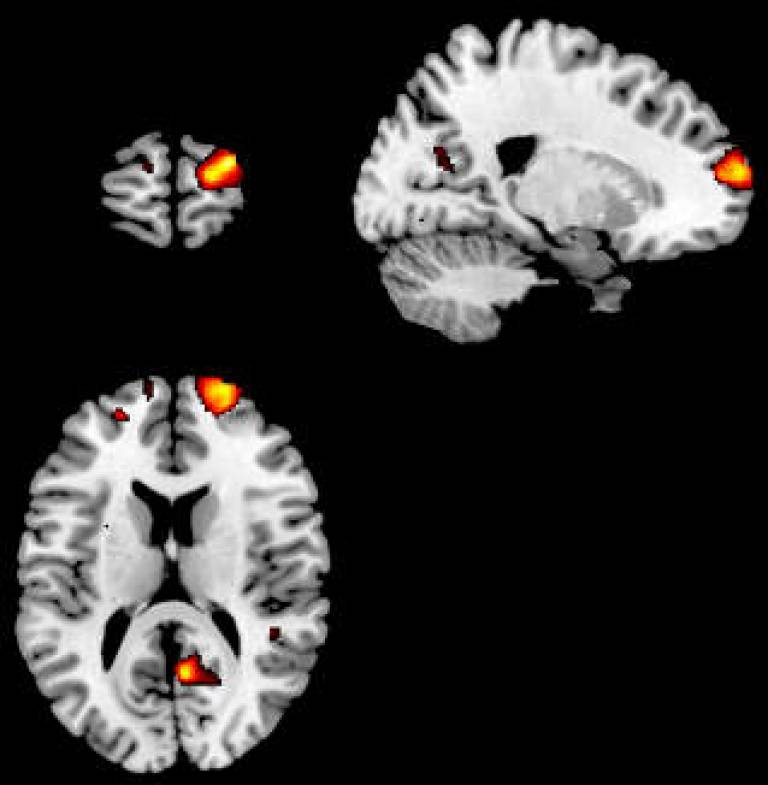 Now, researchers at the Institute of Cognitive Neuroscience and Wellcome Trust Centre for Neuroimaging at UCL (University College London) have identified an area of the brain that is larger in people who are good at introspection, suggesting that this area may play a key role in the process. The study, published in the journal Science, was announced today at the British Science Festival in Birmingham.

"We introspect when we think about our own thoughts, feelings or the decisions we have made," says Steve Fleming, joint first author of the study. "It's something we do all the time, but some people are better at it than others. Even if we don't get feedback when we make a choice, we often know intuitively if it's a good or a bad decision."

Measuring introspection has previously proved challenging. Unlike learning, where a person gets better at a task, or decision-making, where we can determine whether a person's choice is correct or not, there are no outward indicators for introspective thought.

To overcome this problem, the research team, led by Wellcome Trust Senior Fellow Professor Geraint Rees from UCL, devised an experiment that could provide both an objective measure of a person's performance at a task and also a measure of how well they could judge their own performance - in other words, how good they were at introspection.

"We made this task difficult so that people could never be entirely sure about whether their answer was correct," explains Dr Rimona Weil, joint first author on the paper. "Someone who is good at introspection will be confident when they know they are correct, because they have seen it clearly. But they will be less confident when they are not sure whether they are right or wrong."

"It's like 'Who wants to be a Millionaire?' - a good contestant will go with their answer when they're sure, and phone a friend if unsure. But a poor contestant might not be as good at judging how likely they are to be correct."

"We found a correlation between introspective ability and the structure of a small area of prefrontal cortex near the front of the brain" explains Professor Rees. "The better a person was at introspection, the more grey matter they had in this area. The same was true for the white matter or nerve connections in this area.

"At this stage, we don't know why their grey or white matter differs in this small area. Does this area develop as we get better at reflecting on our thoughts, or are people better at introspection if their prefrontal cortex is more developed in the first place?"

The researchers believe that their findings might help them understand why and how brain damage can affect a person's ability to reflect on their thoughts, and to develop appropriate interventions.

"Take the example of two patients with mental illness, one who is aware of their illness, and one who is not," says Fleming. "The first person is likely to take their medication, the second less likely. If we understand self-awareness at the neurological level, then perhaps we can adapt treatments and develop training strategies for these patients."

This research was funded by the Wellcome Trust, the UCL Four Year PhD in Neuroscience and the Medical Research Council.