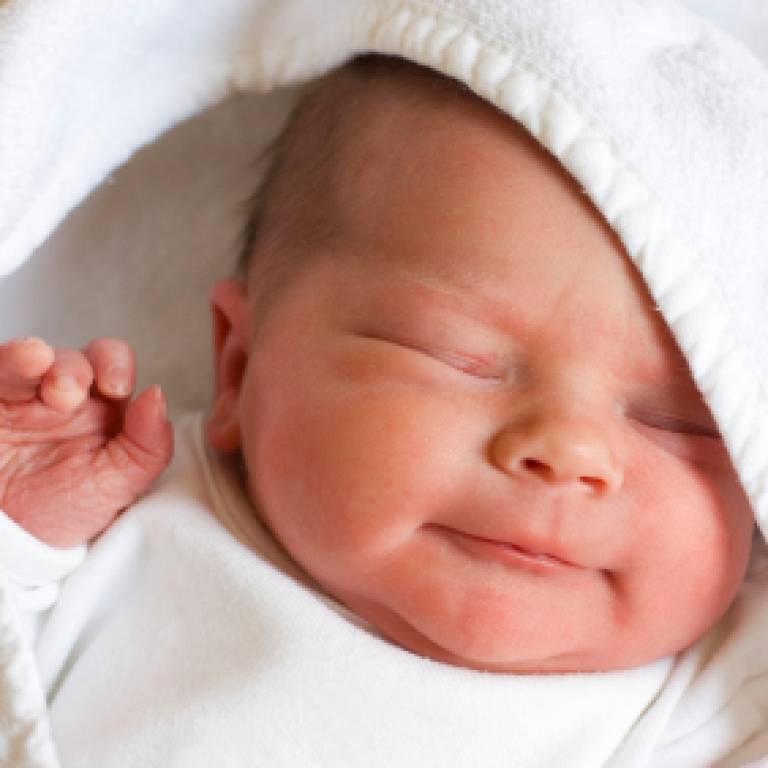 Researchers at the UCL Institute of Child Health have demonstrated for the first time in humans that feeding babies enriched milk led to statistically significant increases in body fat at age 5-8 years.

The new study is published today online in the American Journal of Clinical Nutrition. This key finding of the link between overnutrition in infancy and body fat was independent of confounding factors such as maternal Body Mass Index. Fat mass in childhood was 22-38 per cent greater in infants randomised to nutrient-enriched versus standard formula.

As increased fat in childhood is a significant risk for obesity in adulthood, the public health implications are profound. The study confirms previous estimates that more than 20 per cent of adult obesity might be caused by overnutrition, or other early excessive weight gain in infancy.

At that time it was considered ethically appropriate to give such babies nutritional enhancement in line with then current practice, a practice which may now have to be re-evaluated. Indeed, the later study was terminated on ethical grounds because of the strength of the link between early over-nutrition and later obesity. The two studies used different methods of testing body fat which, however, produced similar results. The link between over-nutrition and body fat was stronger in the study where over-nutrition took place over a longer period.

Professor Singhal said "This study robustly demonstrates a link between early nutrition and having more fat in later life in humans - a finding suggested by previous studies and confirmed in many other animals. Our findings are strong, consistent, show a dose-response effect, and are biologically plausible.

"Immediately, it raises the issue about the best way to feed those children small for gestational age, which should now be evaluated in the light of all current evidence. In public health terms, it supports the case in the general population for breastfeeding - since it is harder to overfeed a breastfed baby. And it will undoubtedly be of interest to formula milk companies wishing to improve their products."

Great Ormond Street Hospital, along with four other of Britain's world-renowned medical research centres and hospitals, is part of UCL Partners, a collaboration of world-class researchers and clinicians to create Europe's strongest academic health science partnership, focused on preventing and treating major diseases that affect the populations in London, the UK and worldwide.