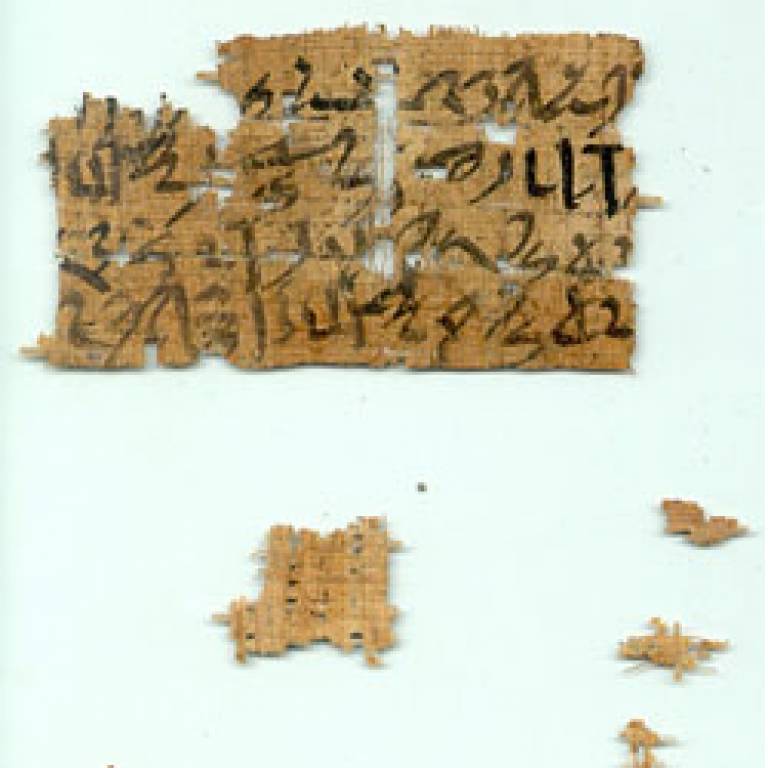 'There was a man called Neferpesdjet, who was a bold commoner…'
'Let me be given sweetness, let me be given love…' How do these stories continue?

In this audio taster, Debbie Challis, Audience Development Officer at UCL's Petrie Museum tells us more about the creative writing workshop being held at the museum as part of Black History Month that uses fragments found on Ancient Egyptian papyri as its source.

Led by Ayshan Johnston, novelist and Caribbean historian, and Debbie Challis, the workshop takes place on 6 November from 10.30am -1.00pm and is free and open to all. There will be a follow up session on Saturday 22 January to read through final compositions and feedback will be given between sessions.

To find out more about the events that the Petrie Museum will be hosting this month go to the links above.

The Petrie Museum houses UCL's Egyptian and Sudanese collections. Its importance was officially recognised in 1998 when it was designated by the UK government as being of 'outstanding importance'. Despite its small facility, it ranks with the British Museum, Metropolitan Museum in New York and Neues Museum in Berlin as one of the top specialist collections of objects from the Nile Valley region.

The collection is comprised of artefacts excavated by Sir William Flinders Petrie, commonly known as the Father of Modern Egyptology and a pioneer of modern archaeological methods. The collection is unique because it is one of the few that comes from properly documented excavations.