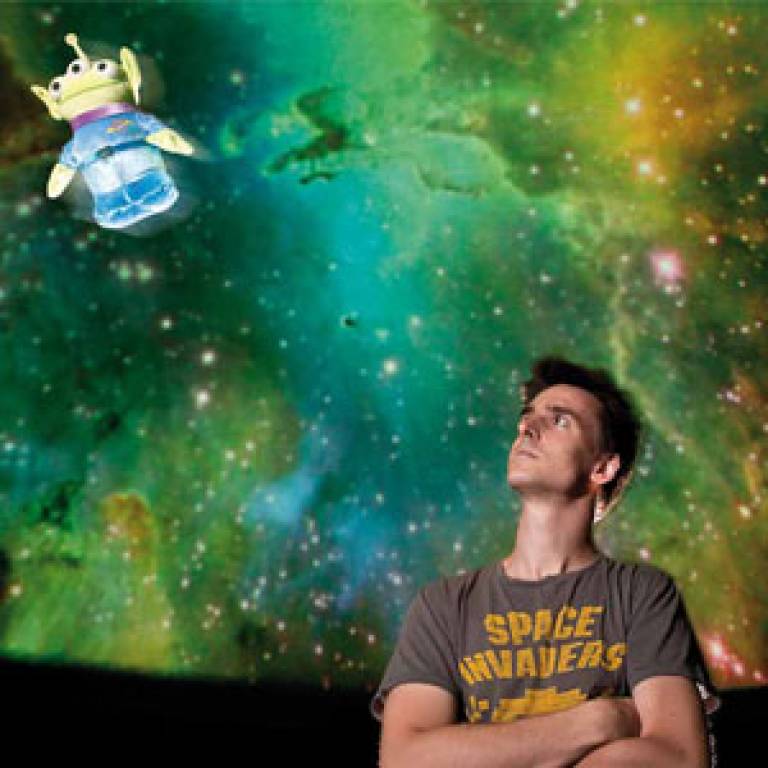 UCL scientists Dr Lewis Dartnell and Dr Petra Boynton explain their motivation for posing for Geek Calendar, a project in aid of libel reform that launches this week.

"The Geek Calendar is a fantastic venture started by three expert science communicators: Dr Alice Bell (Imperial College London), Mun-Keat Looi and Louise Crane (Wellcome Trust). The motive is to help raise money for Libel Reform, and to change the laws surrounding the use of libel actions in this country.

"There have been a number of high-profile cases recently where large organisations have attempted to use the libel laws to intimidate scientists into silence when they have spoken out about evidence-based policy or otherwise questioned the scientific foundation of particular practices - most notably Simon Singh, who was threatened with action by the British Chiropractic Association for statements he made in a newspaper article about the evidence behind the supposed medical benefits of chiropractic treatments.

"So the Geek Calendar was born to support this campaign, illustrated with quirky photographs of scientists and other geeks, and I felt exceedingly flattered to havebeen invited to take part in this project alongside celebrity geeks like Petra, as well as Simon Singh, Ben Goldacre, Brian Cox, and Jonathan Ross.

"The idea for the calendar is to capture geeks in their native habitat, so the plan for my shoot was to go for an other-worldly feel. My research is in astrobiology and the search for life beyond Earth.

"I was scheduled to give a public event at the Royal Observatory, using the awesome wrap-around graphics capabilities of the vast planetarium dome to explain exactly where we're most likely to discover alien life, and I thought this might also make the ideal setting for some photos.

"The Greenwich planetarium is as close to the 'natural habitat' of a research astrobiologist as you're ever likely to be able to reach in an afternoon, and it holds a particularly fond place in my heart. The extraterrestrial landscapes projected on to the cavernous dome also provide a far more exciting backdrop than the clinical blankness of the benches and shelves of the microbiology labs I work in at UCL.

"The photo shoot itself was an enormous amount of fun. iPhones were commandeered to act as impromptu lighting and we got some great shots involving cuddly alien toys and Mars bars."

"Given the stellar line up I was massively surprised and extremely flattered to be asked to feature in the calendar.

"Although I'd deny it if you asked me, it's fair to say I am a geek. I'm fascinated with research methods, the whole process of research and how it works, and deconstructing how we study people in the health and social sciences. 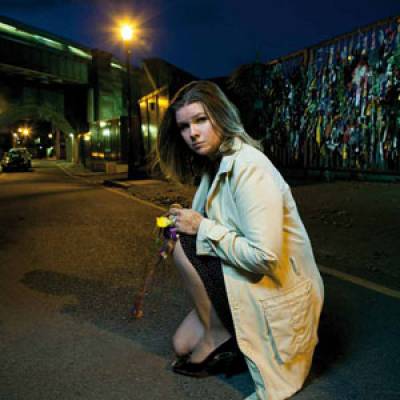 "I'm obsessed with critical appraisal and applying evidence to practice, and evaluating our health and educational activities. I'm driven to improve research practice internationally, along with increasing our understanding of research ethics, and the safety and wellbeing of researchers.Clearly when your interests are that dull you need to liven them up - and I do that through adding sex to the mix. You'd be amazed how much more understanding research governance becomes if you're considering the ethics of studying our intimate lives.Since sex research and education is so important to me I really wanted to have a photo shoot that captured that passion, as well as indicating how varied sexology is - and why it's important.

"So we eventually settled on a shoot at Crossbones Graveyard in Southwark. If you've never heard of it you wouldn't be alone. It's a pretty much forgotten part of London where 'single women' (aka prostitutes) were buried, along with paupers (including infants). Although it's part of old, hidden London, people clearly haven't lost touch with their history as the gates of the old graveyard remain adorned with ribbons, mementos and messages to ancestors, and those who have passed more recently.

"I thought it would be an excellent choice of venue because history is vital to sex research - you can't understand your present situation without understanding what has come before. Given the histories of the poor, the oppressed and particularly sex workers is so often airbrushed from our cultural memories, the idea of commemorating those who lie buried at Crossbones was a privilege. I hoped including it in the calendar would encourage people to think more about those we often ignore and overlook, those whose sexualities or sexual lives differ from our own.

"UK libel laws currently restrict our ability to raise questions about many social and health issues. The fear many journalists, bloggers, academics and activists have around being sued for asking questions or for highlighting inequalities or poor practice has a potentially devastating chilling effect on free speech. We can all do our bit to challenge this problem but you can do something right now by ordering a calendar at the link above."

Fighting for our right to debate