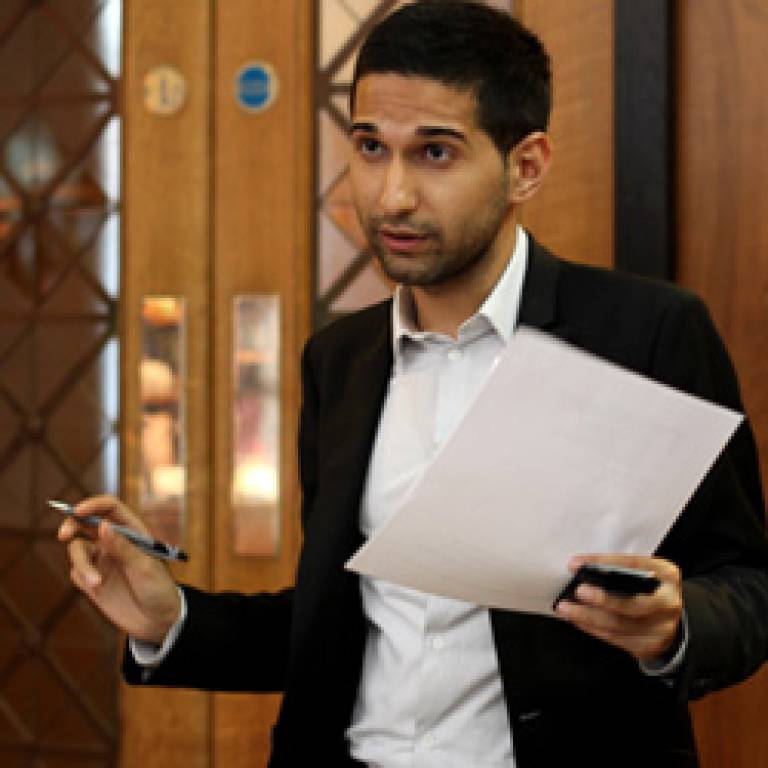 "Even today, not a single international human rights convention anywhere in the world explicitly and specifically affirms equality and non-discrimination on the grounds of sexual orientation and gender identity."

So said Peter Tatchell, global human rights activist and a co-founder of the Lesbian Gay Bisexual and Transgender (LGBT) direct action group OutRage, who spoke at an international panel discussion on gay rights as human rights at UCL on 15 October.

The event was hosted by UCL's Jurisprudence Review, the first student law journal of the UK at the UCL Faculty of Laws, and was chaired by Sir John Dyson of the UK Supreme Court.

In light of ongoing gay rights debates around the world, the panel explored some reasons for the marginal status of gay issues within the law.

The panel was attended by over 150 students, academics as well as members of civil society, including Human Rights Watch, International Lesbian and Gay Association and Liberty.

The event, which launched the 16th volume of the Jurisprudence Review, was presented in association with Herbert Smith LLP.

Mr Tatchell went on: "The best we have is that the general equal treatment provisions of some international conventions, most notably the European Convention on Human Rights, have been interpreted to protect lesbian, gay, bisexual and transgender people. This is progress, but way too slow and half-baked."

Hayley Gorenberg, Deputy Legal Director for Lambda Legal, the oldest and largest gay rights organisation in the US, emphasised the importance of visibility: "Underlying much of our civil rights work is a struggle to be truly and fairly seen; we wish to be visible and respected as fully human.

"Visibility is vital not just because people enjoy free expression - though that is a significant value.  It is also the case that the confinement to the closet sets the stage for misunderstandings and even violence.  Into the void and vacuum of invisibility rush stereotypes and inhuman imaginings that support the deprivation of rights."

In discussing the Indian battle for LGBT rights, Mayur Suresh, a practising lawyer involved in the legal action against India's sodomy law, said: "While it may not be evident, the idea of the 'human' is still contested terrain and the question of who has rights is still a question which meets tentative answers. The issue presented by gay rights in India does not merely concern LGBT people in India, but is crucial to those people who are considered less-than-human - either by social mores and custom or by the processes of globalisation and the wars on terror that it has engendered.

"The challenge posed by gay rights does not only concern the right to life, due process or non-discrimination. The gay rights question also calls into question what it means to live and love in a democratic society like India."Sir Stephen Wall, Chair of UCL Council, who provided opening remarks for the panel, noted: "Laws do not of themselves change minds but they change behaviour and, over time, changes in behaviour in turn can change the climate of opinion. I therefore welcome the engagement of UCL Laws in this urgent debate about how best to change behaviour that threatens the lives of gay and lesbian men and women in many parts of the world."

Yuvraj Joshi, editor-in-chief of UCL's Jurisprudence Review, said: "We are proud to host this gay rights panel as a part of our mandate of promoting dialogue about important legal and ethical issues. Gay rights are a pressing battle for sexual minorities with profound outcomes for law and society. This panel provides a platform for international gay rights experts to share their knowledge about gay equality and to imagine its future."

Other speakers included Robert Wintemute, professor of law at King's College London, who outlined the evolution of international gay rights and identified successful strategies for achieving LGBT equality; and Leslie Moran, professor of law at Birkbeck College, who voiced concerns about an overreliance on legal rights discourse and the effects of securing protection for certain LGBT people and not others.

UCL Laws has a world-class reputation for research. In the UK government 2008 Research Assessment Exercise (RAE), the faculty was placed joint first in the UK for the proportion of its research activity in the top two star categories.

The faculty values research not only in contributing to the quality of teaching and the supervision given to research students, but also in its contribution to the development of law and its influence on legal practice and public policy.

It holds a rich and varied programme of events throughout the year. The next is 'The EU After Lisbon Debate' on 25 October and 'National Security and the Due Process of Law' on 28 October.

Human rights at the grassroots

In the dock: how are international judges chosen?