Dr Jenny Rohn on why science is vital 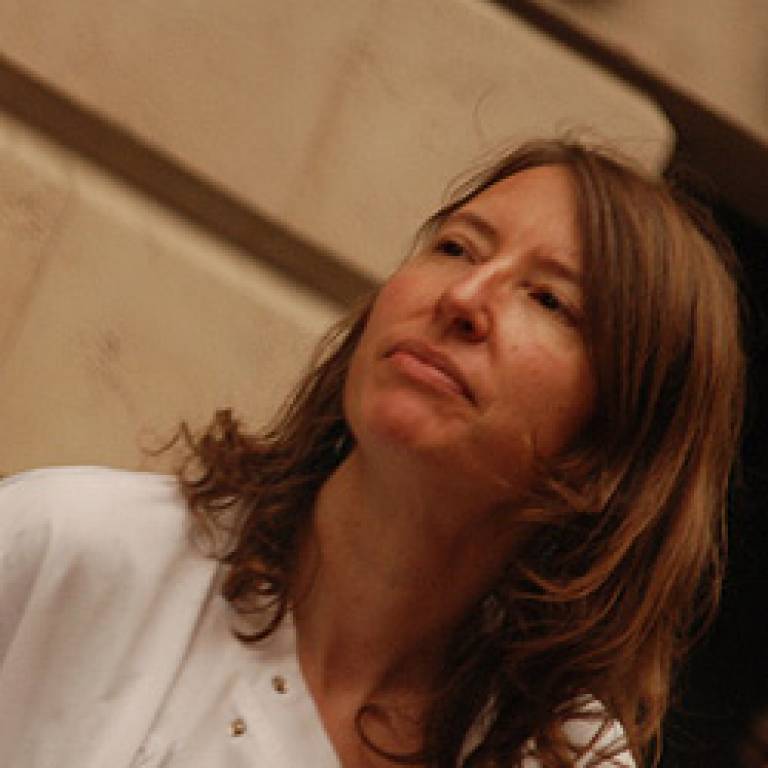 guardian.co.uk/science/political-science/2010/oct/11/science-funding-crisis-science-policy" target="_self">Coverage in the Guardian by Dr Prateek Buch (UCL Institute of Ophthalmology

UCL biologist Dr Jenny Rohn explains the motivation for her call to arms to protect science research funding that has seen her at Parliament and Downing Street this week.

"When I first started as a humble research fellow at UCL back in 2007, little did I expect that, three years on, UCL Provost Malcolm Grant would be praising me in his famous newsletter for something that had nothing to do with my research.

"The story of how I transformed from cell biologist to temporary campaigner is a whirlwind one. The setting to this tale, which began just over a month ago, is a scientific community gripped by growing anxieties about the fragile economy and fears about precisely how the Government's axe would fall ahead of the Comprehensive Spending Review on 20 October.

"On 9 September, Business Secretary Vince Cable delivered his now infamous speech signposting sweeping cuts to science funding and the need for us to "do more with less". Needless to say, this was a real wake-up call.

"Now, I've been living with the extreme competitiveness that characterises research funding in this country for some time, and am currently shadowed by the prospect of my own dwindling fellowship, which runs out in just over a year's time. I've been in a postdoctoral holding pattern for many years, and with most fellowships having an age-related component, my options have been steadily narrowing. It's now or never for getting a permanent position, and even without a new round of belt-tightening, it was already going to be difficult.

"Cable's speech made me realise that if scientists don't speak up for science, no one else is likely to do it for us. Yes, I am extremely busy in the lab, scrabbling to produce the data for an excellent paper, the magic talisman that might secure my future as a lab head. But if the cuts - projected to be anywhere from 15-45% - went through, I would almost certainly be forced out of research altogether.

"So I downed my pipettor, switched off my microscope and founded Science Is Vital, a grassroots campaign to protest against the proposed cuts in science funding, with the main aim of driving home the message that science and innovation fuel economic growth, so attacking our science base could actually backfire and hamper recovery, not help it.

"My call to arms (a blog post dashed off in a few minutes later that day) seems to have ignited a spark. Within minutes I was flooded with messages of support and offers of help. Soon, we were having our first 'War Cabinet' meeting in the Prince Arthur by Euston Station and, some three weeks later, 2,000 scientists and their supporters were demonstrating in front of the Treasury, nearly 35,000 people had signed our petition and almost 70 MPs had registered their support for our Early Day Motion. On Tuesday, I was giving a speech at a lobby in Parliament, and today, I'm part of the delegation delivering the printed petition to Downing Street.

"It's only been in the past few days that things have calmed down enough for me to be relaxed enough to enjoy lab work again. I've been helping to supervise two brand new PhD students and, like all students, they remind me of myself two decades ago. The future seemed so bright back then, a lifetime of scientific exploration stretching on ahead and promising the chance to help mankind and change the world. I hope, for their sakes, and for the sake of the entire next generation of young researchers, that our campaign manages to have some effect. We'll find out in a few weeks' time - fingers crossed."

Image: Dr Jenny Rohn, founder of the Science is Vital campaign, at the rally outside the Treasury on 9 October by Dr Prateek Buch. See more images the  Dr Buch's Science is Vital rally album on Picasa

Dr Jennifer Rohn is a cell biologist at the MRC Laboratory for Molecular Cell Biology. Her second novel about scientists, The Honest Look, will be published in November.