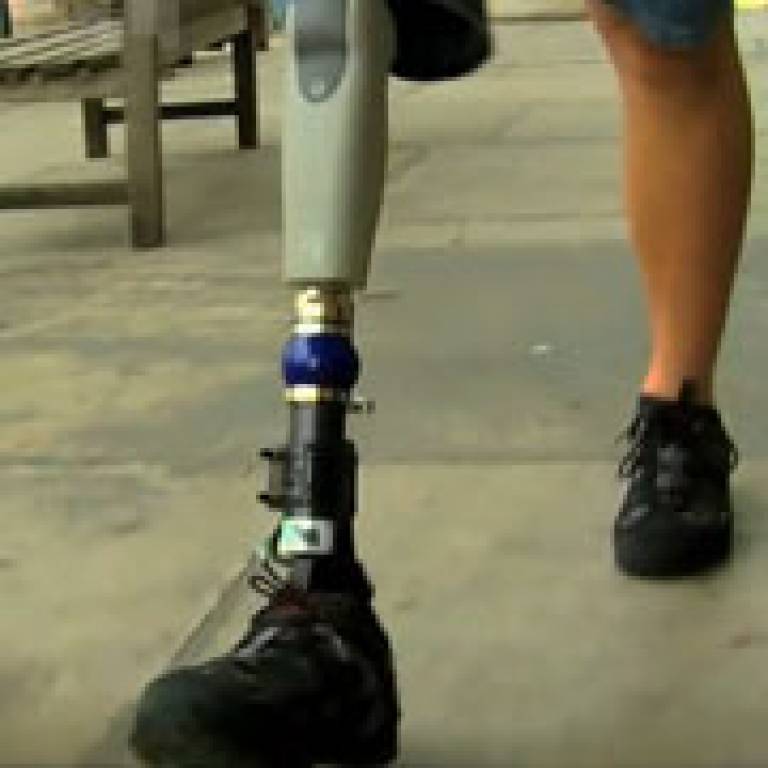 "Life-changing" prosthetic technology developed at UCL is increasing mobility in humans and animals and changing the shape of artificial limb engineering.

In this film, Professor Gordon Blunn, Head of UCL's Centre for Biomedical Engineering, explains the process of developing prosthetics for humans and animals using a new form of engineering technology called ITAP.

The ITAP device is an implant that projects through the skin via an infection-free seal enabling greater mobility and changing the lives of humans and animals alike.

Professor Blunn said: "What we have tried to do is to attach the external artificial arm or leg to the skeleton, and that has obvious advantages. It transmits the load through bone - which is the natural way of transmitting load in the body - and it alleviates the rubbing of the soft tissues in the stump - you don't need a socket for example."

Noel Fitzpatrick, a veterinary surgeon who started to use the technology with dogs and cats said: "Until this time the technology to bond skin to metal was very difficult to imagine; now through ITAP I would say we've pretty much conquered the technique of doing that and it provides reliable results."

The technology has also been adapted for Roly, who features in the film, and is the first dog in the world to have tendons re attached to a metal bone.

Professor Blunn said: "What we want to do in the future is to control artificial limbs using a thought process in the brain. We're talking about bionic limbs; it may be a few years away but I think it is do-able."

Image below: ITAP technology at work