UCL spreads its global expertise in city planning to China 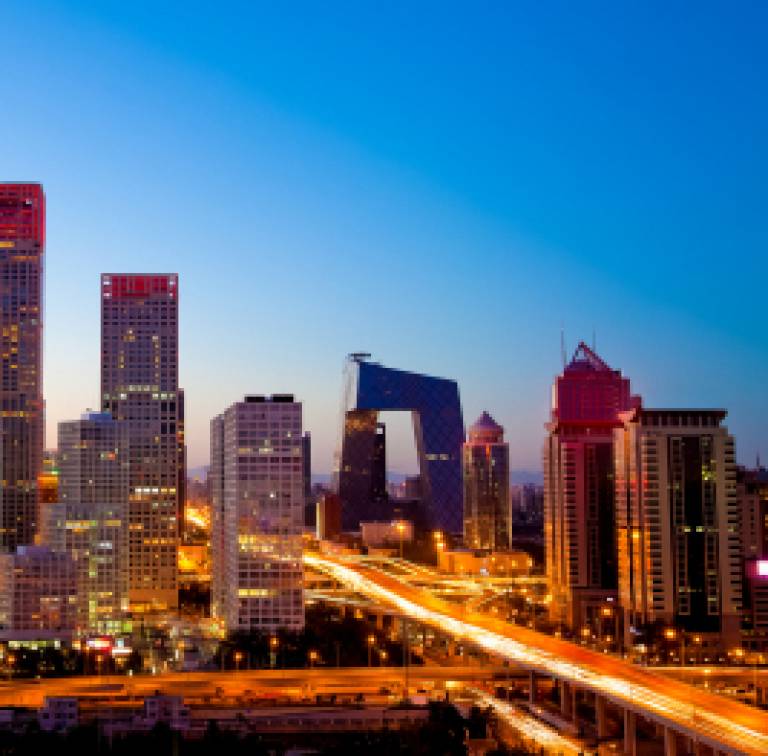 UCL has today signed two Memoranda of Understanding with officials from the Changsha-Zhuzhou-Xiangtan City Cluster (CZT) in China's Hunan province and Central South University Business School (CSU) to foster exchange of expertise in city masterplanning within the region, which comprises eight major cities and is home to 65 million people.

The agreement is part of the UK-China Business Summit led by the Prime Minister David Cameron. The signing of the memoranda demonstrates the benefits of translating research knowledge into practice and in so doing fostering closer ties with China, from which broader UK commercial opportunities can follow.

The CZT City Cluster is a critical development zone in China which aims to build a world-class, modern, ecological, liveable city cluster which addresses sustainability and industrial growth.  It is located at a natural North-South and East-West intersection hub and is therefore important in developing China's interior and strengthening regional economic competitiveness.

As part of their long-term strategy the CZT City Cluster needs to address energy demand reduction, integrated transportation systems, water, heritage conservation, regeneration and a programme of sustainable urbanisation. The Bartlett's interdisciplinary expertise in spatial masterplanning and other technical areas can contribute - in addition to the involvement of other faculties and departments in due course.

2010 has seen a concerted effort by UCL's Bartlett Faculty of the Built Environment to identify both research and income-generating activities in mainland China.  This agreement builds on decades of goodwill brought about through academic research networking activities and the significant Chinese cohort of students and staff that contribute to the social and intellectual fabric of UCL and The Bartlett Faculty of the Built Environment in particular.

Professor Alan Penn, Dean of The Bartlett Faculty of the Built Environment, who is leading the UCL team, remarked, "The Bartlett will shortly embark on a pilot project in Yiyang, one of the CZT region's 8 major cities - to demonstrate cutting edge spatial masterplanning technologies which will be integrated with Central South University Business School's economic enterprise modelling expertise to create a much more powerful and iterative tool for predicting, shaping and monitoring the region's future growth and prosperity."

The results of the pilot project will be announced at a public conference in Changsha in one year's time.  Following a successful pilot project the intention is that the modelling will be scaled up to CZT City Cluster level.

Prof Xiaohong Chen, Deputy Director of the CZT co-ordinating committee and Dean of Business School of Central South University, said: "Changsha-Zhuzhou-Xiangtan city cluster in Hunan province has been approved as the National Comprehensive Supporting Reform Pilot Area to build a resource-conserving and environmentally-friendly society in China. It will integrate people-oriented, low-carbon and green concepts into the economic development, urban construction and people's livelihood improvement. We are willing to take any new ideas as the references for the future developments of CZT that will benefit the 65 million people in this region. Based on the joint efforts of the world class experts from UCL's Bartlett and CSU's Business School, we are expecting the successful results from the pilot project, which will lead to the further cooperation between UCL and CZT." 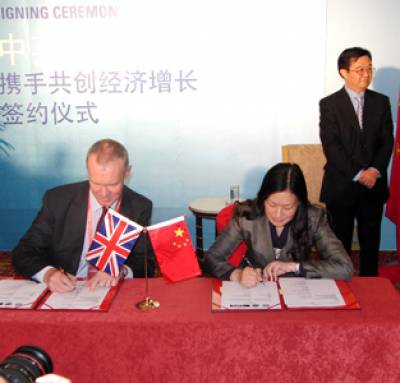 UK Business Secretary, Vince Cable MP, said: "UCL's expanding presence in China is testament to the strong economic and educational relationships between China and the UK and to the benefits that trade and overseas investment can bring to UK institutions.

"I am pleased to see more and more institutions capitalising on the opportunities offered by China's development, and I hope that this week's visit will serve to open doors for more UK firms. I wish UCL every success in their future development".

The Bartlett is one of the largest faculties of the built environment in Europe. Located in London it has a world-class reputation in its schools of architecture, planning, construction and project management, energy, spatial analytics, cultural heritage, facilities management, development projects and a brand new energy institute.

The Bartlett enjoys extensive research connections across China in addition to receiving a significant number of Chinese students on its courses each year. The Bartlett now wishes to explore further how it can contribute to sustainable development in China by working with a range of public, academic and practitioner organisations (eg. UK professional services supply chain) deploying a range of knowledge transfer mechanisms.