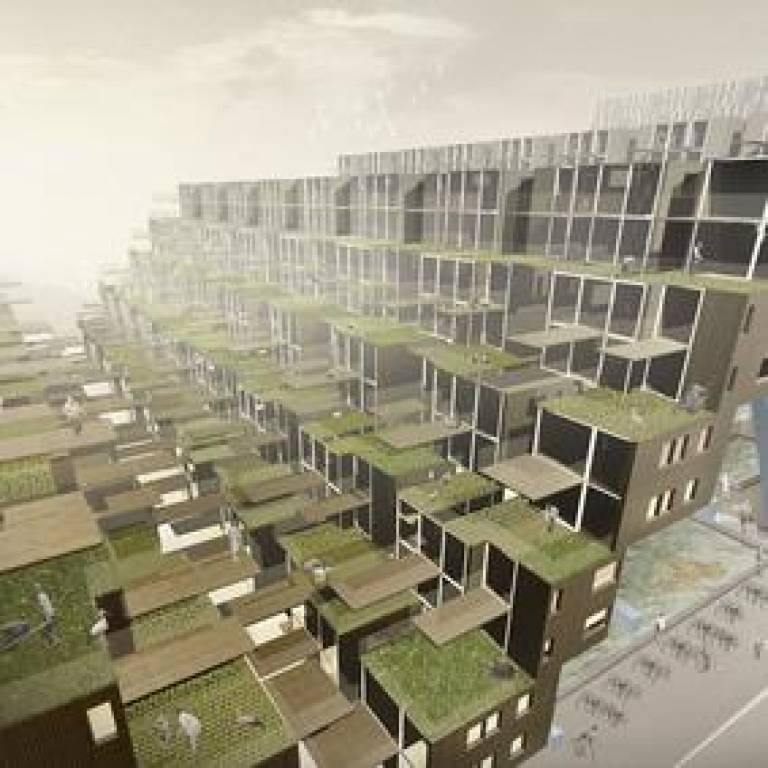 
CJ Lim, Professor of Architecture and Cultural Design at the UCL Bartlett School of Architecture, has designed an urban renewal project in his native Malaysia.

The competition, held by the Penang State Government, required architects to submit an urban renewal proposal for the Rifle Range area in Penang.

The main objective was to get creative ideas and a practical solution to redevelop the existing housing area in Rifle Range into a vibrant, sustainable and well-planned residential and commercial area.

The current flats in Rifle Range were built in the 1970s and provided housing for many of Penang's poor. Over the years, however, the general condition of Rifle Range Flats has deteriorated rapidly.

Professor Lim's winning proposal includes over 4,200 living units, public facilities, an atrium park and sports facilities - all of which will lead to new employment opportunities in the area.

Discussing the proposal award, Professor Lim explained: "I was originally from Malaysia and as this is my first Malaysian project, it's quite special to me."

The winning proposal includes an overview of how the project will affect the area:

"The scale brings with it a new dynamic and intensity, and presents a bold image for Rifle Range as well as Penang. The second wave of life and development will eventually infiltrate and can be adopted by the surrounding areas as model for sustainable urban growth."

Click on the video below to see the Rifle Range housing area as it currently looks.

British architectural education began at UCL in 1841, and since then the Bartlett School of Architecture has always been at the forefront of the international architectural debate. This is a reputation strengthened by the most recent period of its history, during which a cohort of highly innovative teachers, designers, researchers and students have created a new wave of different architectures.

The school's current staff and students, as well as its graduates, are now all inextricably involved in the production of new buildings, designs, books and all manner of architectural outputs. This a school where people constantly design, invent, explore, write, draw, teach, speculate, theorise, film, map, critique, analyse and imagine.