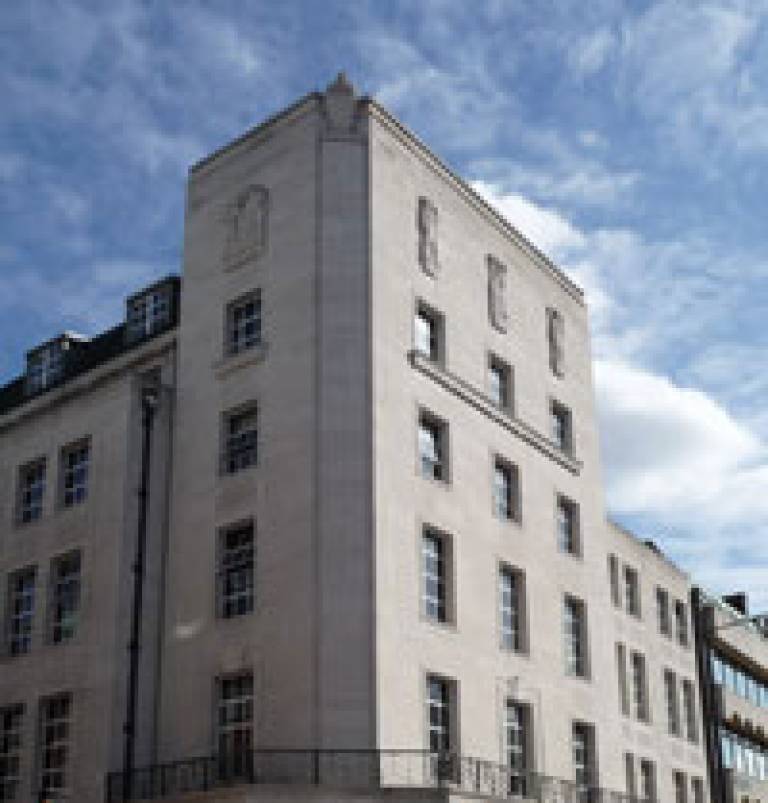 UCL Laws has launched its new Judicial Institute, the UK's first and only centre of excellence in research, teaching, policy engagement and scholarship on the judiciary.

Often referred to as the 'third arm' of government, the judicial system is of crucial importance to legal decision-making in this country, with a profound impact on all areas of society and all citizens. However, the UK's judiciary has never been subject to broad academic scrutiny, despite the fact that such study is widespread and a greater part of legal teaching and research in other countries, such as the US.

The creation of UCL's new Judicial Institute will address that gap, creating a better and more thorough understanding of the judicial system and its workings. The Institute is dedicated to the ongoing study of how judges are appointed, how they reach decisions, the operation of the courts, and the relationship between the judiciary, other social institutions and other branches of government. Its aim is to inform this vital area of legal practice, through teaching, research and public policy engagement.

Click on the player below to view a gallery of images from the event, and select 'show info' for captions

UCL Laws will mark the launch of the Judicial Institute with a panel debate on 'The Future of Judging'. The event will be held on Tuesday 16 November 2010 from 6:00-7:30 pm with speakers including the Rt Hon Lord Neuberger of Abbotsbury, Master of the Rolls, and Professor Richard Susskind OBE, IT Adviser to the Lord Chief Justice. Co-Directors of the Judicial Institute, Professor Dame Hazel Genn, Dean of UCL Laws and Professor Cheryl Thomas, Professor of Judicial Studies will speak on behalf of UCL. This timely debate will be chaired by Joshua Rozenberg, Presenter of the BBC's Law in Action.

Lord Neuberger of Abbotsbury said: "The launch of UCL's Judicial Institute is an important development. It is important because the judiciary is changing in a number of ways. It is now appointed, for instance, through an open process. More solicitors are joining the judiciary. It is becoming more diverse generally. Its role is changing. Judges are no longer simply passive arbiters, as was the case in the past. They also have a clear case management role, which will soon no doubt extend to cost management. Given the important constitutional role played by our judiciary, this calls for serious study. This Institute, drawing on UCL's long tradition of excellence, is the ideal forum for that study."

Professor Richard Susskind OBE said: "I wholeheartedly welcome the launch of the UCL Judicial Institute. I anticipate it will become the focal point for definitive research, teaching, and policy debate in relation to the judiciary. At this time of great change in our justice system, that discourse is to be strongly encouraged."

Professor Dame Hazel Genn, Dean of UCL Laws said: "The Judicial Institute is an exciting initiative that builds upon our faculty expertise in judicial studies. The Institute is particularly well-placed at UCL, with great potential for an interdisciplinary approach to scholarship in this area."

Cheryl Thomas, UCL Professor of Judicial Studies, added: "Today, there isn't a single important social issue in our society that judges at some point aren't asked to adjudicate. Yet in the UK the academic community has not really addressed the reality of judging or served the judiciary well with robust empirical research on the judicial process. The UCL Judicial Institute has been established to rectify this and create a home for world-leading scholarship on the judiciary."

About The Master of the Rolls - Lord Neuberger of Abbotsbury

The Rt. Hon. Lord Neuberger of Abbotsbury (in the county of Dorset) was appointed as Master of the Rolls with effect from 1 October 2009. The Master of the Rolls is the Head of Civil Justice and the second most senior judge in England and Wales. After graduating from Christ Church, Oxford, Lord Neuberger worked at the merchant bank, N M Rothschild & Sons, until he entered the Hon Society of Lincoln's Inn and was called to the Bar in 1974. Lord Neuberger was made a Queen's Counsel (QC) in 1987 and became a Bencher for Lincolns Inn in 1993. His first judicial appointment was as a Recorder from 1990 until 1996 when he was appointed a High Court judge in the Chancery Division and was then the Supervisory Chancery Judge for the Midland, Wales and Chester and Western Circuits 2000 - 2004. In January 2004 he was appointed a Lord Justice of Appeal. At the same time, he led an investigation for the Bar Council into widening access to the barrister profession.

In 1999 Lord Neuberger chaired the Advisory Committee on the Spoliation of Art (in the holocaust). Since 2000 he has been a governor of the University of Arts London and in 2003 became the Chairman of the Schizophrenia Trust.

Richard Susskind has specialised in legal technology for 25 years. He lectures worldwide and has been invited to speak in over 40 countries. He has written and edited numerous books, including Transforming the Law (OUP, 2000), The Susskind Interviews: Legal Experts in Changing Times (Sweet & Maxwell, 2005) and The End of Lawyers? Rethinking the Nature of Legal Services (OUP, 2008). He has also written over 100 columns for The Times.

Richard has advised on numerous government inquiries and, since 1998, has been IT Adviser to the Lord Chief Justice of England. In 2003, he was appointed by the Cabinet Office as Chair of the Advisory Panel on Public Sector Information. He holds law professorships at Gresham College in London and at the University of Strathclyde in Glasgow.