Mike Larkum, who worked as a technician in UCL Biochemistry &amp; Molecular Biology for 26 years, has sadly died. 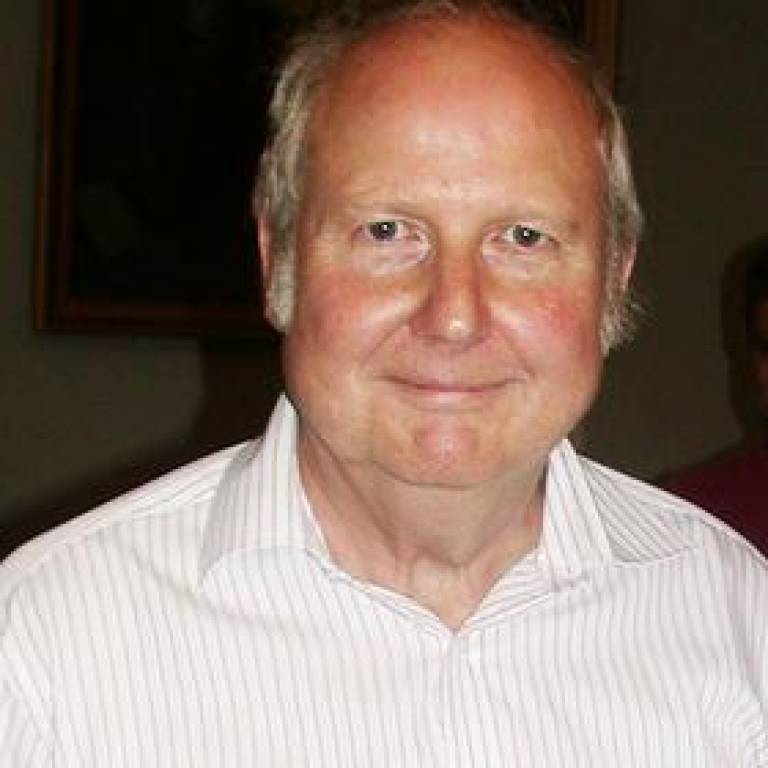 Colleagues here pay tribute to his immense contribution to their work and to UCL life.

Michael Larkum was a treasured member of the Department of Biochemistry and Molecular Biology for over 26 years. He commenced with UCL as a Workshop Electronics Technician in 1983.

He was kind, modest, unassuming and always willing to go the extra mile in order to repair faulty equipment or help with any emergency. Whenever anything needed fixing we always said: "Ask Mike!"

Mike has helped numerous students and staff of all levels throughout the department and we have much to thank him for in making our research labs and our class labs run smoothly.

He would go out of his way to fix things for us, from computers to tissue culture hoods. He would find things others had decided were beyond their reasonable life and restore and transform the items for whoever he thought could use them. Mike was a genius at fixing and building equipment. He was also invaluable in helping staff cope with the multitude of building works that have been part of life in the Darwin Building for many years.

Professor Jeremy Brockes had a paper published in Science which subsequently won a prize from the American Association for the Advancement of Science. It was critically dependent on some electrodes that Mike had designed and produced. Professor Brockes recalls: "He was a perfectionist, always wanting to proceed with modifications until we were absolutely satisfied, and woe betide us if the equipment was not used to his satisfaction!"

Mike was important for keeping the multi-million pound investment of the laboratory going, mostly fixing the small things like strange fuses and replacing cooling fan blades. The cost of these items was in the pence or a few pounds at most, but they would be inside amplifier or RF synthesizer units that are worth tens of thousands of pounds each and were at risk of drastic failure without these routine repairs.

Mike would characteristically repair these items without fuss, helping the spectrometers to run constantly throughout the year. We felt confident that Mike knew what he was doing and that by going directly to him (rather than the manufacturer) we were in very safe hands.

On a personal level, one recalls the many and varied discussions led by Mike in the technicians' tea room. These included such wide-ranging topics as The Alexander Technique (with practical examples!) for those of us with muscle complaints, the theory and practice behind 'better eye sight without glasses' and where best to view the next solar eclipse.

Mike provided innumerable crucial contributions during his long career at UCL, both in terms of his professional expertise in building advanced scientific instrumentation and in being the fixer of a vast range of diverse laboratory equipment.  He will be greatly missed both professionally and personally by many of us.

All of Mike's colleagues across the Division are extremely saddened by his death. He will be missed by everyone who has known him at UCL.