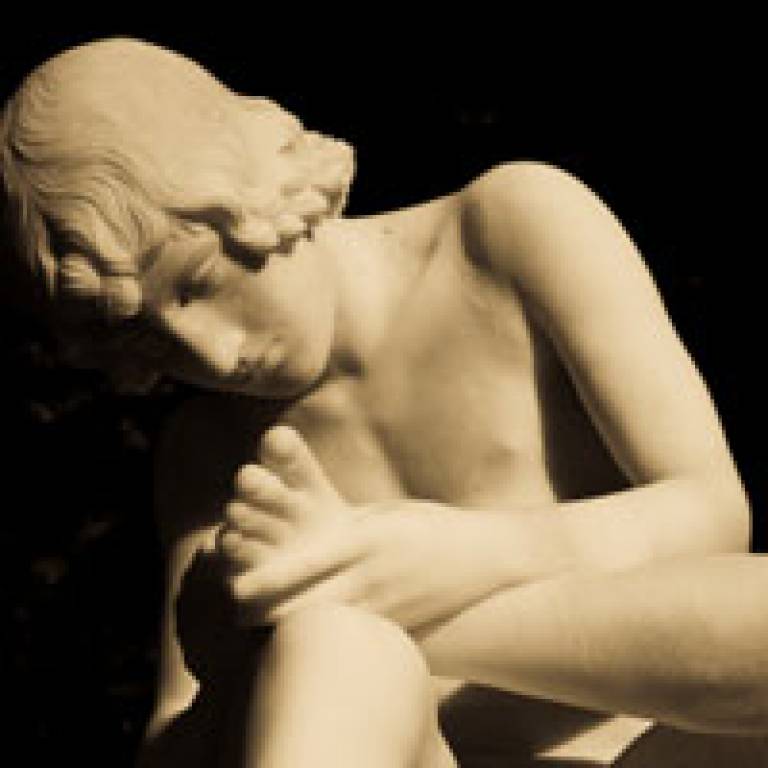 It's a discovery that seems counter-intuitive but researchers from UCL and Liverpool University have found that tendons in high-stress and strain areas, like the Achilles tendon, actually repair themselves less frequently than low-stress tendons.

The study, led by Dr Helen Birch (UCL Centre for Stem Cells and Regenerative Medicine), and funded by the Horse Trust, sheds some light on the increased susceptibility of certain tendons to injury during ageing.

Tendons, composed of collagen and other proteins, connect muscle to bone and are therefore vital for movement. Considering their strenuous activity, tendons need to be continually repairing collagen damage to avoid build-up of degraded proteins that could cause serious complications.

Not all tendons are equal though; some tendons, such as those in the hand, are primarily used to maintain proper limb placement while others, including the Achilles tendon in humans and the superficial digital flexor tendon (SDFT) in horses, have to bear a lot of weight and strain.

It would be expected that high-strain tendons would repair more frequently, but Dr Birch and colleagues examined protein turnover in the tendons of horses of various ages and found that the high-strain SDFT (located at the rear of the limb) repairs much less frequently than the low-strain common digital extensor tendon (CDET, located at the front of the limb). Birch and colleagues used an approach called amino acid racemization to measure protein age in the horse tendons.

The researchers found that non-collagen proteins in tendons have an average half-life of 2.2 years in SDFT and 3.5 years in CDET, which would be expected.

However, SDFT collagen had a half-life of 198 years, compared to 34 years for CDET collagen. That means that every year, only 0.25% of the injury-prone collagen gets replaced in SDFT tissue. Over time, degraded protein and other mechanically induced micro-damage could reduce the overall integrity of the tendon, which could lead to large-scale injuries.

Dr Birch said: "The legend of Achilles in Greek mythology is well known. As athletes build up to the London 2012 Olympics they would do well to remember that their Achilles tendons and others if not properly cared for can easily end their Olympic dream. Yet even today with the advancement of sports science, little is known about tendon health management. Our research has shown that paradoxically to sustain maximum strength may increase vulnerability of the Achilles tendon."

As to why the body would seemingly put its more important tendons at greater risk, the researchers suggest that too much repair may compromise the strength and stiffness of tendons which are used heavily, so the body tries to preserve their structural integrity at the expense of increased injury risk later in life.

The study was published in this week's Journal of Biological Chemistry and can be viewed at the links above.

Image above: Marble statue of Achilles taking a closer look at his injured heel

The UCL Centre for Stem Cells and Regenerative Medicine, officially launched in April 2009, brings together 160 research groups from several faculties, specialised hospitals and institutes across UCL including the MRC National Institute for Medical Research (NIMR), with a common interest in all aspects of stem cells, tissue engineering, repair and regeneration and the development of their therapeutic and biotechnological potential.

The UCL Institute of Orthopedics and Musculoskeletal Science (IOMS) is based on the Royal National Orthopedic Hospital Trust (RNOHT) site in Stanmore. The activities of the IOMS are mainly research based. The IOMS has an international reputation for translational research in orthopaedics, has used its scientific base to develop implant and treatment strategies for complex orthopaedic conditions, and is aligned with the interests of the RNOHT Research and Development Centres.

The UCL Centre for Stem Cells and Regenerative Medicine: one year on