Mapping and tracking the evolution of a city 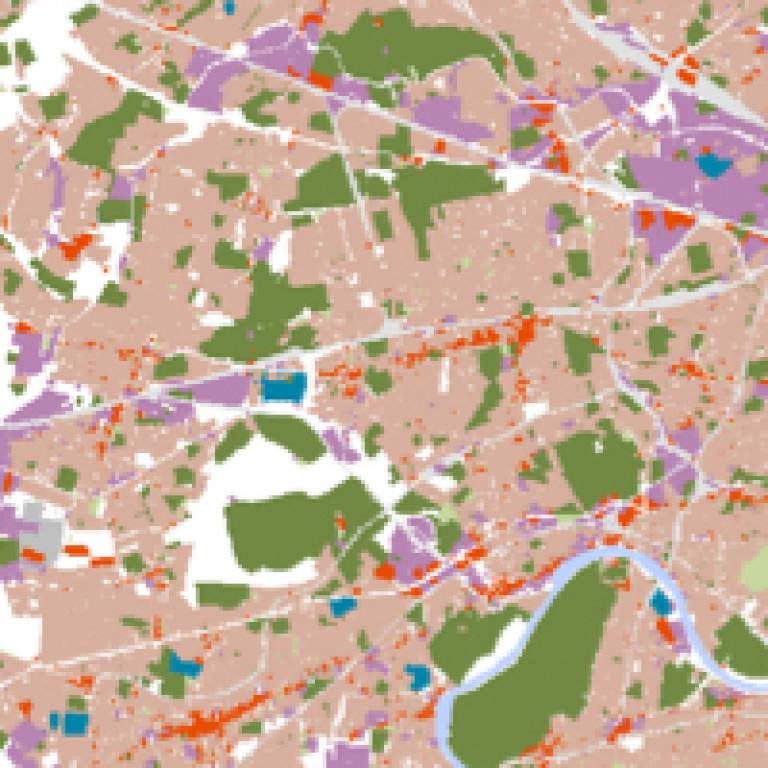 Dr Kiril Stanilov, a Marie Curie research fellow at UCL's Centre for Advanced Spatial Analysis (CASA) is developing a historical model of urban growth to explore the evolution of London.

The model will be used to investigate the forces shaping the emergence and evolution of London's metropolitan form. The results so far raise questions about common assumptions such as the sprawl of London in the interwar period and the role of the car in determining post-war growth patterns.

The model points to a remarkable constancy of spatial relationships over different historical periods and highlights the importance of pre-urban land use, land ownership patterns and infrastructure as a framework to determine future urban growth patterns.

Using a map from 1875, the model predicts with a surprising level of accuracy the patterns of development in West London for the following 130 years.

Dr Stanilov said: "My interest is in using modelling as a tool to understand the physical evolution of cities and the dynamic patterns of their growth and urban form transformations. Most of my research has been centred on the morphology of cities in the US and Eastern Europe, so a study of London was not really on my to-do list but this all changed when I came across the amazing historical maps done by the Ordnance Survey.

"These maps represent the patterns of urban development going back to the mid-19th century with an unbelievable level of accuracy and they're updated every 20 years so they offer a unique opportunity to trace and reconstruct the growth of an entire metropolis, building by building, over the course of the last two centuries. I say 'unique' because to my knowledge and according to my colleagues in the field, this has never been done before."

Dr Stanilov is currently taking a 200 sq km area of West London that stretches from Hyde Park west to the M25 as a pilot study and has already presented the preliminary results at international conferences in London, Paris, Tokyo and Hong Kong.

CASA is currently putting together a proposal for funding which would allow Dr Stanilov to document the evolution of the entire Greater London area over the last two centuries and test the model on a metropolitan scale.

Image above: A detail from the West London growth model

The Centre for Advanced Spatial Analysis is a (CASA) is an initiative within University College London to develop emerging computer technologies in several disciplines which deal with geography, space, location, and the built environment. As an interdisciplinary research centre expertise is drawn from archaeology, architecture, cartography, computer science, environmental science, geography, planning, remote sensing, geomatic engineering, and transport studies. This generates a unique blend of personnel who operate from CASA and associated departments within UCL.

Project explores the 'internet of things'