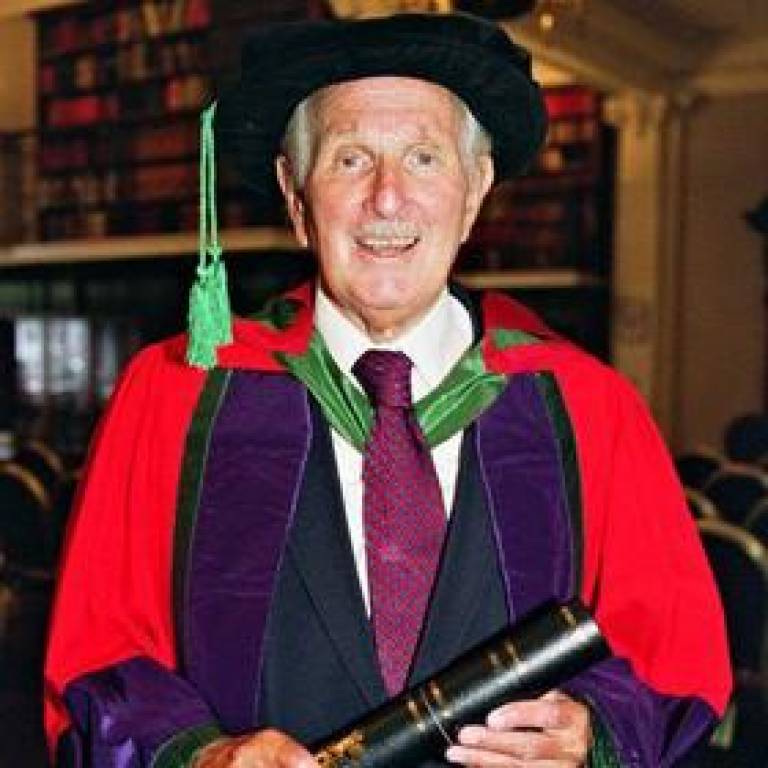 "Leonard Wolfson was an outstandingly generous benefactor of UCL through the Foundation he established with his father over 50 years ago. We enjoy the benefits of his donations in the form of many Wolfson laboratories, equipment facilities, lecture theatres and entire buildings across the campus. He was passionate about supporting the world's leading science, and managed his Foundation's affairs rigorously to secure the greatest impact. UCL was the leading scientific beneficiary of his generosity and he enjoyed his many visits here to open new facilities and examine how wisely we had spent his money. He backed the best scholars and scientists and was willing to make large grants that would make a real difference. A prime example was the scheme to acquire and refurbish the old derelict University College Hospital building, the Cruciform, immediately opposite the entrance to the Main Quad, and to convert it into the Wolfson Institute for Biomedical Research, headed by Salvador Moncada.

He last visited UCL just a few weeks ago, to participate in a function in the Haldane Room to celebrate the Wolfson Foundation's generous contribution to our library refurbishment, including the DMS Watson Science Library. He gave an elegant speech in response to our vote of thanks to the Foundation. Our sympathies go to Estelle, Lady Wolfson, who is herself an Honorary Fellow of UCL, and their families."

Art Wasserman, Director of UCL Development and Corporate Communications, added: "From its first grant in 1961, the Wolfson Foundation has become UCL's single largest donor, contributing over £25 million. This is significant in its own right, but at a time when UK universities must look to private sources for the support necessary to sustain and advance quality, the philanthropic leadership demonstrated by the Wolfson Foundation is indeed admirable. The Foundation, under Lord Wolfson's guidance, has played an instrumental role in UCL's growth and development, investing in our academic facilities and underpinning the research which has helped the university attain global recognition for excellence."