Italy should prepare for the possibility of earthquakes larger than last year's disaster at L'Aquila and take steps to reinforce poorly constructed buildings. 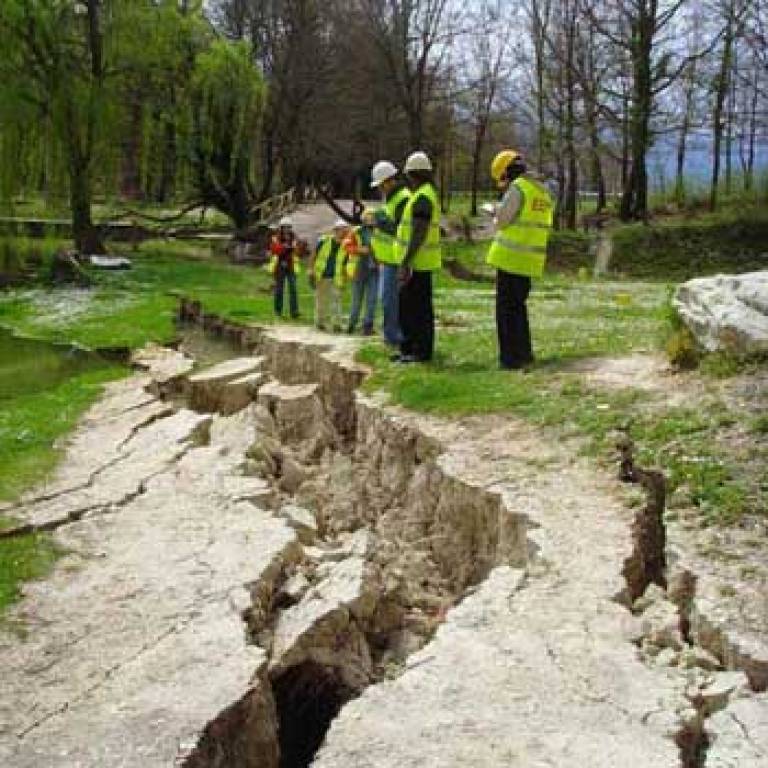 That's the conclusion of new research from the Aon Benfield UCL Hazard Research (ABUHRC) published to mark the first anniversary of the earthquake, which killed nearly 300 people in April 2009.

The earthquake, which struck Italy's Abruzzo region on 6 April, led to the collapse of over 15,000 buildings, leaving 1,500 people injured and about 34,000 living in emergency shelters.

Researcher Dr Ioannis Papanikolaou, who is based at the ABUHRC, has studied what happened in L'Aquila and identified key ways to assist seismic hazard assessment, planning and recovery, including:

Dr Papanikolaou said: "The L'Aquila earthquake is an important case study for two key reasons. Firstly, moderate magnitude earthquakes occur more often than strong events in settings where the earth's crust is being stretched. For example, Italy experiences a couple of moderate damaging events every decade compared to one or two stronger earthquakes every century.

"Secondly, the frequency of these types of moderate earthquakes is combined with their proximity to population centres which presents a high risk. Given the moderate size of the earthquake, the high level of structural damage and the sizeable casualty figures, emphasis must be placed on ensuring that the historical centres are better prepared next time as larger earthquakes are a possibility."

For more information about the work of the ABUHRC, follow the link above.

The Aon Benfield UCL Hazard Research Centre provides a conduit for the transfer of cutting-edge natural hazard and risk research, practice and innovation from the academic environment to the business world, government and international agencies.