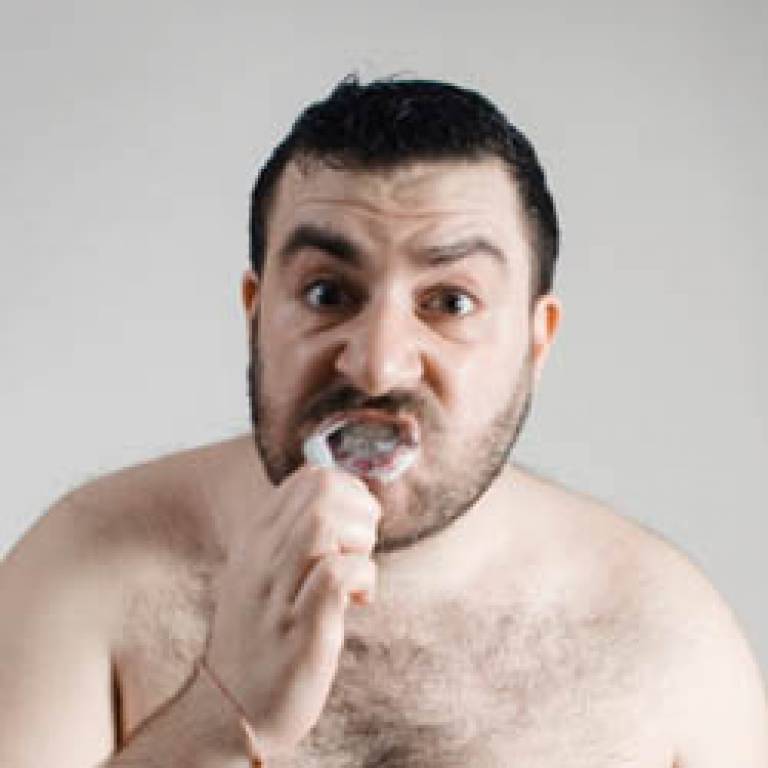 People with poor oral hygiene have an increased risk of heart disease compared to those who brush their teeth twice a day, according to UCL research published today on BMJ.com.

In the last 20 years there has been increased interest in links between heart problems and gum disease. While it has been established that inflammation in the body (including mouth and gums) plays an important role in the build-up of clogged arteries, this is the first study to investigate whether the number of times individuals brush their teeth has any bearing on the risk of developing heart disease, says the research.

The research team analysed data about lifestyle behaviours such as smoking, physical activity and oral health routines. Individuals were asked how often they visited the dentist and how often they brushed their teeth.

On a separate visit nurses collected information on medical history and family history of heart disease, blood pressure and blood samples from consenting adults. The samples enabled the researchers to determine levels of inflammation that were present in the body. The data gathered from the interviews were linked to hospital admissions and deaths in Scotland until December 2007.

The results demonstrate that oral health behaviours were generally good with 62% of participants saying they visit the dentist every six months and 71% reporting that they brush their teeth twice a day.

Once the data were adjusted for established cardio risk factors such as social class, obesity, smoking and family history of heart disease, the researchers found that participants who reported less frequent toothbrushing had a 70% extra risk of heart disease compared to individuals who brushed their teeth twice a day, although the overall risk remained quite low. Participants who had poor oral hygiene also tested positive for inflammatory markers such as the C-reactive protein and fibrinogen.

Professor Watt concluded: "Our results confirmed and further strengthened the suggested association between oral hygiene and the risk of cardiovascular disease - furthermore inflammatory markers were significantly associated with a very simple measure of poor oral health behaviour. Future experimental studies will be needed to confirm whether the observed association between oral health behaviour and cardio vascular disease is in fact causal or merely a risk marker".

UCL Epidemiology & Public Health aims to develop a better understanding of health and prevention of ill health through vigorous research and the development of research methodology. This knowledge is applied via undergraduate and graduate teaching, contributions to national and international health policy and contributions to the wider public understanding on health.