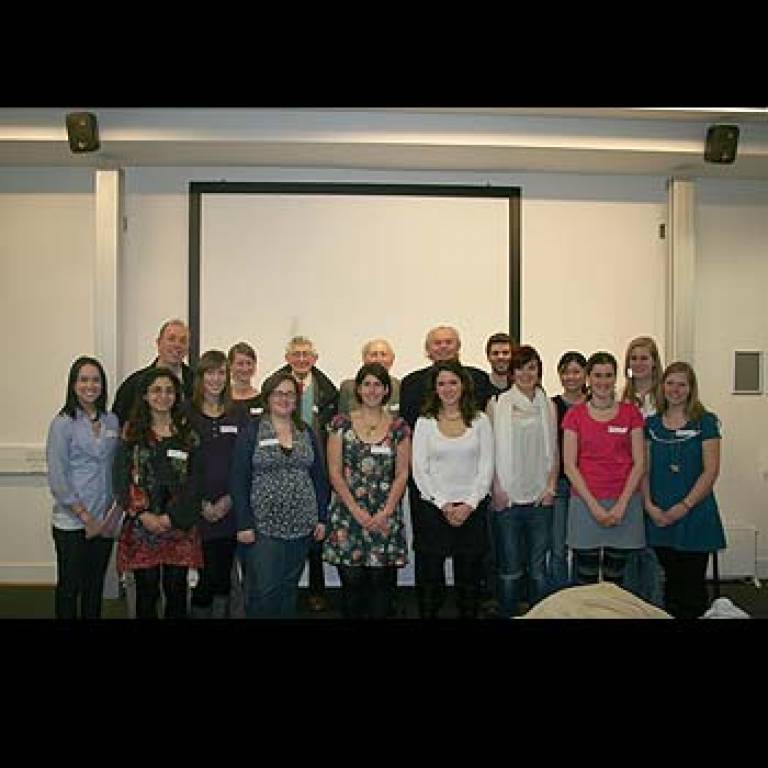 UCL's groundbreaking MSc in Conservation has celebrated a half century of shaping policy and practice with a star-studded reunion.

The MSc is widely recognised as the leading course in the country for aspiring nature conservation professionals and has launched the careers of many influential thinkers.

They include Tony Juniper, Former Director of Friends of the Earth, Stephanie Hilborne, Chief Executive of the Wildlife Trust, and Bill Adams, Moran Professor of Conservation and Development at the University of Cambridge.

Over the last 50 years the course, which is delivered under the auspices of UCL Geography, has produced nearly 700 postgraduates - and about 100 of them celebrated the landmark at the university's Sir Ambrose Fleming Lecture Theatre last night.

The first course convenor, Professor Palmer Newbould, addressed the alumni before an hour of informal talks and a buffet in the Roberts Foyer.

Dr Peter Jones, who has been running the MSc for the last 10 years, said the course had retained its emphasis on field studies, working with practitioners and challenging perceived wisdom, but that it had also evolved to address the challenges of conserving nature on an increasingly crowded planet.

He said: "In this country, and increasingly at a global level, this course has driven a lot of the thinking behind nature conservation policy and practice. It's always been a thinktank as well as a course that gives graduates the skills they'll need on a day-to-day basis as conservationists.

"That used to mean natural surveying skills, but increasingly it involves understanding the legal framework within which conservation takes place and developing the ability to work with people as that becomes a key part of what we do.

"In 1960 the world's population was around three billion; it is now over six billion, and when they are celebrating the centenary of the course in another 50 years' time, it could well be over nine billion. Conservation is a critically important subject for our times.

"The key way in which the course has remained consistent is that it has produced graduates who can take a lead in developing and implementing novel approaches to nature conservation, in a manner that combines ecological and socio-economic expertise."

For more information about the MSc in Conservation follow the link above.

Image: Students from the first, second and fiftieth year of the MSc in Conservation