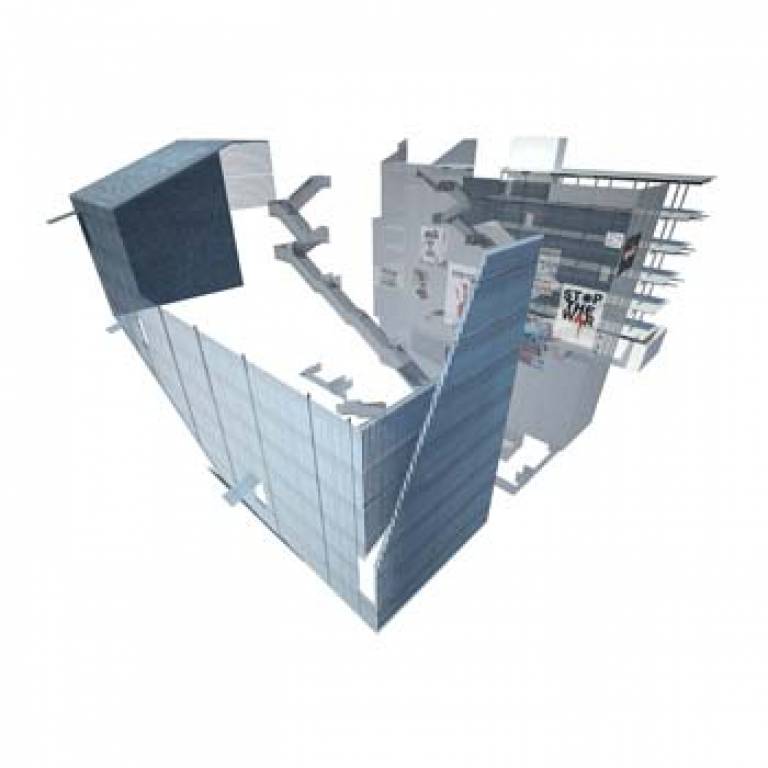 Two tutors from the UCL Bartlett School of Architecture have received an 'honourable mention' in an international competition to design a building in New York.

MArch Tutors Abigail Ashton and Andrew Porter, partners in London-based practice Ashton Porter Architects, won the plaudit for their entry in the 'Peace Pentagon: A Call To Action' competition.

The Peace Pentagon is the nickname of a building at 339 Lafayette that became the base and symbol for the New York peace movement in 1969 when it was acquired by the War Resistors League.

The competition, which was organised by the Friends of 339, called for proposals for a new centre for peace and social justice in downtown Manhattan, redeveloping the existing building on the intersection of Lafayette and Bleeker Street.

Ashton Porter's proposal appropriates an icon of war - the B52 Stratofortress bomber aircraft - to create a new icon of peace, reconfiguring the plane's geometry into a louvred building envelope.

Ashton and Porter, whose designs for the Peace Pentagon are on display as part of a series of exhibitions around Manhattan, also form part of the London-based architectural practice Metamode, 2009 winners of the Hakka Museum and Culture Park competition to design a 52,000-square metre office in Heyuan City, China.

For more information about the Bartlett or the practice follow the links above.