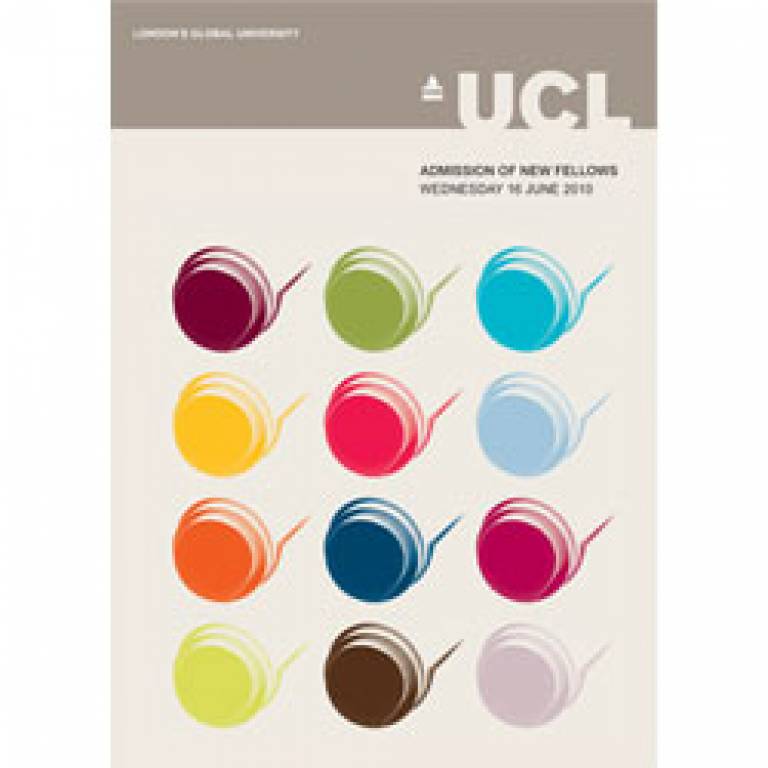 A range of eminent individuals joined the list of UCL Fellows and Honorary Fellows in an inauguration ceremony at UCL on 16 June.

UCL Fellowships (for UCL alumni) and Honorary Fellowships (for others) are awarded to people who have attained distinction in the arts, literature, science or public life; have rendered exceptional service to UCL, which may include philanthropic support; or have or have had a close association with UCL. UCL also conferred two Honorary Degrees this year as part of the event.

Image above: Cover of UCL Admission of New Fellows Brochure 2010