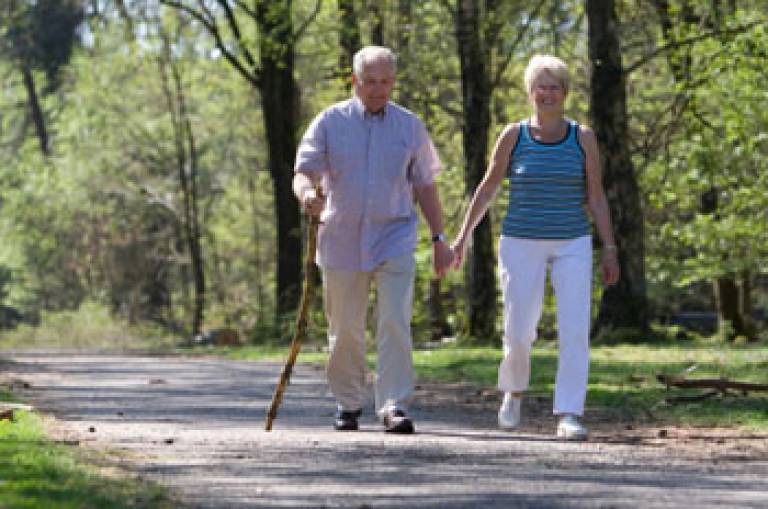 Scientists at UCL have explained Parkinson's patients' risky behaviour, a rare side effect of standard treatments for the disease. The finding has implications for future medication of patients.

The standard treatments for Parkinson's disease, which work by increasing dopamine signalling in the brain, can trigger highly risky behaviours, known as 'impulsive-compulsive spectrum behaviours' (ICBs) in approximately 5-10% of patients.

New results, published today in the journal Neuropsychopharmacology, uncover a possible explanation for this behaviour - impaired self-control combined with surprisingly normal motivation. Researchers have shown that Parkinson's patients with ICBs are much more willing to take immediate but smaller benefits rather than waiting for larger ones in the future.

"Some patients end up gambling away their life savings while others run up huge credit card debts. This work sheds light on the reasons behind such behaviours, and may help to treat sufferers of Parkinson's disease in the future," said Charlotte Housden who carried out the work at UCL's Institute of Cognitive Neuroscience, and is now at the University of Cambridge.

Researchers studied a group of 36 Parkinson's disease patients, half of whom had ICBs, and compared them to a group of 20 elderly volunteers without Parkinson's disease. All the participants completed two tests: a computer game that measured motivation, on which the participants attempted to win cash by responding quickly and learning associations between pictures and money; and a questionnaire about financial decisions.

This questionnaire measured a form of impulsivity called "delay discounting", by asking whether someone would prefer receiving a smaller payment quickly, as opposed to waiting for a larger payment. For example, would you prefer to receive £50 today or £80 in a month's time?

The data revealed a clear pattern of results. Against the researchers' expectations, the Parkinson's patients who suffered from ICBs were not more motivated to win money on the computer game than the control volunteers. They were also no better at learning about which stimuli predicted money. On the other hand, they were considerably more likely to choose smaller immediate payments over larger but delayed ones on the questionnaire.

Dr Jonathan Roiser, from the UCL Institute for Cognitive Neuroscience, and supervisor of the study said: "The pattern of more impulsive choices together with intact motivation and learning suggests that ICBs may be mediated by impaired self-control, and not excessive motivation for rewards."

The researchers hope that this study might help in the identification and treatment of ICBs in the future.

Charlotte Housden explained: "Often, when neurologists identify these risky behaviours, their only option is to reduce the dose of drugs which treat the primary symptoms of Parkinson's disease, such as tremor and stiffness. However, this is far from ideal, since an inevitable consequence of this strategy is that these primary symptoms get worse. Our results suggest that treating impulsivity in Parkinson's disease patients with ICBs, for example with drugs used to treat other types of impulsive behaviours, might reduce their risky behaviours without worsening their primary symptoms."