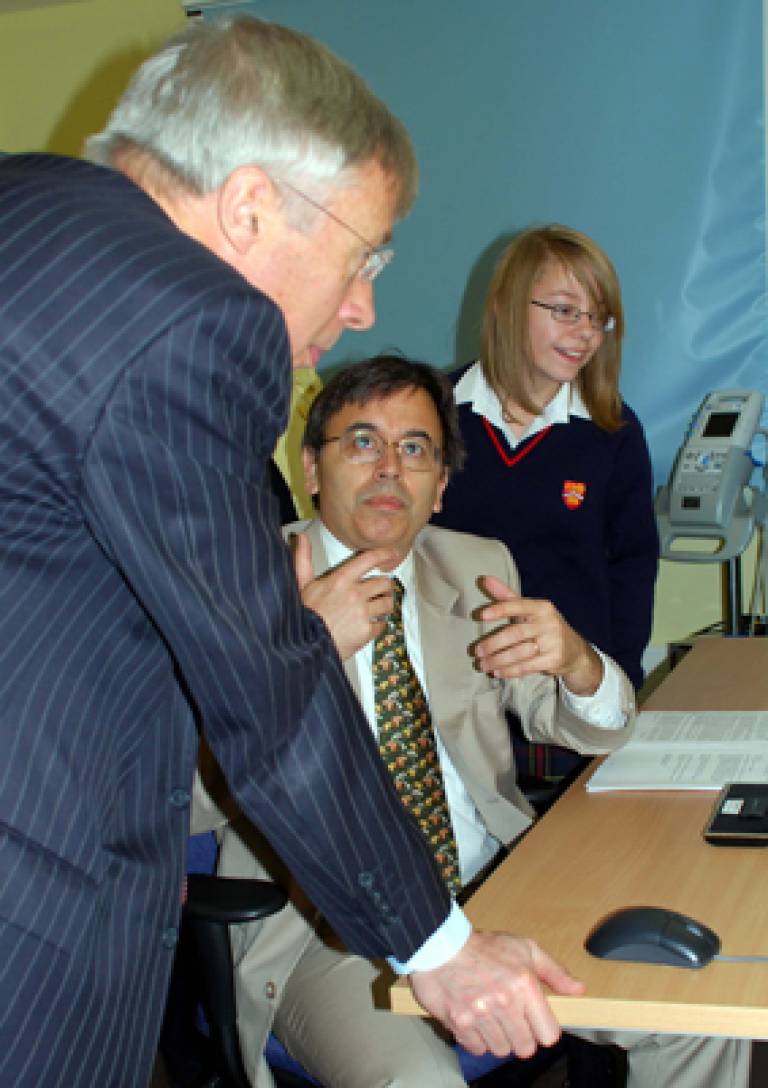 ucl.ac.uk/ioo/" target="_self">UCL Institute of Ophthalmology and Moorfields Eye Hospital as the destination for one of his first official visits in his new role last week.

The minister, whose responsibilities include research and development and innovation, met with several clinical and research staff as well as patients who have benefited from ground-breaking research undertaken by Moorfields and the Institute.

Health minister Earl Howe said: "It is exciting to see first hand how innovative technology will give NHS patients the very best treatments and also furthers the UK's standing in the biomedical research industry.

"Basing decisions for treatment on the latest research evidence helps NHS doctors, nurses, GPs and health professionals to provide patients with the most effective and appropriate care.

"We want to give more patients the opportunity to take part in clinical trials wherever they live in the country, and we therefore need to encourage pharmaceutical, biotech and medical devices industries to conduct trials in England rather than abroad."

Professor Peng Khaw, Moorfields' director of research and development added: "We were delighted to have the opportunity to tell the new minister about just a few of the important research initiatives going on here at Moorfields and the UCL Institute of Ophthalmology.

"Our partnership with the institute and our joint status as the only specialist ophthalmic National Institute for Health Research biomedical research centre means that we are able to develop innovative treatments for a range of eye diseases and make a real difference to our patients' lives - not just now, but in the future too."

During the visit, Earl Howe, accompanied by Professor Dame Sally Davies, the interim chief medical officer and director general for research and development at the Department of Health, found out more about a range of initiatives taking place at Moorfields and the institute, including:

The minister also visited Moorfields' specialist A&E department, one of the only of its kind in London, which sees between 180 and 280 patients every day for a range of urgent eye complaints.