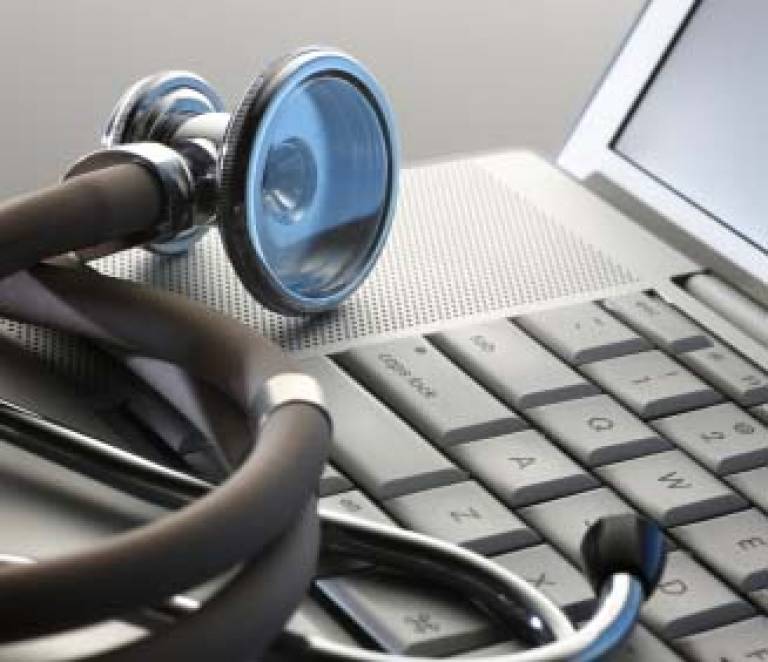 The Summary Care Record (SCR) and HealthSpace technologies, introduced in the NHS as part of the National Programme for IT (NPfIT), have so far demonstrated only modest benefits according to the final report of a three-year independent evaluation carried out by UCL researchers.

The report's publication coincides with the publication of a research paper based on the findings in the British Medical Journal.

The report authors found that while millions of people had received a letter informing them about the programmes, creation of SCRs and HealthSpace accounts was occurring much more slowly than originally planned. Progress in the programmes was delayed by a number of 'wicked' (pervasive, seemingly insoluble) problems, including the difficulty of defining a 'minimal dataset' of key medical data, the huge task of ensuring that GP records were complete and accurate, the need to gain informed consent from 50 million people (many of whom appeared to throw away the letter unread), and the numerous technical and operational challenges associated with uploading data onto the SCR database from local GP records.

They also found that whilst many stakeholders shared a broad vision of an efficient, accurate and accessible national electronic record system, making this vision a reality required collaboration across a number of very different worlds - political, clinical, technical, commercial and personal. Differences in expectations, values and ways of working between these worlds accounted for many of the misunderstandings and frictions occurring at the operational level.

They conclude that the future fortunes of the programmes will depend at least partly on efforts to bridge the deep cultural and institutional divides that have so far characterised the NPfIT and suggest that it may be time to revisit the logic behind the policy-level link between 'empowerment' and a state-run online records service.

Lead author Professor Trisha Greenhalgh, who has recently moved from UCL to take up a post at Queen Mary University of London, said: "This research shows that the significant benefits anticipated for these programmes have, by and large, yet to be realised - and that they may be achieved only at high cost and enormous effort. When we did find them, they were subtle, hard to articulate and difficult to isolate. It serves to demonstrate the wider dilemma of national databases: that scaling things up doesn't necessarily make them more efficient or effective.

"Our task in writing this report was to illuminate what is happening in the programmes rather than pass final judgement on their success. This means we can't and don't provide a definitive conclusion or recommendation. However, the report is timely given that information about the SCR is currently dropping through peoples' letterboxes across the country. It is the culmination of three years' detailed and careful academic work and we hope that the new government will look carefully at our findings before decisions about the future of these schemes are made."

Jenni Bowley, Chair of the independent External Advisory Group (EAG) established to monitor the evaluation process, commented: "The EAG included senior academics from the Universities of Birmingham, Manchester, Bath, and St George's Medical School; representatives from NHS Connecting for Health; representatives from the British Medical Association and the Royal College of Nursing; and patients. The evaluation's academic methodology is endorsed by the EAG and by independent academic peer review overseen by the University of Birmingham. We have continuously monitored the evaluation throughout the last three years and strongly endorse the findings and recommendations of the final report."

What are SCR and HealthSpace?

The SCR is an electronic summary of key health data, drawn from GP-held electronic patient records and accessible over a secure internet connection by authorised NHS staff. Policymakers envisaged that its introduction would lead to better, safer and more efficient care, especially in emergency situations.

HealthSpace is an internet-accessible personal health organiser onto which people can enter data (such as weight or immunisations) and plan healthcare appointments. Through an 'advanced' HealthSpace account they may contact their GP over a secure internet connection ('Communicator') and check the information held on their SCR.

Professor Greenhalgh and her team collated a mixture of qualitative and quantitative data over the three year period, working with staff at all levels, talking to patients and clinicians and observing how the SCR and HealthSpace were being developed, implemented and used. Their previously published interim findings outlining concerns about the SCR consent model prompted a key revision, whereby clinicians are now required to ask a patient's consent to access SCR at the point of care.

· SCRs are not yet widely available and when they are available, clinicians do not always access them.

· When the SCR is accessed, the main benefit seems to be that the doctor or nurse finds the consultation "easier" and less stressful.

· The evaluation did not directly demonstrate an improvement in patient safety but the findings were consistent with a rare but important impact of the SCR on reducing medication errors.

· Use of the SCR was not associated with the hoped-for reduction in consultation length, nor did it appear to reduce hospital admission.

· The evaluation showed that SCRs sometimes contain inaccuracies (e.g. incomplete medication lists or missing allergies), but that clinicians use their judgement when interpreting such data and take account of other sources of information including the patient.

· As of 1 March 2010, of the approximately 8.5 million people who had been sent information about the SCR, 0.65% had opted out. 1.2 million SCRs existed and 14,266 had been accessed. SCRs were being accessed in 4% of all encounters and in 21% when an SCR was available. This varied considerably depending on setting, the type of clinician and their level of experience. Fewer then 30 SCRs were being accessed in secondary care settings per week across the country.

· HealthSpace was introduced on the assumption that a significant proportion of patients would have the motivation and ability to 'self manage' their health and illnesses using this technology; that this would empower patients and improve access to services as well as reducing costs to the NHS; and that patients would come to play a significant role in improving data quality on NHS records.

· Only one person in 200 who was invited to open a basic HealthSpace account actually did so and only one in 1000 opened an advanced account.

· Most people using HealthSpace accounts found the functionality limited and perceived few if any benefits from it.

· People who emailed their GP using Communicator comprised a tiny minority of IT-literate individuals who enjoyed being able to bypass a busy reception desk.

· The authors acknowledge that an upgrade to the HealthSpace technology with extended functionality is planned. However, they suggest that deliberation on the future of this programme should take account of the availability of low-cost technologies (such as iPhone apps or GoogleHealth) for supporting self-management, the rapid pace of change in the market for such technologies and the fact that many patients currently find it difficult to get through to their GP surgery by telephone.

Electronic patient records are not a panacea