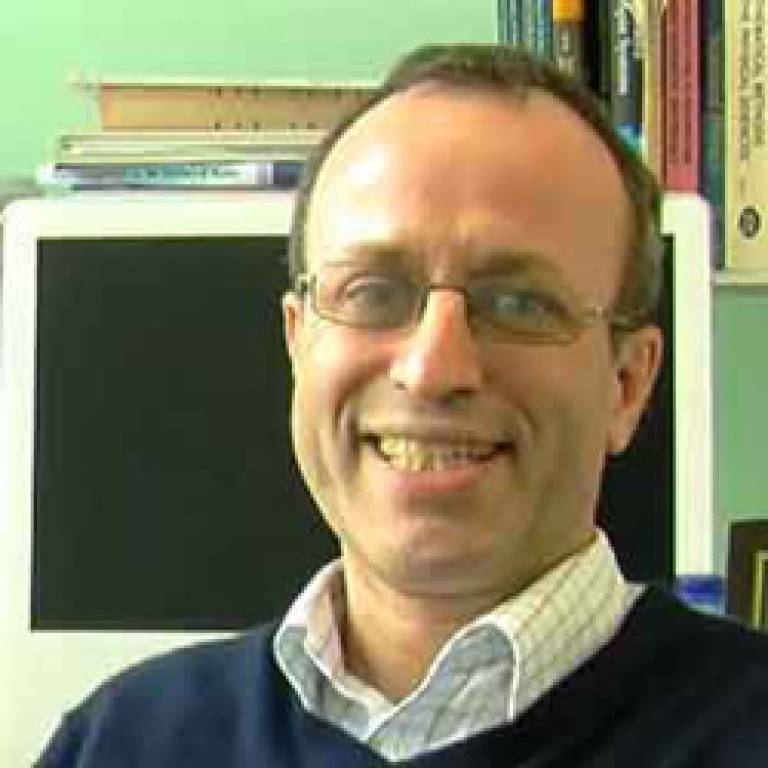 UCL staff have secured a quartet of major prizes at the annual awards of the Institute of Physics.

Professor Steve Bramwell (UCL Physics & Astronomy and the London Centre for Nanotechnology) won the Holweck medal and prize for his pioneering work on 'magnetricity', the term for magnetic charges that behave and interact just like electric charges in some materials.

Professor Tom Duke (UCL Physics & Astronomy and the London Centre for Nanotechnology) won the Franklin medal and prize for 'the application of physical principles to the development of elegant molecular sorting devices, for providing new insights into the organising principles of cells and for his primary contributions to a new generation of theories of how the inner ear works'.

Professor Gaetana Laricchia (Head of the Atomic, Molecular, Optical and Positron Physics group in UCL Physics & Astronomy) won the Thomson medal and prize for her 'contributions to the development of the world's only positronium beam and its use to probe the properties of atoms and molecules'.

Professor Sir Michael Pepper (UCL Electrical and Electronic Engineering and the London Centre for Nanotechnology) won the Business and Innovation medal of the Institute of Physics for 'translating advances in semiconductor physics into the commercial arena'.