In the dock: how are international judges chosen? 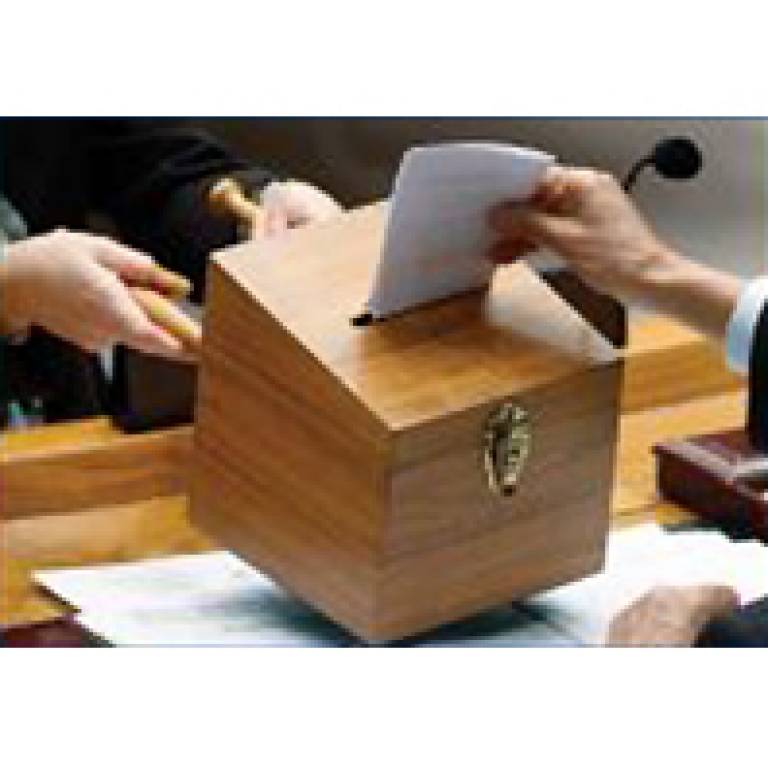 In his latest book UCL's Professor Philippe Sands uncovers the obscure, 'cattle market-like' processes at play in selecting some of the world's most influential judges.

Here Professor Sands (UCL Laws) describes why he and his co-authors were inspired to investigate this process, and what they discovered. The full findings are available in Selecting International Judges: Principle, Process, and Politics, published by Oxford University Press.

How and why did the research come about?

My colleagues Professor Kate Malleson (at Queen Mary) and Ruth Mackenzie (formerly UCL Laws and now at the University of Westminster) recognised that the legitimacy and effectiveness of international courts turns largely on the composition of the bench. Yet very little is known about how international judges are nominated at the national level, and then elected by obscure international processes. We wanted to open the door, drawing on our different experiences.

Which states did you consider, and why?

There are over 30 international courts and tribunals and about 200 states. We were delighted to be awarded a decent grant by the Arts & Humanities Research Council, but it only allowed us to be selective.

We were fortunate to have Penny Martin as an excellent Research Fellow, allowing us to conduct well over 100 interviews. We recognised we could not be comprehensive, but from the research and interviews some clear patterns emerged.

How widely do nomination and election processes vary?

Practice varies greatly. At one end of the spectrum, some countries advertise and then go through open and transparent national selection processes. At the other end of the spectrum, the decision to nominate someone can be taken by a single individual, a politician or civil servant.

There are no minimum standards which bind all states. Therein lies a part of the problem. That is without mentioning the intense lobbying and vote trading that anecdotal material pointed to and that our research now confirms. As one interviewee put it: "It's a cattle market sort of process…"

Are there specific examples of overt political interests sidelining the most appropriate candidates?

There are many such examples. There is frequently a high degree of politicisation at the national and international levels. That may not necessarily be problematic, not least since the processes have produced many first class, independent international judges. But there are also many hacks and duds.

People need to be aware of the facts and then form a view as to whether - taken in the round - the systems such as they are can be acceptable for the 21st century. As one former candidate told us:

Why are the flaws in these processes important - why should the general public be concerned about them?

"Japan is like Zsa Zsa Gabor - if Zsa Zsa wants something, Zsa Zsa gets it. So, with their money and their efficiency, they go and they get it. They shouldn't have a permanent judge on the court."

Similar views were also expressed in relation to other countries, and many interviewees questioned the practice of allowing the permanent members of the Security Council - including the UK and France - to always have a judge on the ICJ.

International judges make decisions every day that affect the lives of people around the world, and that often deal with issues of great political, social and economic import. It is imperative that we strive constantly to strengthen the system of nomination and election.

What do you propose instead?

We saw our task as being to identify points of weakness. Whilst we do hint at areas for improvement, we hold back from making specific recommendations. It might be best to digest the reality of what actually happens before moving to the next stage, which will depend on political will.

We will launch the book at an event Chatham House on 9 September, and are delighted that the session will be chaired by Lord Woolf (former Lord Chief Justice of England, Visiting Professor at UCL Laws and former Chair of UCL Council) and attended by two judges from the ICJ and one from the ICC. We would very much welcome attendance from anyone who is interested in these important issues.

To find out more about the book launch and findings, follow the links at the top of this article.