Competition is key to nurturing Europe's digital economy, according to Joaquín Almunia, the European Commission's Competition Commissioner, who spoke at a UCL event yesterday. 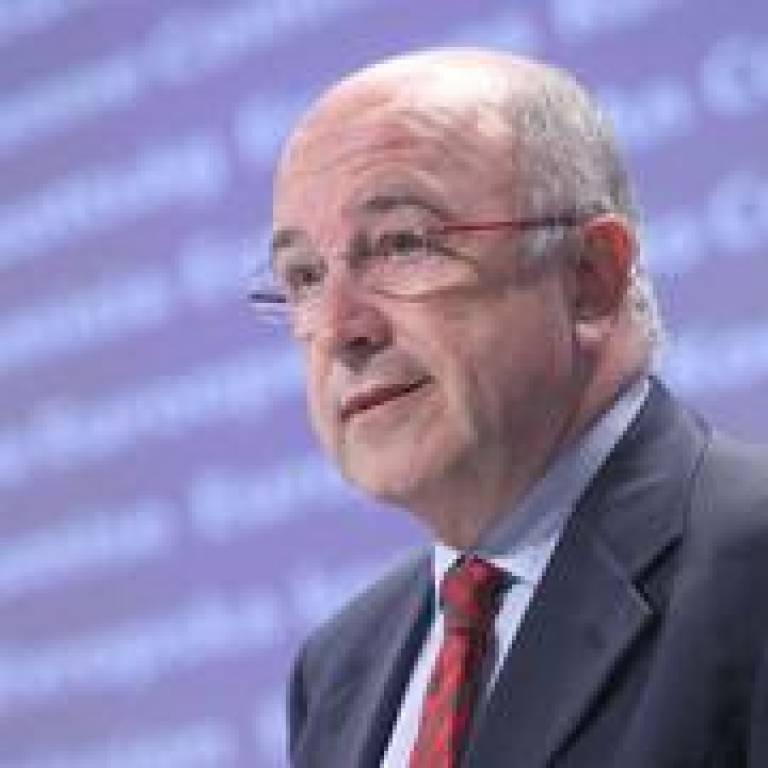 "We cannot afford to miss the boat on so many parts of the digital value chain," Mr Almunia said, during his keynote address at the annual colloquium of the UCL Jevons Institute for Competition Law and Economics. "Competitive environments provide value and quality and, most importantly, they provide larger markets than those characterised by protection. They also encourage innovation that users actually will want to pay for, which is precisely what we need.

"Economic growth is our priority today; more than a priority, it is an imperative. We must therefore create the conditions for new economic activity to flourish. Sound and careful regulatory policy must support and complement competition policy in creating the appropriate environment for the digital economy."

Click the player below to view Mr Almunia's speech in full

Mr Almunia elaborated on how his organisation aims to ensure that Europe rides the wave of the digital economy, warning that regulation in the wings that will govern broadband suppliers "will not be a regulatory holiday for the big telecom operators". He also decried the market for online content across Europe as a "shameful anachronism", and described the distribution of content online across the entire European Union as "expensive and difficult".

To combat this situation, he outlined European Commission proposals to: ● improve the transparency and governance of collecting societies

● examine allegations of anti-competitive conduct in relation to online search methods, and

A string of influential international speakers followed and commented on Mr Almunia's address at the 'Competition in Digital Media and the Internet' conference, held at the British Medical Association.

Ed Richards, Chief Executive of OFCOM, described the necessity of using a range of regulatory powers to protect consumers online, stating specifically that "consumer transparency must be guaranteed where traffic management is applied".

To this end he announced that an OFCOM report will be published on 26 July that will detail true broadband speeds in the UK, and that the first allegations that Google is preventing access to rival sites will be scrutinised by his organisation. Mr Richards questioned however the protracted OFCOM appeals process, asking: "Is the decision-making system constructed in the right way to make good decisions, but timely decisions?"

John Fingleton, Chief Executive of the Office of Fair Trading (OFT), provided examples of cases when his body had intervened to make internet pricing more transparent to consumers, such as forcing airlines to put their full prices upfront to facilitate real price comparisons.

Heather Clayton, Senior Director at the OFT, spelled out the complexity of 'policing the internet', advocating a focus on ensuring that consumer protection responsibilities do not fall into gaps between the various relevant UK agencies, which include the police, the Trading Standards Institute, the Financial Services Authority, the Advertising Standards Authority, and the Intellectual Property Office, among others. Research commissioned by the OFT has found that the UK population are more or less neutral in their attitude towards the emerging area of targeted online advertising and few cases of alleged abuse have yet gone to court.

UCL's contributions ran throughout the day, with Professor David Evans, Executive Director of the Jevons Institute, providing the introduction to the conference. He underlined the speed of technological change of the digital media market, reminding delegates that 10 years ago, it was hard to imagine a world in which Microsoft didn't dominate, and yet today "Apple, Facebook and Google are the three companies that should be keeping traditional media firms awake at night."

Professor Antonio Bavasso, Co-founder and Executive Director of the Jevons Institute, chaired the four-person panel on mergers and antitrust issues, while Professor Mark Armstrong (Director of the ESRC Centre for Economic Learning and Social Revolution) provided the economist's perspective on online targeted advertising.

For further information about the event, go to UCL Jevons Institute for Competition Law and Economics.

The UCL Jevons Institute for Competition Law and Economics coordinates UCL's teaching and research in antitrust law, regulation and economics, helping to train the next generation of leading practitioners, academics, and antitrust and regulation enforcers and others involved in competition law and policy. The institute is part of the UCL Faculty of Laws.

Laying down the law: the research behind regulatory reforms