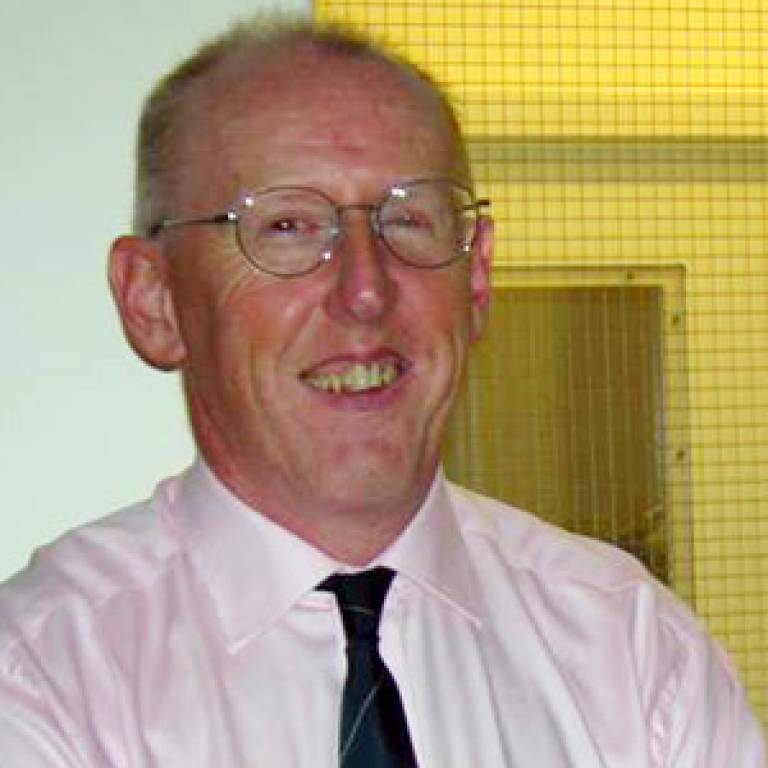 Professors at UCL have helped an engineer develop and evaluate a device to repair a defect in his own heart.

The extraordinary collaboration has proved so successful that a further 19 people have undergone the same pioneering operation.

Engineer Tal Golesworthy was suffering from a defect in his aorta - the main artery for carrying oxygenated blood - that left it in danger of splitting.

The genetic condition, known as Marfan syndrome, can cause instant death, but Mr Golesworthy - anxious to avoid a lifelong dependency on anti-blood clotting drugs - decided to devise his own treatment.

He approached Tom Treasure, now at UCL's Clinical Operational Research Unit (CORU), who helped him recruit further support for his idea from the UCL Institute of Child Health and the Royal Brompton Hospital.

The results of the decade-long collaboration - published this month in the European Association for Cardiothoracic Surgery's interactive journal - were so good that Mr Golesworthy has set up a company, Exstent, to market the device.

In the following piece, Tom Treasure describes how he first met Mr Golesworthy and CORU's involvement in the development of his lifesaving ExoVasc External Aortic Root Support.

"It is ten years since I first met the engineer Tal Golesworthy. At that first meeting the challenge he put to me, a cardiac surgeon, was to work with him towards a better form of operation on the aorta for people who have inherited Marfan's syndrome.  Two thirds of them suffer from a very well described and consistent mode of structural failure of the aorta which results in sudden death.

The nub of Golesworthy's proposal was to use sophisticated medical imaging to gain a reliable three-dimensional map of the aorta and to employ these data in computer-aided design and rapid prototyping to make a bespoke supporting device. The surgeon could then implant this custom-made support at a planned pre-emptive operation.

At that first encounter at a lecture to the Marfan Association in 2000, I thought Tal Golesworthy was on to something important. The idea was already well developed in his mind; he'd had many years to think about it. The standard approach is to measure the aorta in the at-risk group of patients, typically over a period of years, in essence to monitor its expansion towards bursting point. Our research contribution thus far was to put some science into the monitoring phase, work done in collaboration with Steve Gallivan, CORU's director at the time.

If the aorta is well over size or expands between measurements the surgeon intervenes with a radical operation replacing the entire root of the aorta, including the valve, re-implanting the coronary arteries, and all of this during a period of one to two hours of cardiopulmonary bypass and hypothermia. Tal was not enjoying the nerve-racking brinkmanship, the prospect of such surgery, or of the ensuing lifelong dependency on anticoagulant drugs to prevent blood clots.

With Tal we recruited support, notably from Professor Robert Anderson, cardiac anatomist at the UCL Institute of Child Health, and Professor John Pepper at the Royal Brompton Hospital. By 2005 we were ready for the first operation and Tal was himself the first recipient of his own innovation. Now 20 such operations have been performed, all by John Pepper.

The first 10 patients are the subject of the recent report. All patients were at least a year after surgery and we had at least one and up to four magnetic resonance images of the aorta to compare with the one taken preoperatively. For all its "high tech" reputation, the reading of the grey scale cross-sectional magnetic resonance images allows for quite a lot of leeway in the eye of the beholder, so a critical part of the evaluation was to get an independent radiologist to make the before and after measurements in a random sequence amongst other Marfan patients images to eliminate any unconscious bias. This part of the study was led from CORU by its present director, Professor Martin Utley.

The summary line is that the primary technical objective of the surgery, to resist further expansion of the aortic root, was achieved in all 10 patients and in 8/10 there was a marked reduction in the aortic size bringing it back towards the normal range."

For more information on CORU, its research or Exstent, please follow the links above.

Related stories:
How an eye test could aid Alzheimer's detection