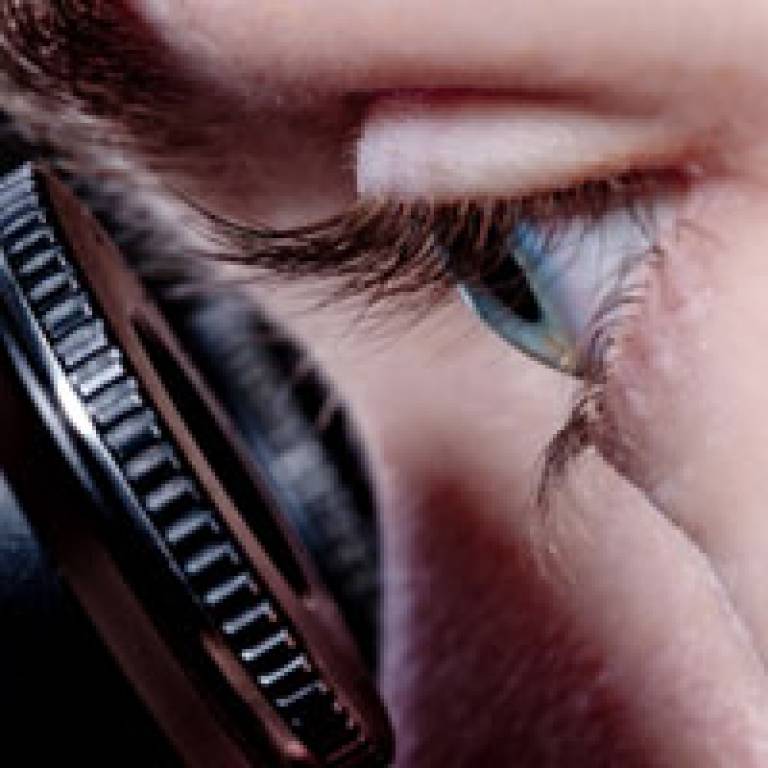 The UCL Institute of Ophthalmology has won a research grant and two of six PhD studentships awarded by charity Fight for Sight.

Dr Steven Dakin (UCL Institute of Ophthalmology) has been awarded £15,000 under the Small Grant Awards Scheme run by Fight for Sight, the UK's leading charity dedicated to funding world-class research into the prevention and treatment of blindness and eye disease.

Dr Dakin will use the funding to develop a test to detect the early effects of glaucoma, which could lead to earlier treatment for the one in 50 people over the age of 40 who are affected by the condition. He said: "We think that the earliest stages of glaucoma influence the way patients move their eyes when doing everyday tasks like watching television. We are hoping that by making a link between glaucoma and eye movements we will be able to detect glaucoma earlier, before significant loss of vision occurs."

The institute has also won two of six new prestigious PhD studentships funded by Fight for Sight, which will start in October 2010. The studentships are highly competitive and are awarded annually by the charity to enable recent science graduates to pursue a career in eye research under the supervision of some of the UK's leading eye researchers.

The UCL studentships will investigate the following two conditions:

UCL Institute of Ophthalmology is a world-leading centre for eye research and is one of a number of specialised biomedical research centres within UCL. Its collaboration with Moorfields Eye Hospital, which has the largest ophthalmic patient population in the western world, opens the way for advances at the forefront of vision research. The Institute conducts cutting-edge science, attracting researchers of the highest international calibre and trains graduate research students.

UCL wins half of new Fight for Sight research grants