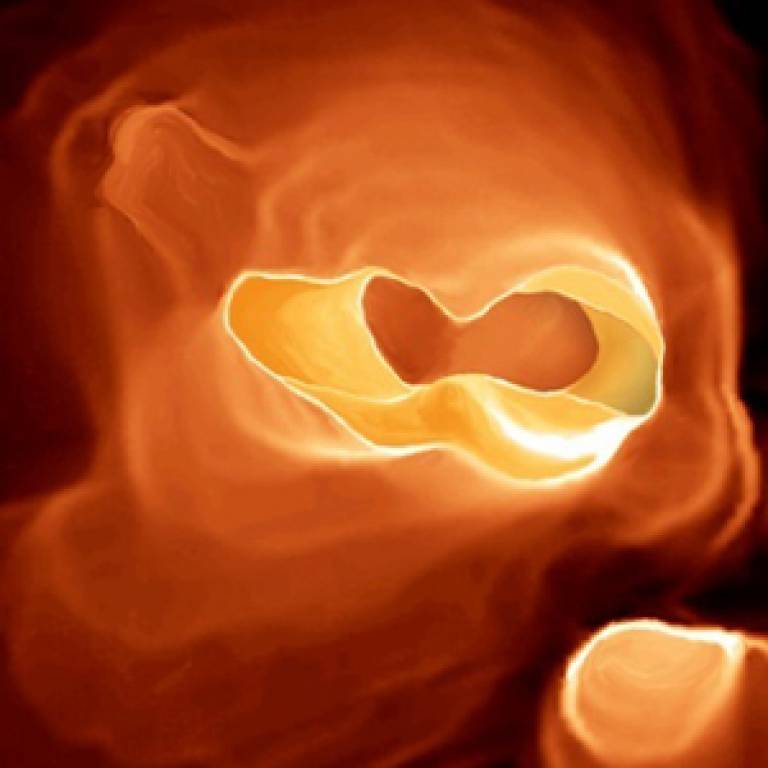 People at high risk of having a stroke are half as likely to have a stroke or die following surgery to repair damage to an artery in the neck, rather than 'stenting' treatment, according to UCL research published in the Lancet today.

These findings emerged from a major trial carried out at the UCL Institute of Neurology, which was funded by the Medical Research Council and The Stroke Association.

'Stenting' is a treatment that relieves pressure in the carotid artery using a wire mesh tube or 'stent', which is then fed through to the neck using a catheter in the groin. It was introduced as an alternative to traditional surgery, in which an incision in the neck is made directly to the artery, but which has been known to increase a person's risk of heart attack.

Both groups involved in this study, involving over 1,700 patients, had a very low rate of heart attack of less than 0.5 per cent. Patients were selected who had already had a 'mini stroke' and were therefore at a much higher risk of going on to have further strokes.

The trial forms part of the International Carotid Stenting Study, which aims to compare two forms of treatment designed to lower a person's risk of stroke which is significantly increased by the narrowing of the carotid artery in the neck and caused by cholesterol.

Martin Brown, Professor of Stroke Medicine at the UCL Institute of Neurology and Consultant Neurologist at the National Hospital for Neurology and Neurosurgery, said: "The results of this trial demonstrate convincingly for the first time that surgery is a safer option for patients than stenting when dealing with patients at risk of stroke. As a result, we believe that surgery should therefore be the treatment of choice in these circumstances. However, there will still be a role for carotid stenting, particularly for those who are not suitable candidates to undergo surgery." A second study funded by The Stroke Association has shown, using MRI images, that in addition to the increased risk of symptoms from stroke, patients treated by stenting were also much more likely to have additional brain damage. This was found to be caused by small particles released during the stenting process, too small to cause symptoms.

Dr Peter Coleman, Deputy Director of Research for The Stroke Association said: "Preventative procedures for patients who have the warning symptoms of a transient ischaemic attack or 'mini-stroke' are essential to help stop people going on to have a major stroke. These procedures do carry risks, mainly from arterial plaque that can become dislodged, travel up into the brain and cut off the blood supply causing a stroke -thus causing the very event the procedure was designed to avoid.

"The important findings in this study show that surgery to open an artery and clear the blockage appears to be safer than a less major procedure where a metal mesh tube (or 'stent') is inserted into the blocked artery. We look forward to further studies that help reduce the stroke risk for patients undergoing preventative surgery."

UCL Neuroscience brings together all UCL neuroscientists to tackle the most important questions about how the nervous system works. Across seven themes, the researchers seek to make fundamental discoveries about brain function and behaviour, to teach the next generation of scientists and clinicians, and to transform the ways in which neurological and psychiatric disease are diagnosed and treated.