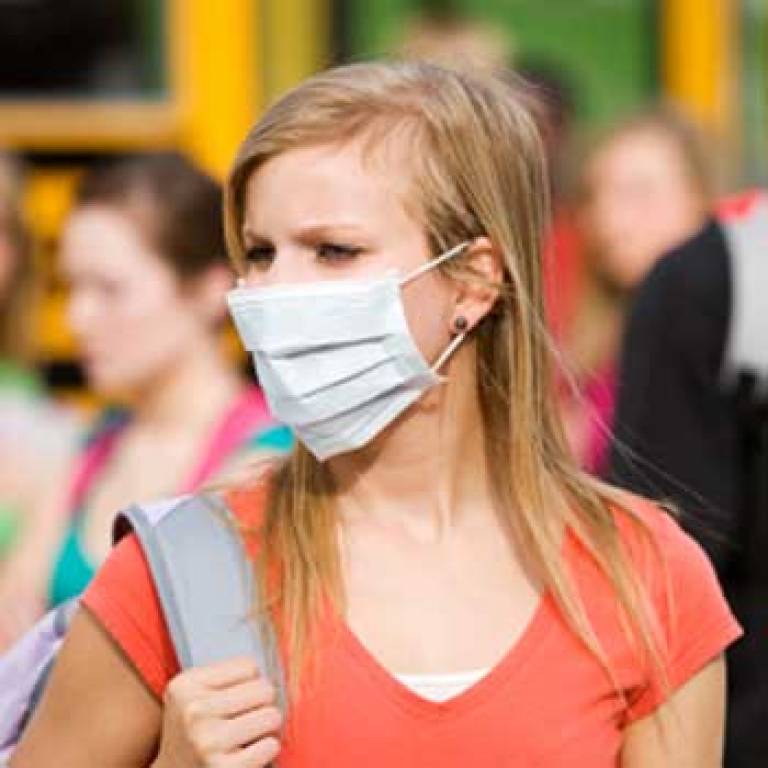 A UCL-led study has identified key demographic and psychological factors that may predict protective behaviours during pandemics.

Dr Alison Bish and Professor Susan Michie (UCL Clinical, Educational and Health Psychology) investigated the results of a number of studies into how people behave during pandemics, such as the recent swine flu outbreak, to better understand protective behaviour and to improve interventions and communication in the future.

The review included the results of 26 published studies on associations between demographic factors, attitudes and behavioural measures during outbreaks including SARS (Severe Acute Respiratory Syndrome) between November 2002 and July 2003, bird flu (avian influenza) in 1997, and swine flu in 2009.

Dr Bish said: "These illnesses have far reaching effects because of how easily they are transmitted. When an outbreak occurs however, people can choose to take steps to protect themselves.

Protective behaviours can be preventative, avoidant or disease management, such as hand washing, avoiding public places, or taking antiviral medication. We wanted to discover the groups of people that are most likely to take such steps, and the attitudes that are associated with these behaviours."

Dr Bish said: "These patterns could be explained in terms of perceived risk, with women and older people feeling that they may be more susceptible to disease than men, or younger people do."

In fact, greater perceived susceptibility to disease was found to be a strong predictor of protective behaviours in studies carried out in the UK, Hong Kong, Australia and the Netherlands, with those people who felt they were more at risk carrying out more protective behaviours such as good hygiene, vaccination, and disinfecting the home.  In studies investigating SARS and swine flu, greater perceived susceptibility was associated with avoidant behaviour such as avoiding public places.

Having a high level of trust in authorities was found to be associated with compliance with preventative, avoidant and management of illness behaviours.

Dr Bish said: "As trust is a key emotion relevant to risk behaviour, people who trust in authorities are more likely to follow their advice. The issue of trust becomes weightier in uncertain situations, making this an important factor in whether people follow government advice during pandemics."

For more information about UCL Clinical, Educational and Health Psychology or the results of the study, which was published in the British Journal of Health Psychology, follow the links above.

Related stories:
£2.1m grant to investigate symptoms and spread of swine flu
Engineering may be the key to curbing swine flu
Researchers win grant to study attitudes to swine flu