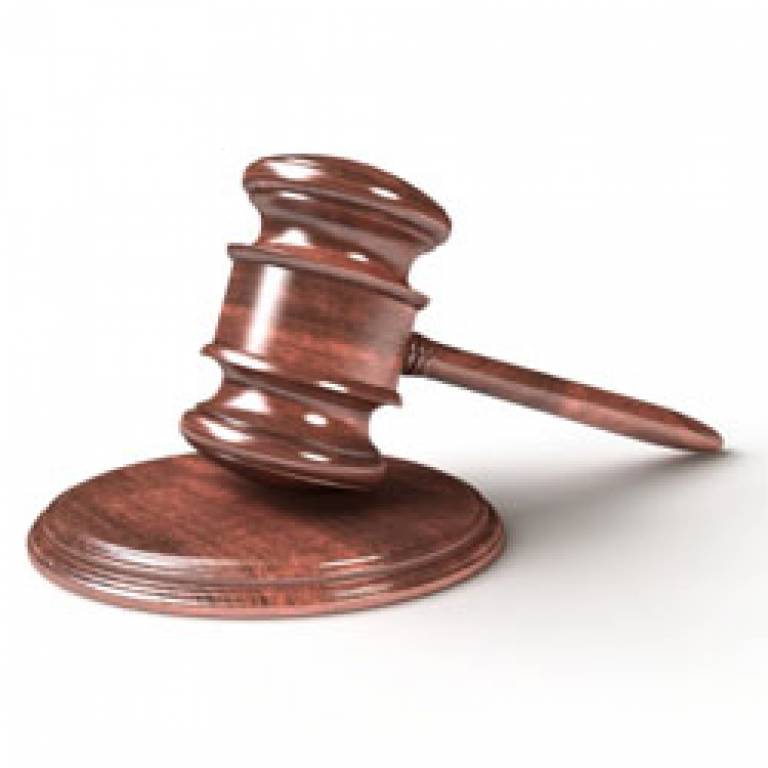 Juries in England and Wales are fair, effective and efficient, according to a report by UCL's Professor Cheryl Thomas, published today.

Are Juries Fair? is the most in-depth study into the issue ever undertaken in this country. It involved a two-year survey of more than 1,000 jurors at Crown Courts and a separate study of over 68,000 jury verdicts. In the report, sensitive issues about jury decision-making have been tackled for the first time.

The report reveals that:

The study also shows that:

Professor Thomas is based within UCL's Centre for Empirical Legal Studies, and is the country's leading jury expert. Her study of the representative nature of the jury system, Diversity and Fairness in the Jury System, was published by the Ministry of Justice in June 2007.

Click on the player below to hear Professor Thomas discuss the findings of the research.

She said: "This research shows that juries in England and Wales were found to be fair, effective and efficient - and should lay to rest any lingering concerns that racially balanced juries are needed to ensure fairness in trials with defendants with black and minority ethnic backgrounds or racial evidence.

"But it is also clear from the research that jurors want and need better information to perform this crucial role. The study recommends that all sworn jurors be issued with written guidelines explaining what improper conduct is, including use of the internet, and how and when to report it. The study also recommends that judges consider issuing jurors with written instructions on the law to be applied in each case. Both changes will help maintain the integrity of the jury system."

Justice Secretary Jack Straw said: "The jury system is working, and working well. The study's findings on the fairness of jury decisions, including for people from black and minority ethnic backgrounds, will help to maintain public confidence in juries and the jury system.But we cannot allow complacency about the justice system. We will carefully consider the recommendations for helping jurors do their job to the best of their ability."

The investigation used a highly realistic case simulation with 797 real jurors at three Crown Courts in different parts of the country with different local ethnic populations. A post-verdict study with 668 jurors serving on high profile cases and standard cases was conducted to examine media coverage of jury trials. A separate large-scale study was carried out of over 68,000 verdicts reached by all juries at all Crown Courts in England and Wales between 2006 and 2008.

The Centre for Empirical Legal Studies (formerly the Centre for Socio-Legal Studies) was established in 2007 to bring together experts across a range of social science disciplines to engage in interdisciplinary research with a bearing on law. The Centre's ambitions are to be a world leader of methodological innovation in empirical legal studies, to build research capacity in the UK and to promote the evidence-led evolution of justice systems around the world.

Through its current membership, the Centre is able to draw upon expertise in fields as diverse as law, economics, sociology, criminology, statistics, psychology and political science, to bring new perspectives to bear upon the study of law and legal institutions.