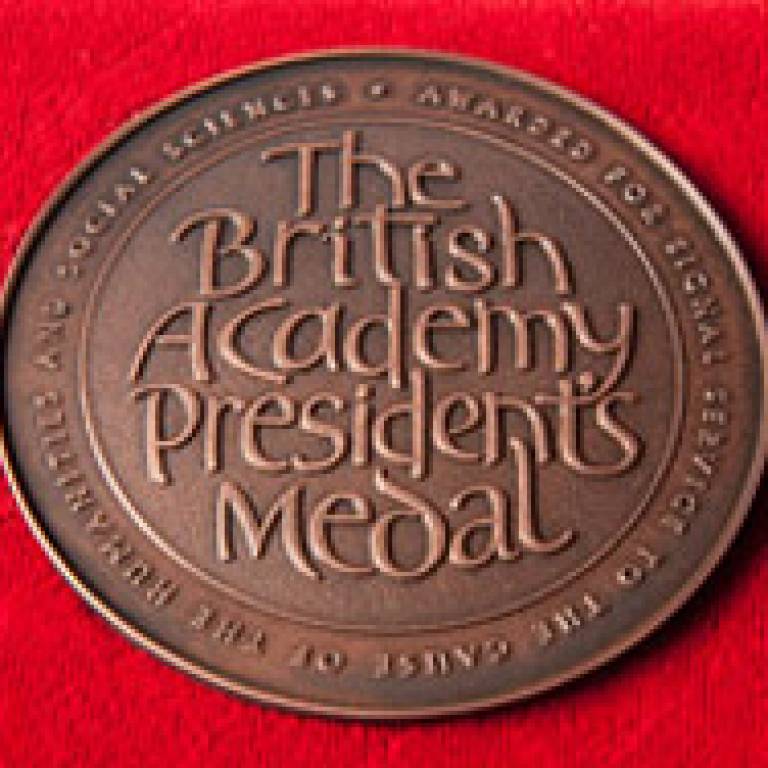 Professor Michael Worton, Vice-Provost (Academic & International) was awarded the British Academy President's Medal, which is given for 'signal service to the cause of the humanities and social sciences'.

Professor Worton said: "I am very honoured to be one of the first three winners of the British Academy President's Medal. It is particularly important to me that this award was made for my work in addressing the languages deficit among British university students, and also in schools. While this award is a recognition of my own work in this area, it is also a recognition of how many individuals and organisations, notably the British Academy itself, are working together to champion the centrality of languages to education and research in our complex, globalised world."

Development psychologist Dr Essi Viding (UCL Clinical, Educational and Health Psychology) became the first early career scholar to win the The Wiley Prize in Psychology. Dr Viding said: "It is a great honour that the British Academy and Wiley-Blackwell have recognised the research I conduct with my team and collaborators. I have been fortunate that UCL have strongly supported my early career development. This prize is also a testament to the wonderful mentoring I have been lucky to receive throughout my career."

Professor Laura Lepschy (UCL Italian) was awarded The Serena Medal for Italian Studies. Awarding the medal, the British Academy stated: "Laura Lepschy has greatly increased our knowledge of Italian culture from the Renaissance to the present through her imaginative explorations of topics in the theatre, narrative, travel writing, art, varieties of language, and the areas in which literature and language overlap." The same prize was won by Professor Lepschy's husband, Professor Giulio Lepschy (UCL Italian) in 2002, making them the first husband and wife to win the award.