Left wing or right wing? It's written in the brain 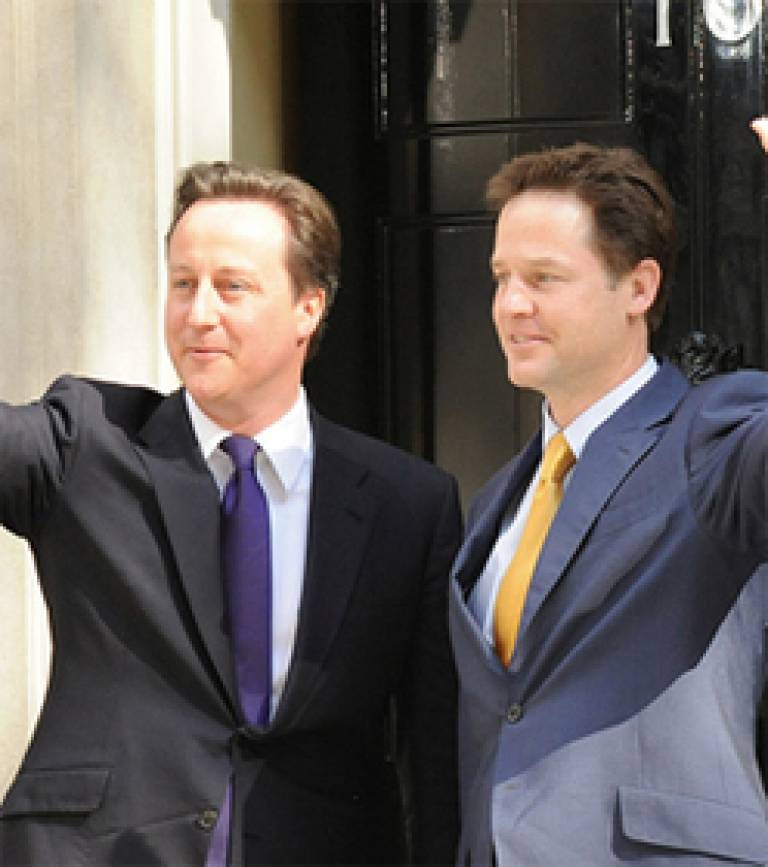 If you listen to Radio 4's Today Programme on any given day, you'll inevitably hear a spectrum of politic views from socialist through liberal to conservative. You may find yourself agreeing with the interviewee or irked by their politics depending on your own political persuasion.

Liberals and conservatives may find themselves disagreeing on issues as wide-ranging as the future of the NHS, the UK's involvement in Afghanistan and whether students should pay tuition fees at university, but could these differences be a result of different brain structures? New research commissioned by the Today Programme and led by Wellcome Trust Senior Research Fellow Professor Geraint Rees suggests that this may be so.

Using magnetic resonance imaging (MRI) scanners, Professor Rees and his colleague Dr Ryota Kanai at the Institute of Cognitive Neuroscience, UCL (University College London) analysed the brain structures of ninety young adults who had reported their political attitudes on a scale from 'very conservative' to 'very liberal'. They found a strong correlation between an individual's view and the structure of the brain, particularly two regions.

People with liberal views tended to have increased grey matter in the anterior cingulated cortex, a region of the brain linked to decision-making, in particular when conflicting information is being presented. Previous research showed that electrical potentials recorded from this region during a task that involves responding to conflicting information were bigger in people who were more liberal or left wing than people who were more conservative.

Conservatives, meanwhile, found increased grey matter in the amygdala, an area of the brain associated with processing emotion. This difference is consistent with studies which show that people who consider themselves to be conservative respond to threatening situations with more aggression than do liberals and are more sensitive to threatening facial expressions.

Taken together, the findings suggest that, at least to some extent, political persuasions are encoded in the structure of the brain. However, given that the structure of even the adult brain can be altered with training, it is not clear whether these differences would affect a person's political choice or vice versa.

As part of the package broadcast on the Today Programme, the researchers also examined the brain structures of two MPs - Conservative MP Alan Duncan and Labour MP Steve Pound. Reassuringly, perhaps, the results tallied with the findings of their study.