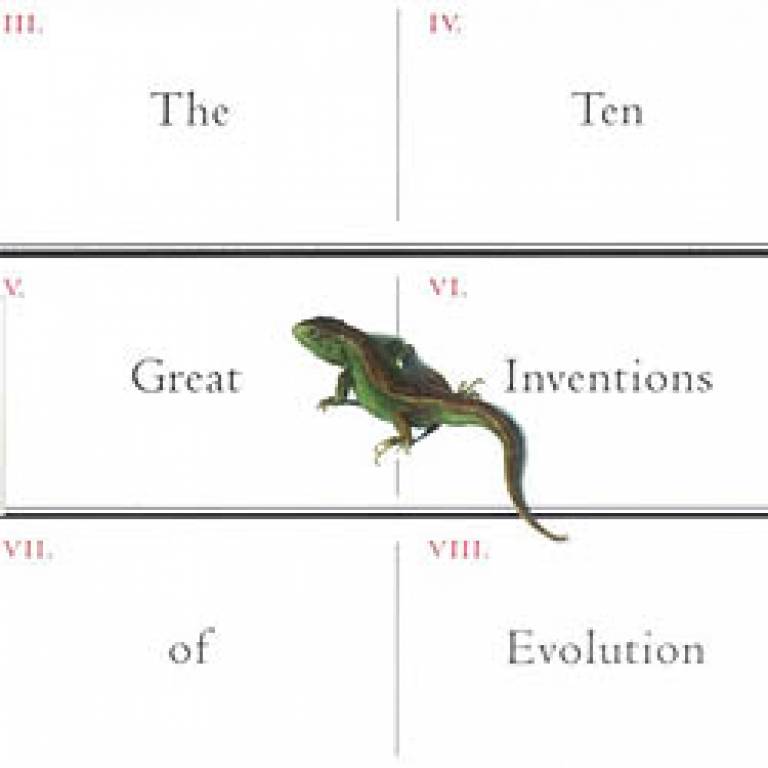 
Life Ascending, a history of life on Earth by Dr Nick Lane (UCL Genetics, Evolution and Environment) has been shortlisted for the Royal Society Science Book Prize.

The volume, published by Profile Books, charts the history of life on Earth by describing the ten greatest inventions of life, based on their historical impact, their importance in living organisms and their iconic power.

The judges said: "An elegant and adventurous step-by-step guide to what makes life the way it is. With a pleasing overarching structure, it is a beautifully written book and an extremely rewarding read."

Dr Lane is vying with five other science writers for the prize, which will be announced on 21 October. The winning book will receive £10,000.

Copies of each shortlisted book will be sent to Prime Minister David Cameron and Deputy Prime Minister Nick Clegg. Maggie Philbin explained: "It's never been more important to have a well informed picture of the world we live in and the role of science and technology. These books will tempt anyone curious about science but they should also be an essential reading list for politicians, public figures and decision makers who need to be across the very latest thinking."

Image: Detail from the dustjacket of Life Ascending by Dr Nick Lane

Dr Lane holds the first Provost's Venture Research Fellowship in UCL Genetics, Evolution and Environment, and is a founding member of the UCL Consortium for Mitochondrial Research. His research is on the role of bioenergetics in the origin and evolution of complex life.