This spring, UCL Communications ran the 'My Green Idea' video competition for students and staff at UCL and the Union to submit their ideas for how they can cut carbon emissions by 10% in 2010. 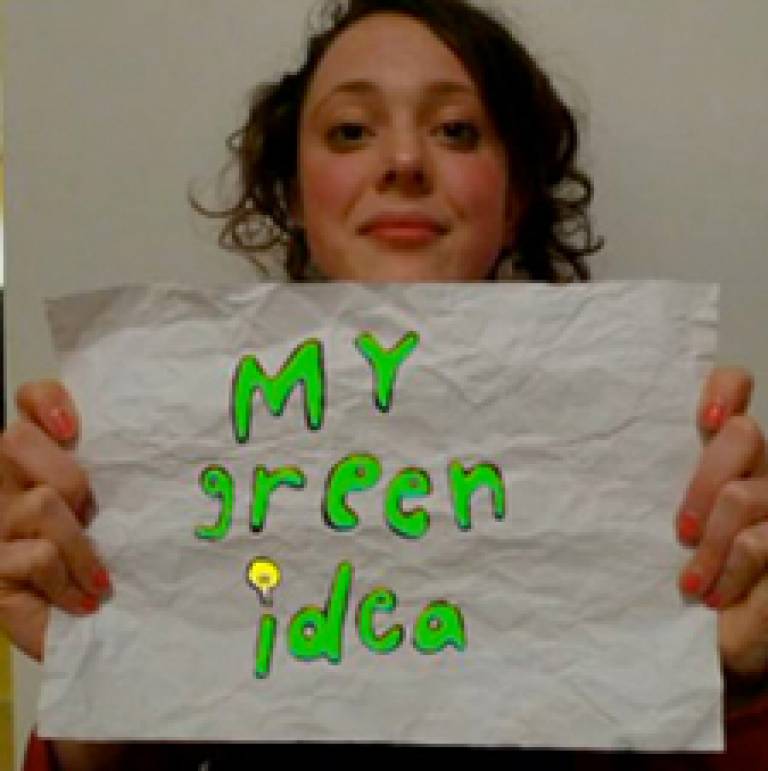 The winner for best overall film went to Zoe Powell for her video on 'greenwash' and consumerism that wastes large amounts of energy. The judges praised her film as 'hard-hitting and inspired' and 'complex, multilevel and multifaceted'. Watch the film below.

The best green idea went to Rita Issa for her encouragement of students to seek alternative forms of transport other than flying. The judges said it was a 'good sustainability idea with a likely large impact on carbon and presented in an engaging manner'. Watch the film.

The most inventive production went to Thomas O Leith for his animated piece on seven simple actions to cut our carbon footprint. Judges noted the film's

'brilliant animation, stylish and illustrative suggestions', with 'a variety of good sustainability ideas presented in a high quality format'. Watch the film.

Honourable mentions went to the films of:

The judges panel was comprised of: