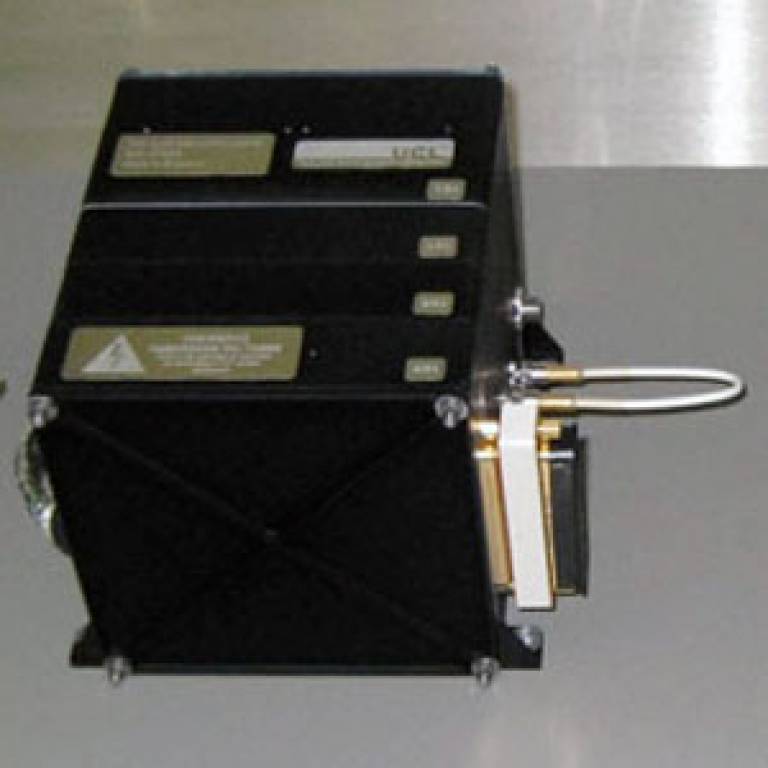 The Indian Space Research Organisation's ASTROSAT will be launched on a 'Polar Satellite Launch Vehicle' in 2010.

MSSL developed the precision high voltage generators that will operate its image intensifiers - the sensing element of the Ultra Violet Imaging Telescope (UVIT) that is part of ASTROSAT's scientific payload. The work was performed under contract to the Indian Institute of Physics (IIA).

The UVIT instrument is being produced by a partnership between India and the Canadian Space Agency. UVIT has three telescopes, one each for visible, near infra-red and far infra-red wavelengths.

MSSL has worked with all major space agencies around the world in the past, including NASA, the European, Russian, Japanese and Chinese agencies, but this is the first involvement with an Indian programme.

Professor Alan Smith, Director of MSSL said: "MSSL is very proud to have had the opportunity to support this exciting mission and hopes that this will be just the first instalment in a long and fruitful relationship with our Indian colleagues."

The programme began in November 2005 and the last unit (the flight spare) was shipped in June 2009.

The detector system chosen by IIA for the UVIT telescopes is based on the systems built by MSSL for the European Space Agency's XMM-Newton Optical Monitor, which was launched in December 1999, and the UV & Optical Telescope (UVOT) on the NASA mission SWIFT, launched in November 2004. Both these instruments have been highly successful and continue to operate in space.

For more information about MSSL follow the link above.