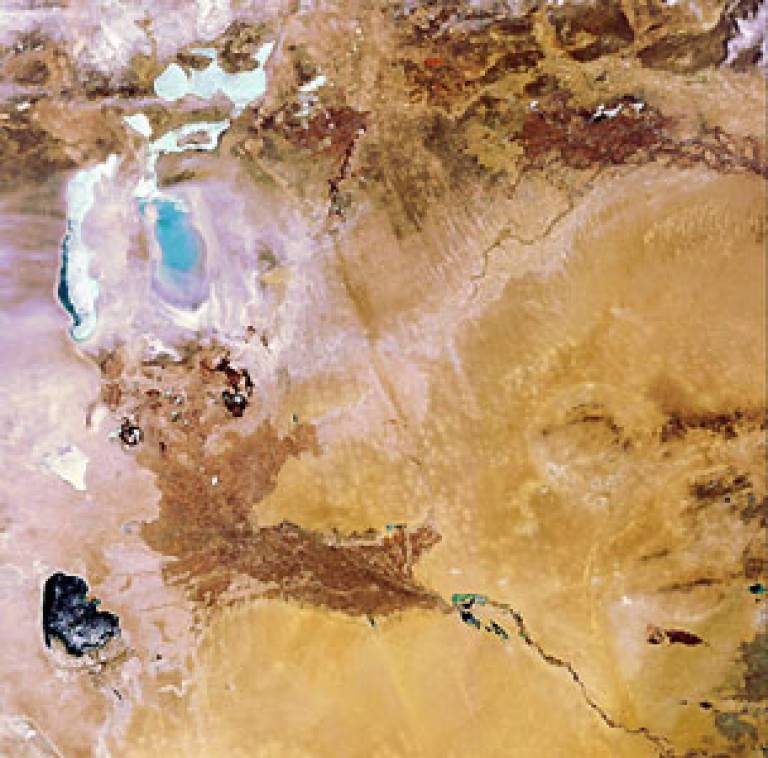 Failure to agree radical reductions in carbon dioxide emissions at the Copenhagen climate change conference in December would spell a global health catastrophe, warn Professor Sir Michael Marmot (Director of the UCL International Institute for Society and Health) and Lord Michael Jay in an editorial published today in The Lancet and the British Medical Journal.

The authors say that the scientific evidence that global temperatures are rising and that man is responsible has been widely accepted since the 2007 report by the Intergovernmental Panel on Climate Change. There is now equally wide consensus that the world must reduce CO2 emissions to at most 50% of 1990 levels by 2050, if it is to have even a 50% chance of preventing temperatures exceeding preindustrial levels by more than 2ºC, considered by many to be the tipping point for catastrophic and irreversible climate change.

The editorial goes on: "These arguments need to be tackled head on. Climate change is global, and emissions know no frontiers. The necessary measures should be seen not as a cost but as an opportunity. Coal fired power stations and internal combustion engines pollute the atmosphere and worsen health, and deforestation destroys biodiversity, whereas saving energy helps hard pressed household budgets, and drought resistant crops help poor farmers. So even without climate change, the case for clean power, electric cars, saving forests, energy efficiency, and new agriculture technology is strong. Climate change makes it unanswerable.

"Crucially for winning hearts and minds in richer countries, what is good for the climate is good for health…a low-carbon diet (especially eating less meat) and more exercise will mean less cancer, obesity, diabetes, and heart disease. Opportunity, surely, not cost."

Professor Sir Michael Marmot and Lord Michael Jay conclude: "A successful outcome at Copenhagen is vital for our future as a species and for our civilisation. It will require recognition by the rich countries of their obligations to the poor; and recognition by the poor countries that climate change is a global problem that requires a global solution in which we all have to play a part. It will require a new mindset: that the measures needed to mitigate the risks of climate change and adapt to its already inevitable effects provide an opportunity to achieve goals that are desirable in their own right-the achievement of the MDGs in the poor countries and a healthier more equal society in the rich world and globally. Failure to agree radical reductions in emissions spells a global health catastrophe, which is why health professionals must put their case forcefully now and after Copenhagen."

To read the editorial in full and media coverage, follow the links at the top of this article.

Image: The Aral Sea, which is drying out so rapidly that it has shrunk by two-thirds in less than fifty years, leaving two separate lakes where the world's fourth largest lake once was.

In May 2009, UCL and The Lancet launched a major report on managing the health effects of climate change, which stated that climate change is the biggest global-health threat of the 21st century. Global health and sustainable cities are two of UCL's Grand Challenges, UCL's programme of research to tackle the world's most pressing problems.