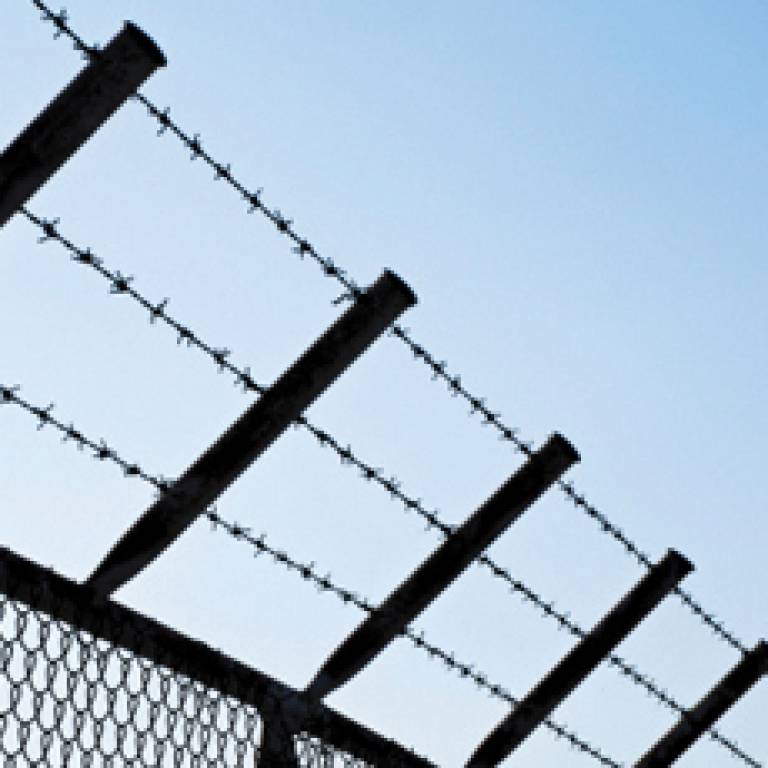 A new UCL report shows that the impact of detention is enduring - even if the period in custody is relatively short.

The report, carried out by the Migration Research Unit at UCL and the Zimbabwe Association, involved interviews with Zimbabwean asylum seekers: 21 ex-detainees and 14 detainee visitors.

The report, funded by the Nuffield Foundation, found that the majority of detainees experienced acute short-term distress - including deterioration in mental and physical health, flashbacks to confinement and past trauma, and difficulties in re-adjusting to life in the community.

The longer term effects were worse among ex-detainees who remain in limbo in the UK, lacking status and certainty about their futures. They described feeling depressed and anxious, and some said they had felt suicidal.

Although those who had since been recognised as refugees were faring better, they still were dealing with the legacy of their period in detention. The ex-detainees tended to have a great sense of being victims of injustice - a feeling that was not eradicated by subsequent acceptance of asylum claims and being granted British citizenship.

Francis, a torture survivor, who fled Zimbabwe only to be detained in the UK for five months, has since been recognised as a refugee and become a British citizen. He says in the report:

"Being granted citizenship can't cross out that experience of being in detention… I was persecuted by my government (in Zimbabwe)… and then detained for saying I'm persecuted… I think maybe it will be something I live with for the rest of my life."

Maxwell, another person who has since been recognised as a refugee, spent nine months in detention in the UK, says:

"It still gets to me, still comes back, even now, when I'm just lying down… the not being free, the fear, the being in prison when you've not committed a crime (in the UK), just for running when they (the Zimbabwean authorities) tried to kill you."

"The careless and indiscriminate use of detention as part of the UK immigration system is achieving little or nothing in enforcing immigration rules, but there is mounting evidence that it is damaging the individuals who experience it. The Zimbabwean detainees we talked to have already experienced much upheaval and trauma - many had been imprisoned and tortured by the Mugabe regime. They were very vulnerable and as our report shows even short periods in UK detention facilities are having lasting impacts. We are talking about people who, in some cases, have been subsequently recognised as refugees and granted citizenship - and in others, people who remain in the UK with no prospect of return. We are hurting our fellow citizens, we are damaging our country's reputation as a respecter of human rights - and all for nothing in terms of immigration law enforcement."

UCL context
The Migration Research Unit (MRU) is based in the Department of Geography at UCL. It was founded in 1988 and has developed a reputation for high quality research focused particularly on national and European migration trends and migration policy. Extensive links have been developed with governmental organisations, academic institutions and other agencies both in the UK and overseas. Research has been undertaken for the European Commission, the OECD, the Council of Europe, the UK Department for Education and Employment, the Home Office, the UN, the Australian Government.