The 8th October marks the day of two important announcements for UCL; our rise to fourth place in the THE-QS World Rankings, and the sealing of a major collaboration with Yale University. 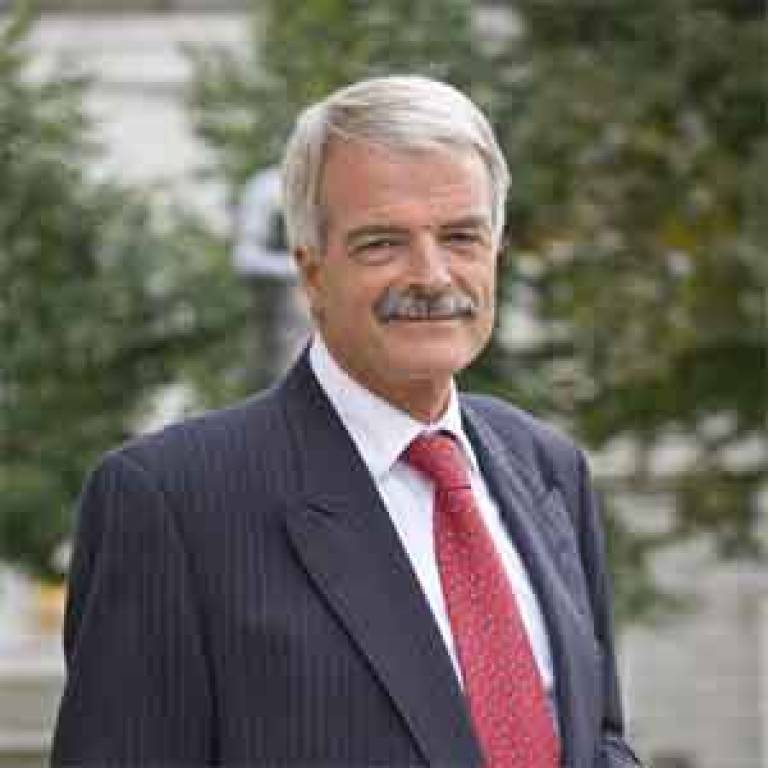 Listen to UCL President and Provost Professor Malcolm Grant discuss what these developments mean for the future of the university:

Read the interview below:

UCL's rise in the Times Higher rankings over the past few years to fourth place has been meteoric. To what can we attribute this success?
I'm not entirely sure.  I know that UCL is a quite outstanding institution which I always thought ought to be in top place, but it's taken a little while for the world to understand that! More seriously, it is an enormous vote of confidence in the quality of the academic staff that we've got in the institution. And you know, the metrics look at the research output, grant awards, the investment that we've making in facilities etc the future. I think people can see that this is a university that is different, and is forging ahead.

Together with UCL's top place in the THE league table of research grant wins which was announced in September, UCL's placement at number four is the first time that the universities of Oxford and Cambridge have faced such a challenge by another UK university. Is UCL defining a new approach for universities?
Yes I think we are. I've enormous respect for Oxford and Cambridge - I think that they do what they do extremely well. But I don't want to be measured against them. I want UCL to have an entirely different model of education and of research; to take full advantage of its position in London, its relationship with its partner hospitals, and its global footstep and influence.

We've got another wonderful piece of news to announce today, which is UCL's agreement with Yale? What is the significance of this partnership?
It's immensely important, because it brings together two of the world's leading institutions on the basis that if we combine our firepower, there's not much that we can't solve. We'll start off with a collaborative in biomedicine, which means that we've also brought into the partnership our partner hospitals, both in Yale and in London, and we're trying to look at new pathways from the laboratory through into clinical care and into primary care to advance the health of nations. We discovered at an early stage the great complementarity that existed between us in terms of both our research interests, and our patient base, and on that, it is possible to build a collaboration that can be enduring, which can attract highest quality research on both sides of the Atlantic, and deliver real benefits to patients.

How will the Yale collaboration benefit UCL staff and students?
A lot is still to be worked out. There's already been quite a lot of traffic between Yale and UCL; some of it physical, most of it virtual. We would like to be able to devise a model in which it would be possible for faculty to go on exchanges, and if we can overcome some of the regulatory issues, for rotations of medical students and house officers to occur - though there are quite difficult clinical barriers on both sides of the Atlantic.

For the past few years, it has been a key part of UCL's strategy to streamline and strengthen our biomedical offering. To what extent is the Yale partnership a continuation of this?
Well, it recognises two things - firstly the strength of biomedical research at UCL which I think is universally understood, and secondly our burgeoning partnership with our hospitals. We've entered into this because we believe that if you combine the three missions of research, teaching and clinical care, and if you have each forcing change into the other, you come up with a much more powerful model than we previously had, in which to some extent they'd taken place in different universes. So if you can do that here - and you can do it in combination with Yale, and we can carry it through into our major new investments at UCL, which is the big medical research institute at St Pancras, the new Sainsbury Wellcome Centre for Neural Circuitry and Behaviour - we've got a fantastic model for the future. As I look ahead to the three or four years, and we know it is going to be tough, it's absolutely critical for UCL to maintain its world-beating research over that period, and to come out much strong at the end of the recession.

So you feel that UCL's approach really can point a way through the times that lie ahead?
Not without challenge. But there's no way out of a recession except for building and developing and investing in the future. Simply to sit back and batten down the hatches, I don't think is enough. That's why I'm so excited about the rankings, and so excited about the Yale collaboration, because I think they are a very important part of tracking the future for this great university.