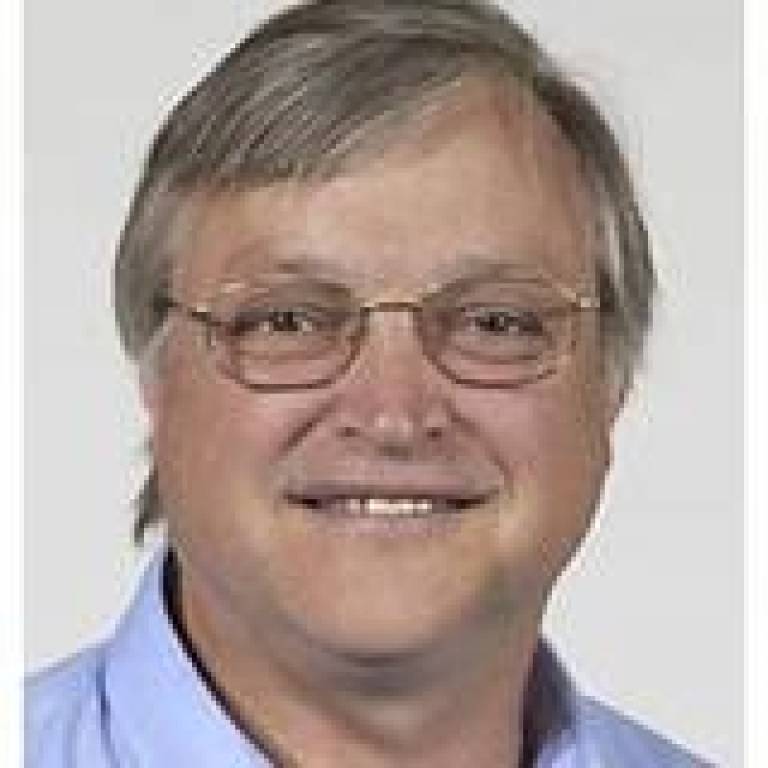 Professor Hilary Calvert has received the Lifetime Achievement Award in the 2009 Excellence in Oncology Awards from the British Oncological Association.

Professor Calvert, who has recently been appointed Director of Cancer Drug Discovery and Development at the UCL Cancer Institute, is internationally known among medical oncologists for his seminal work on chemotherapy and the development of the Calvert formula, which has benefited countless patients around the world.

The awards, which are run by the British Oncological Association (BOA) in conjunction with Pfizer Limited, recognise and reward best practice in oncology management, education and patient care across the UK. They are open to individuals or teams involved in oncology-related patient support and champion best practice in the treatment and care of cancer patients.

Richard Sainsbury, chair of this year's judging panel and BOA president said: "Hilary Calvert has had an outstanding career, making substantial advances in research and in anti-cancer drug development. His clinical commitment has led to innovative and lasting contributions that continue to benefit patients today. He is widely admired for his dedication and integrity, and for the respect with which he treats both patients and colleagues alike. This award is richly deserved."

As well as his new appointment as Director of Cancer Drug Discovery and Development at the UCL Cancer Institute, Professor Calvert will also take over as Chair of the New Agents Committee at Cancer Research UK this December. He is a member of the Department of Health's Gene Therapy Advisory Committee and has recently served on the Health Services and Public Health Research Board at the Medical Research Council. Internationally, he is a member of the EORTC Pharmacokinetics and Molecular Mechanisms Group.

Described by his peers as "a truly outstanding colleague", Professor Calvert is widely known as an enthusiastic, warm person who is always willing to help and to share his scientific insights.

In 2005 he was awarded the Pfizer Research Innovation Award - an award made annually within Europe but encompassing all areas of science - for his work on developing new anti cancer drugs.

UCL context
The UCL Cancer Institute is located in the heart of the UCL campus, adjacent to the Wolfson Institute for Biomedical Research (WIBR) and the new University College Hospital (UCH). It one of the most eminent Biomedical Faculties in Europe fostering interactions and collaborations between cancer researchers and scientists in nanotechnology, bioinformatics, developmental biology, stem cell research, immunity, engineering and medicinal chemistry.